Box office history was made when Marvel Studios? Avengers: Infinity War shattered all opening records, surpassed the $2 billion mark at the global box office in just 48 days, and remains the fourth highest-grossing film of all time. Now, the cinematic event ten-years in the making comes home Digitally on?July 31st and Blu-ray on?August 14th with over two hours of never-before-revealed details of its unprecedented, ten-year cinematic journey which includes an epic filmmaker roundtable, an inside look at the surprising Super Hero pair-ups, deleted scenes and more! 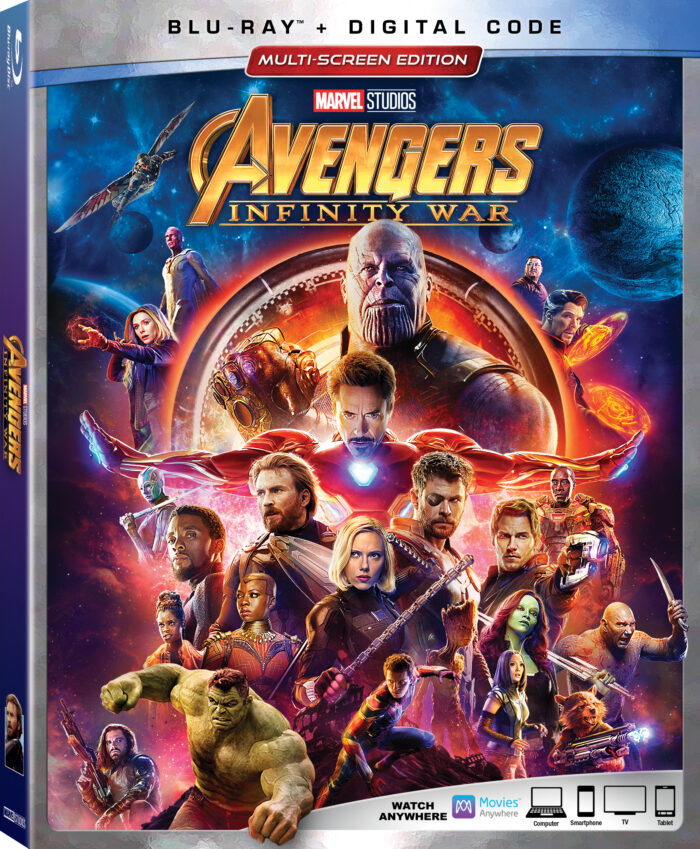 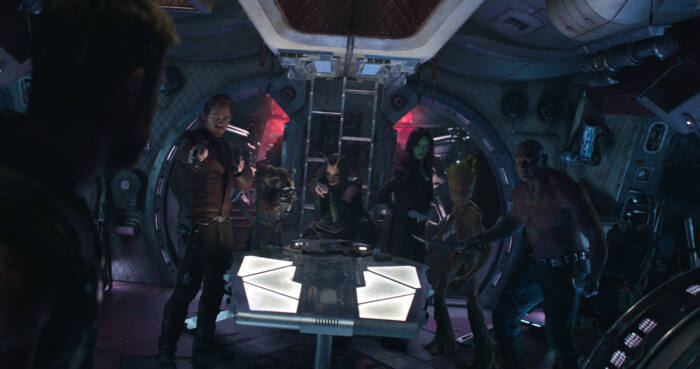 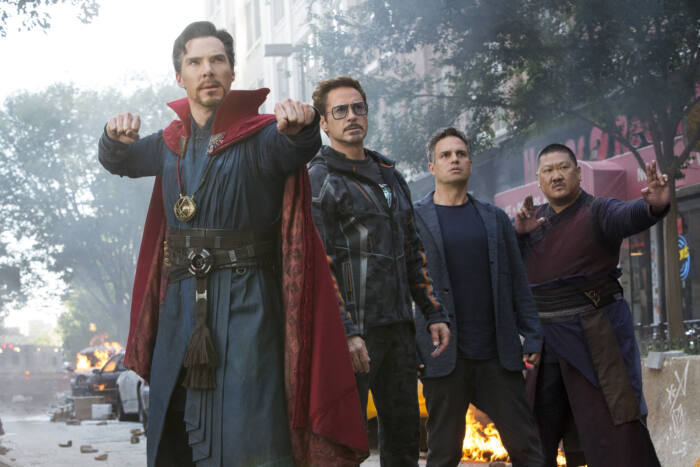 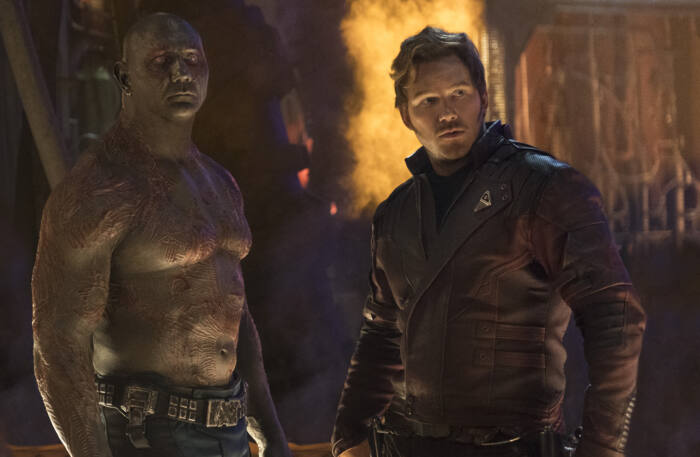 Check out this preview of the gag reel. 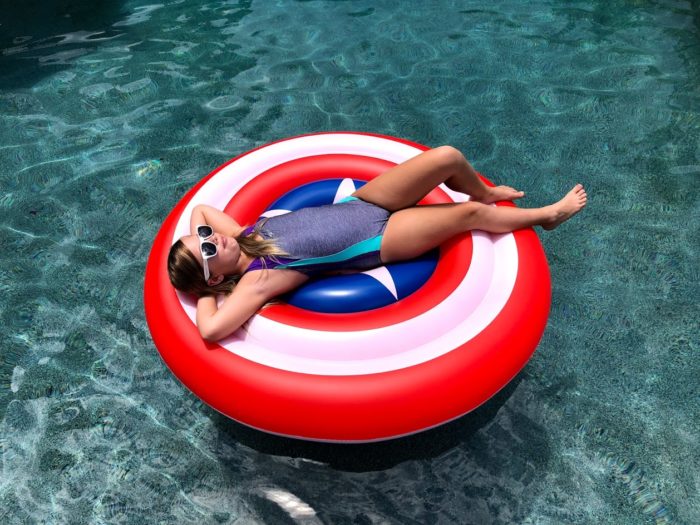 Here is Big Sis soaking up some sun on a Captain America float. My family LOVES all things Marvel. 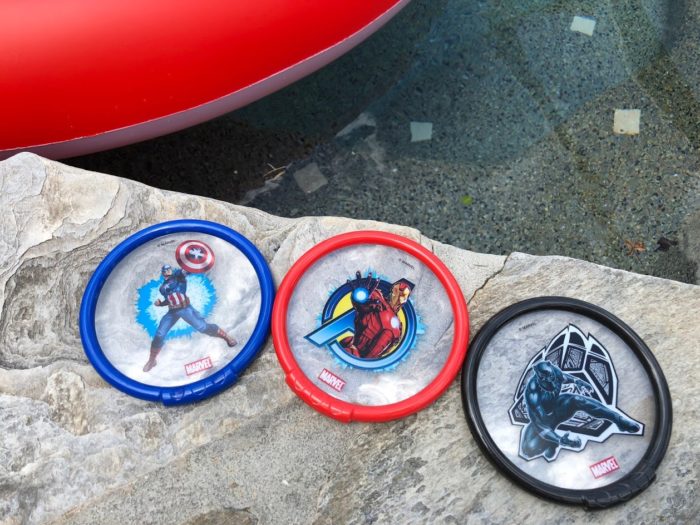 Here is a picture of me grilling with my Marvel’s Avengers: Infinity War apron. Girls can grill too! 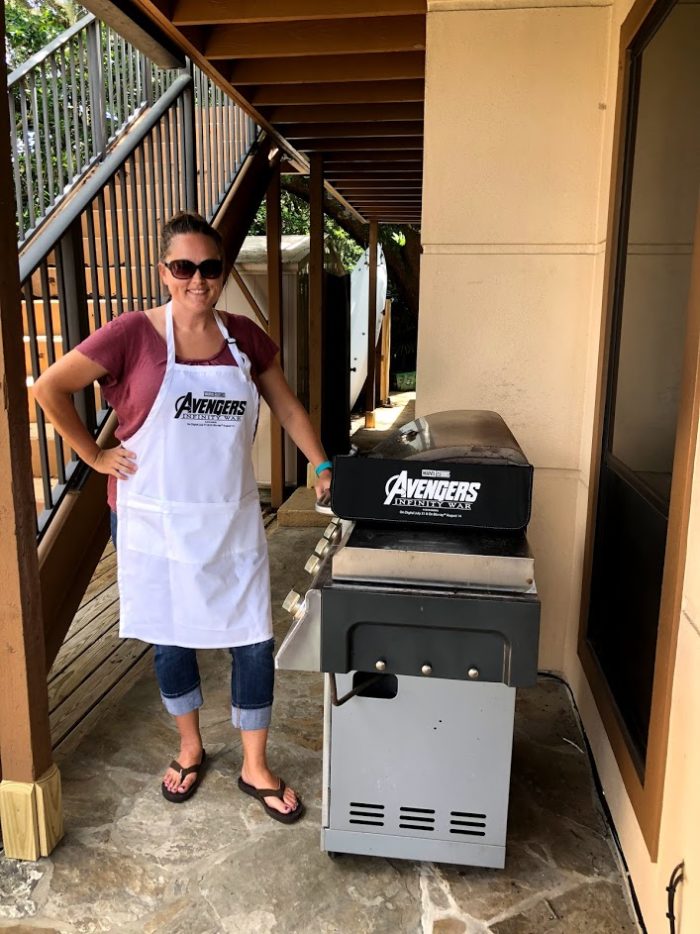 Marvel’s Avengers: Infinity War is the ULTIMATE Marvel movie bringing all the characters together for a movie FULL of action! My husband can be very critical of the movies in the Marvel cinematic universe but he was blown away with how amazing this movie is. The Multi-Screen Edition includes a Blu-ray and a Digital Copy of the film, giving viewers the flexibility to watch the film on different devices. Those with 4K Ultra HD capability may opt for a 4K Cinematic Universe Edition, which includes a 4K Ultra HD disc, a Blu-ray, and a Digital Copy. And for those who wish to catch up on their MCU history, select retailers are also offering bundled packaging as well as individual Digital and Physical releases of ?Marvel’s The Avengers? and ?Avengers: Age of Ultron.? I recommend all the bonus features included in the Blu-ray copy for added fun, especially the beyond the battle clips as it is amazing to see everything that it takes to put an epic battle scene together.

Previous Post: « The Digger and the Flower by Joseph Kuefler
Next Post: Muppet Babies: Time To Play! on DVD »