My love of games will never cease. Granted with two small girls at home I am limited to after their bedtime for actual game play. Since my game time is shorter than my pre-children days I only play games that I really like and Awakening Kingdoms from Big Fish Games is one that has captured me and I can’t stop playing it. 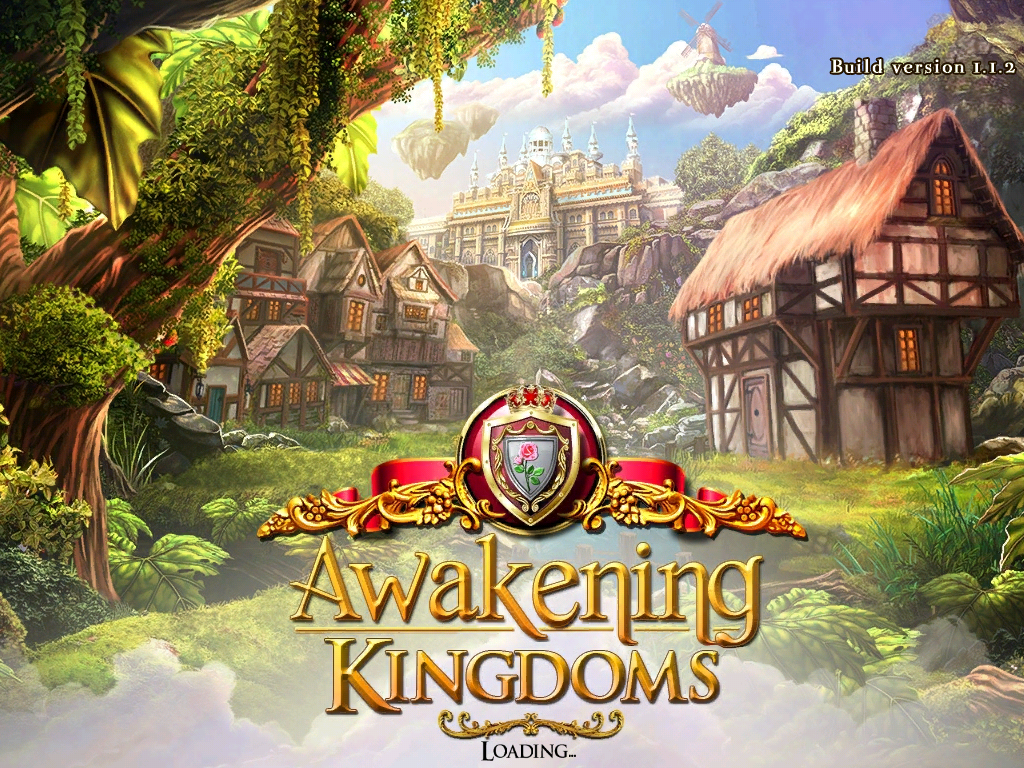 The story behind Awakening Kingdoms
For years the Skyward Kingdom was under the threat of the dark mage Dreadmyre.  Once awakened from her magic induced sleep, Princess Sophia
embarked on a quest to defeat Dreadmyre, rescuing the Skyward Kingdom
and becoming its beloved Queen.  Even though Dreadmyre was defeated, his
evil still lingers in the Skyward Kingdom and the war against him has
left much of the once beautiful land in ruins.

What’s worse, Queen Sophia’s parents
are still missing, believed to have been imprisoned in some distant land
by Dreadmyre when he came to power!  Torn between her desire to rescue
her parents, and her royal duty to care for her people and restore her
lands, Queen Sophia has chosen you as her
royal steward and charged you with leading the kingdom in her stead.
You, as the kingdom’s Steward, must protect the citizens of Skyward
Kingdom, gain their trust and put them back on their feet, and with a
land as vast as the Skyward Kingdom, your ‘to do’ list as royal Steward
couldn’t be longer!

First on your list is restoring Queen Sophia’s
castle and rebuilding the towns destroyed in the war against
Dreadmyre.  In doing so you will meet the citizens of Skyward Kingdom
and help them rebuild their shops and homes. Many citizens you may
recognize from Sophia’s quest to defeat Dreadmyre. These citizens will
need your aid in important quests that will require you to explore the
fantasy world of Skyward Kingdom through mini-games and hidden object
scenes. The more quests you undertake, the more Bolgins (Goblin Gold)
you will earn to put toward restoring Queen Sophia’s castle and kingdom!

This app requires iOS 6.0 or later and is compatible with iPhone, iPad, and iPod touch. This app is optimized for iPhone 5. All the pictures are screenshots of me playing it on my iPad mini because that is the device I prefer to play games on. Check out the amazing graphics from the game. I am blown away with how crisp and clear the images are. 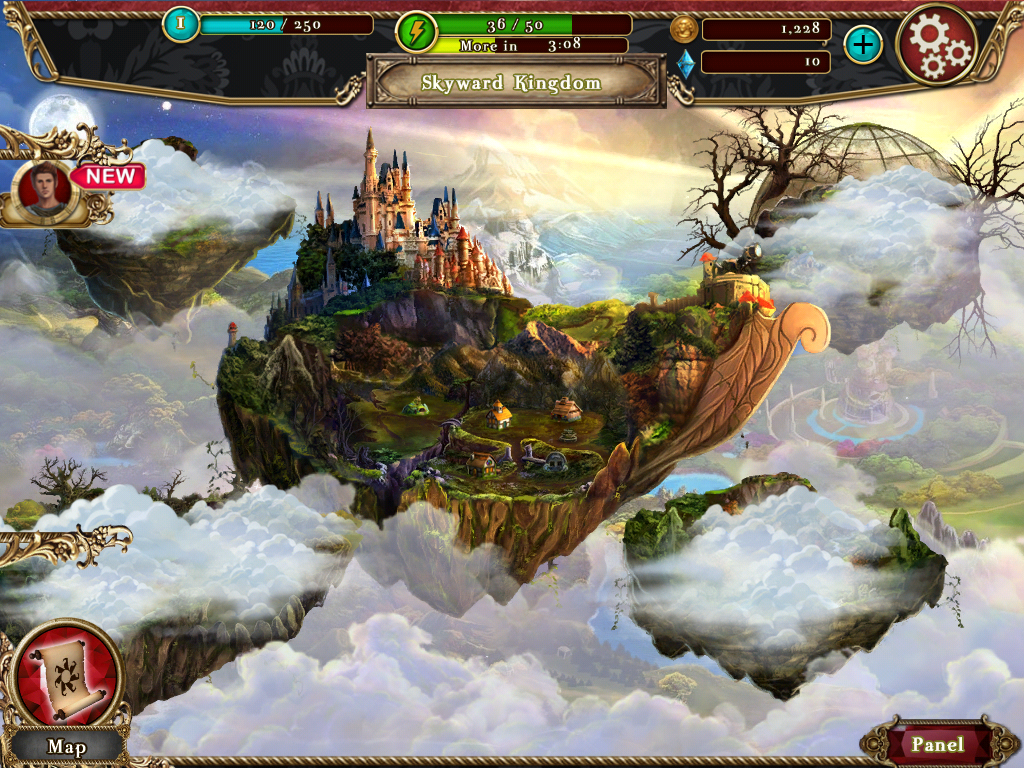 Here is a picture of Skyward Castle in a serious state of disrepair. You search for objects and earn gold as well as play mini-games for gold. You need that gold to slowly repair this castle to its former glory. 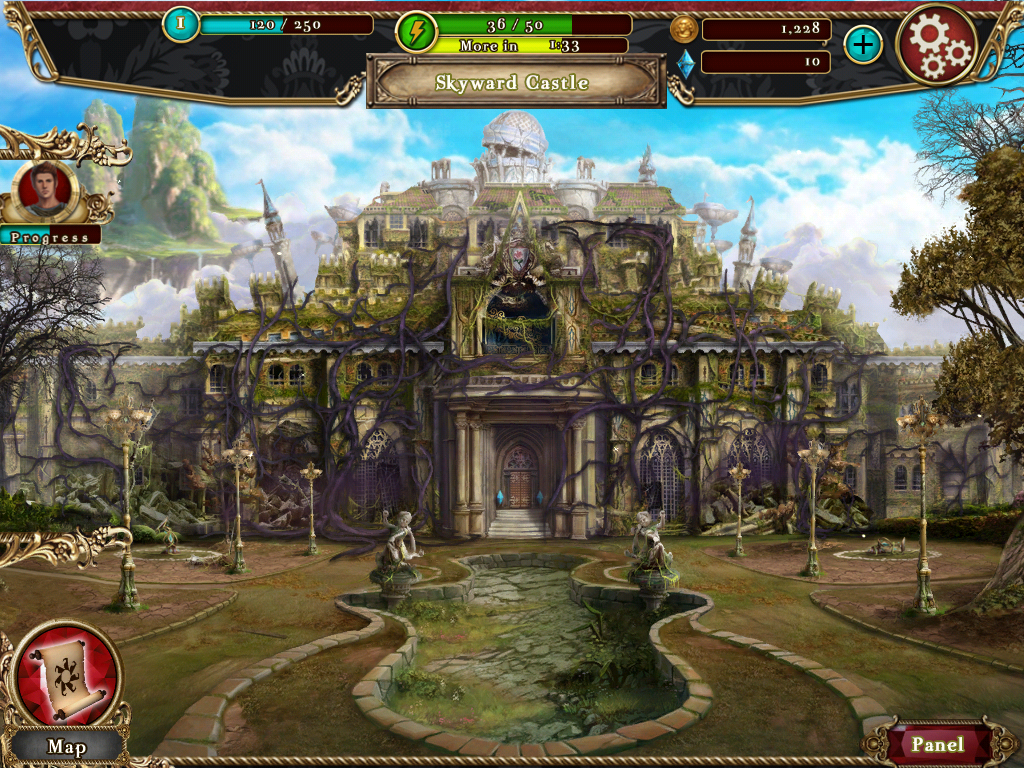 You also will be repairing the surrounding villages. You get to talk to many characters that you will help and some will even help you. Don’t worry if you get confused since the game will help you along the way. Where it says new in the picture below, that is the way I know to click on it and find some new tasks that have been unlocked. 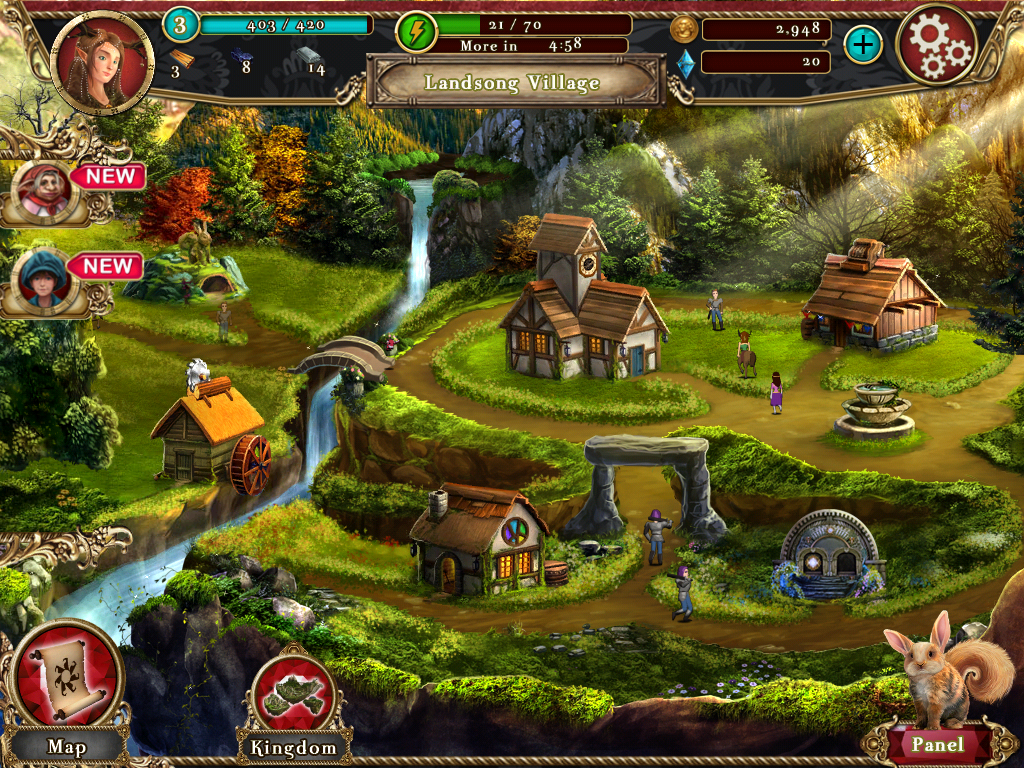 You get to search for hidden object in scenes, just like the one pictured below, for needed objects to complete your journey. They change a little each time you play the same one so it is a little different every time. Do it quickly so you can earn time bonuses! 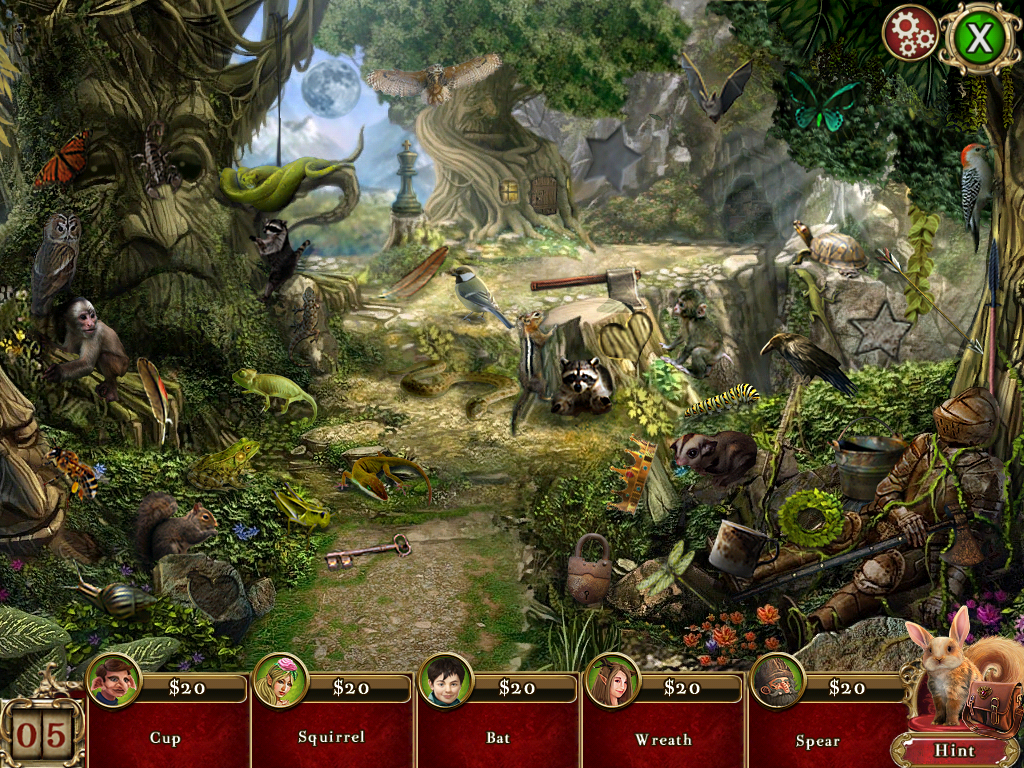 Of course as any gamer would tell you the important part is leveling up. It takes you further into your journey. 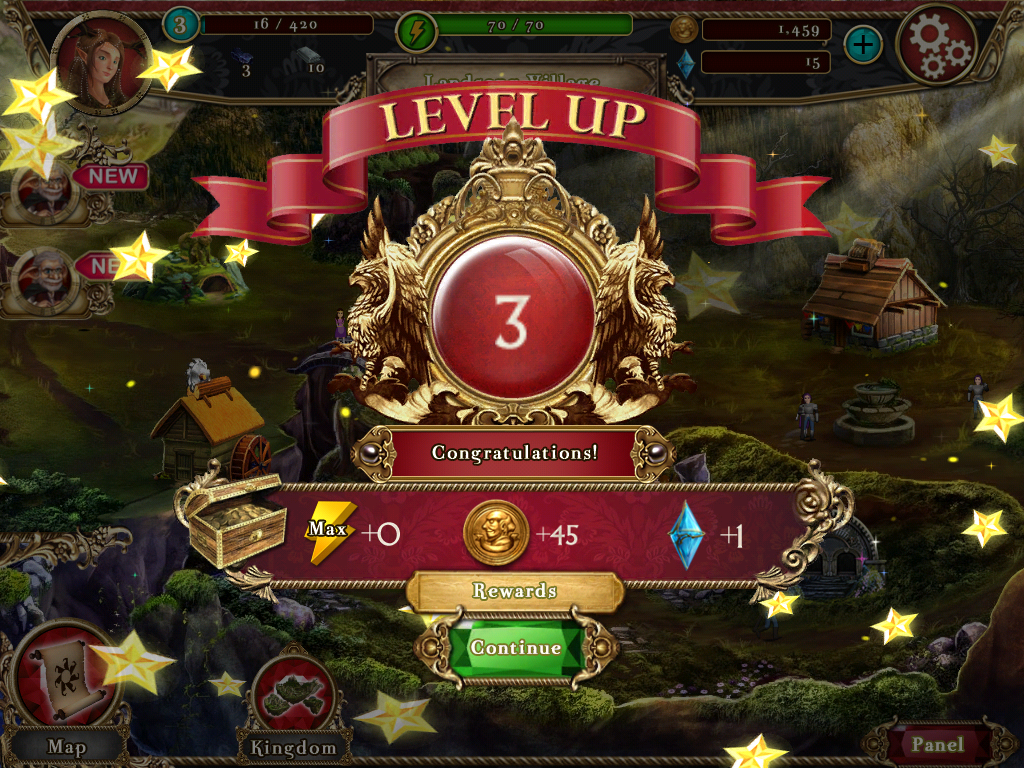 Awakening Kingdoms is a free-to-play mobile game that is a fantastic new way to experience this magical world. What I like is that it has new locations, characters and quests being added each month so that it is always exciting and ever changing. My adventure in this kingdom has only just begun and I can’t wait to see where it takes me.