Disclosure: This post may contain affiliate links. As an Amazon Affiliate I receive a small commission at no cost to you when you make a qualifying purchase using my link. 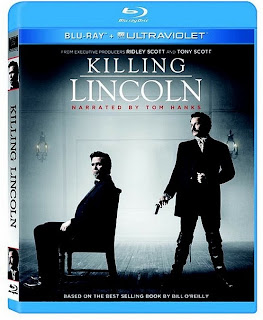 “Based on The New York Times best-selling novel, KILLING LINCOLN is the suspenseful, eye-opening account of the events surrounding the assassination of U.S. President Abraham Lincoln. While some aspects of the plot to slay Lincoln and cripple the newly forming union are widely known, much more of the history unfolds in this insightful thriller. As John Wilkes Booth becomes increasingly obsessed with removing Lincoln from office, a secret faction of conspirators forms, and ultimately empowers Booth to carry out an event that will change America forever.” I have always been interested in Lincoln and Kennedy’s assassinations. I was pretty excited when I was offered the opportunity to review Killing Lincoln Blu-Ray.  I had heard great things about the book.  It is narrated by Tom Hanks (I love him) and stars Billy Campbell as Lincoln.  Do any of you remember him on The O.C.? 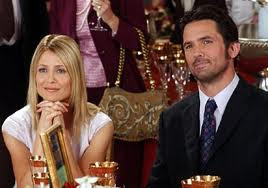 My whole family sat down and watched Kiling Lincoln one evening.  I was really surprised my kids (ages 9-11) wanted to watch it and they really got into it.  They asked a lot of great questions.  One of my daughters fell asleep with about 20 minutes left to go.  When she awoke the next morning, she asked if she could finish “the movie.”  Keep in mind she is nine….and Killing Lincoln grabbed her attention.

Killing Lincoln is very educational and is not blood-n-guts.  It was very tastefully produced and offered so many facts and theories.  My husband who is a social studies teacher, especially loved it.  He is excited to be able to use Killing Lincoln in the future.

His favorite part was the study guide!  How exciting for all educators or history fans.  I have never seen a study guide accompanying a documentary. 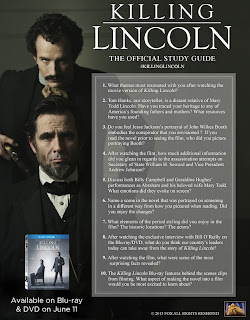 What I really liked about Killing Lincoln was the way the story unfolded.  I realized I didn’t know all the events leading up to Lincoln’s murder.  It was much more in-depth than what I remember learning in school.  I found it all very interesting.

You can connect with Twentieth Century Fox Home Entertainment on-line and @FoxHomeEnt on Twitter.

Previous Post: « 4th of July Cupcakes with Jell-o Frosting
Next Post: Thumbs Up WineFinder app for your iPhone – Review »