For a media franchise that began in the early 90s (TCGs in 99), it’s still extremely popular and something that my Teen and many of his friends have been into for years. As an old school TCG and RPG’er, it’s nice to see my son playing a game that doesn’t have controllers attached to it! 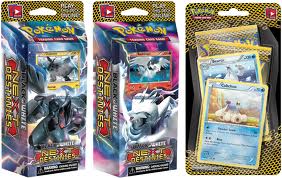 Each Theme Deck or Booster Pack also includes a code where you can go online and unlock virtual cards to play in the Pokemon Trading Card Game Online. I thought this was neat! It’s like two games in one. Also, I noticed it helps for when my son wants to play with friends far away and/or anyone across the world! 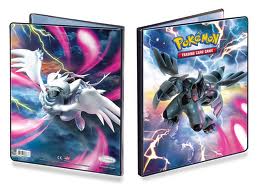 Whether your child is just getting into Pokemon or has already been a big fan (and probably knows this expansion pack), these are great Booster and Theme Packs. I know this because my son got incredibly (overly) excited the moment he got them and began exclaiming to me what each and every card was and what they could do and how much it was going to rival his friend’s packs. It is always nice to see him so happy about something and to have a game that really uses mental strategy. Go grab a pack at your local retailer! You can also start off like me, it’s a great Mom / Teen game!

Purchase: You can purchase Pokemon TCG Black & White Next Destinies at your local retailers and/or on Amazon