This is a partnered post, though all opinions are my own.
A delicious baked treat, this caramel apple cinnamon roll bake makes a perfect breakfast casserole or dessert for fall. Your family is going to love this baked deliciousness! 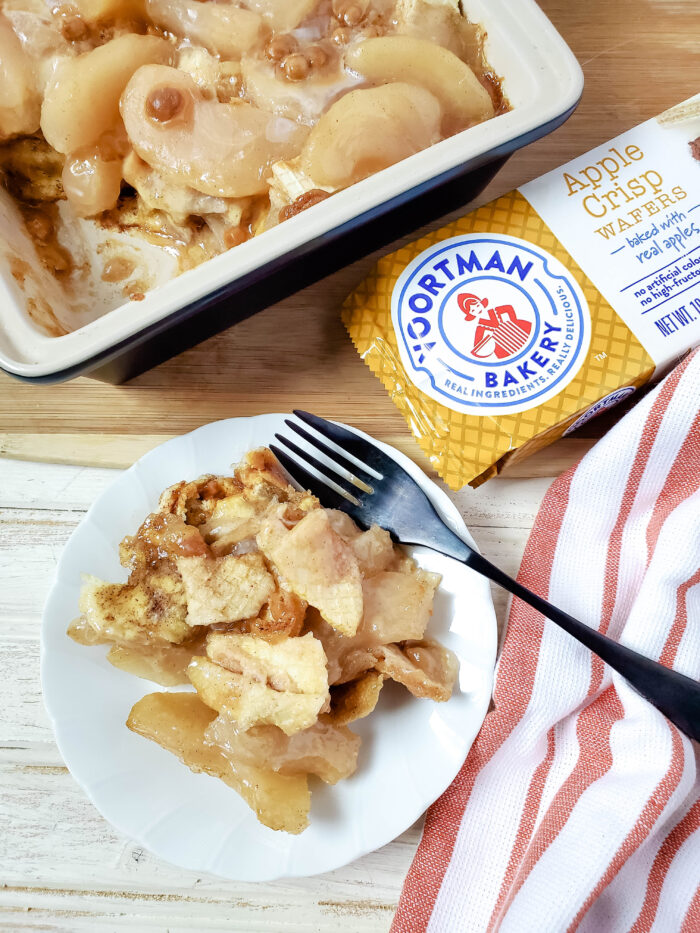 Super simple to make, you will spend just 5 minutes prepping, then 30 minutes baking this caramel apple cinnamon roll bake. You could easily double or triple this recipe to feed a larger crowd as well. 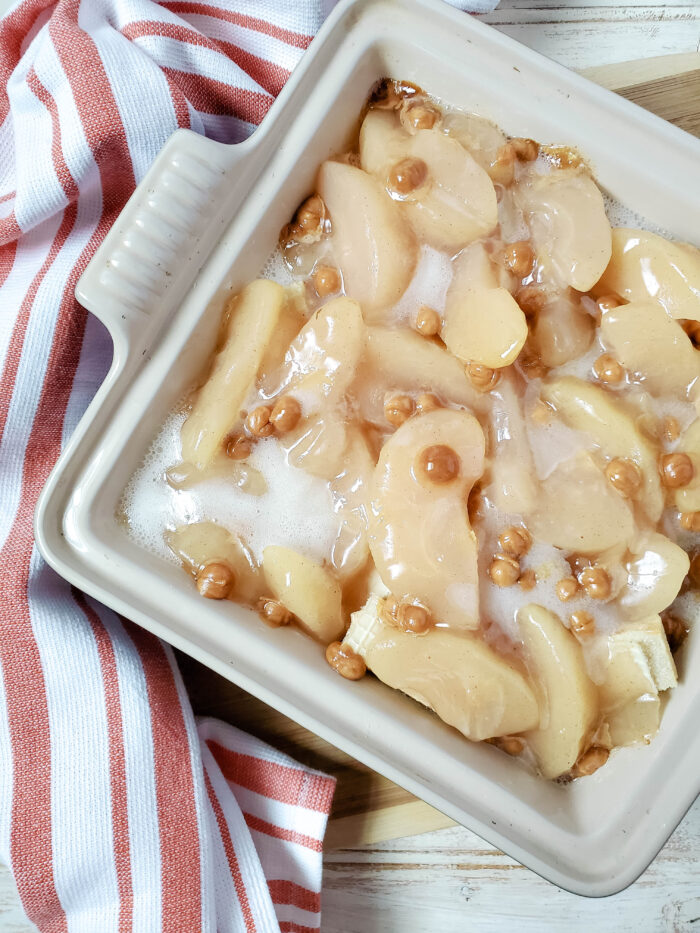 The secret to this delicious apple casserole is Voortman Apple Crisp Wafers. They are layered in this casserole dessert, giving an extra addition of apple flavor.

You should try these other tasty recipes that I have made using Vootman Bakery cookies and wafers. 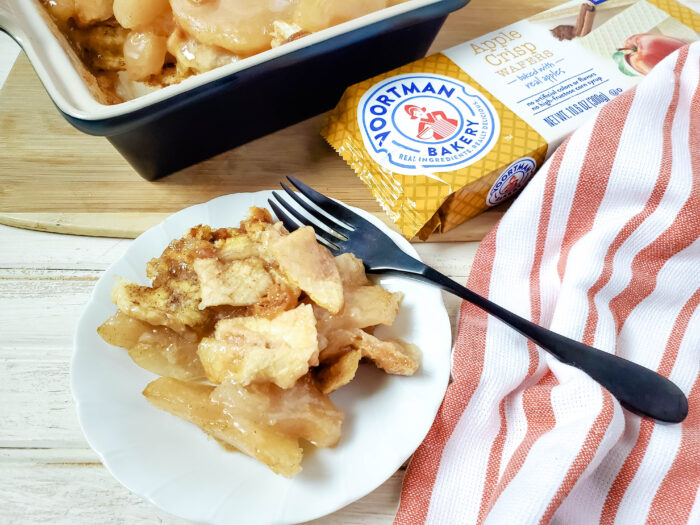 Alright, now let’s get on to this delicious recipe! You will need just 4 simple ingredients to make this recipe, along with a small casserole dish.

What kind of pan is best for baking cinnamon rolls?

I like to use a 9×9 inch pan when baking my cinnamon rolls, and it is perfect to use for this apple cinnamon roll bake too. Here is a casserole dish similar to the one that I used. If you are making a double batch of this recipe, a 9×13″ pan should work well. 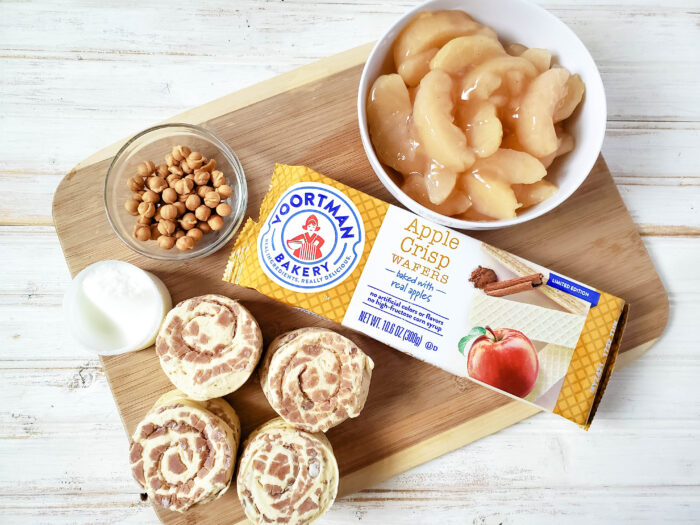 How do I make this caramel apple cinnamon roll bake?

Making this recipe is super easy. Pick up the following items the next time you are at the store.

Then you’ll cut the cinnamon rolls into quarters, and layer them at the bottom of your casserole dish. Top with apple pie filling, Voortman Apple Crisp Wafers halves, and caramel bits. Once your layeres are done, bake for 30 minutes. Print the full recipe card below. 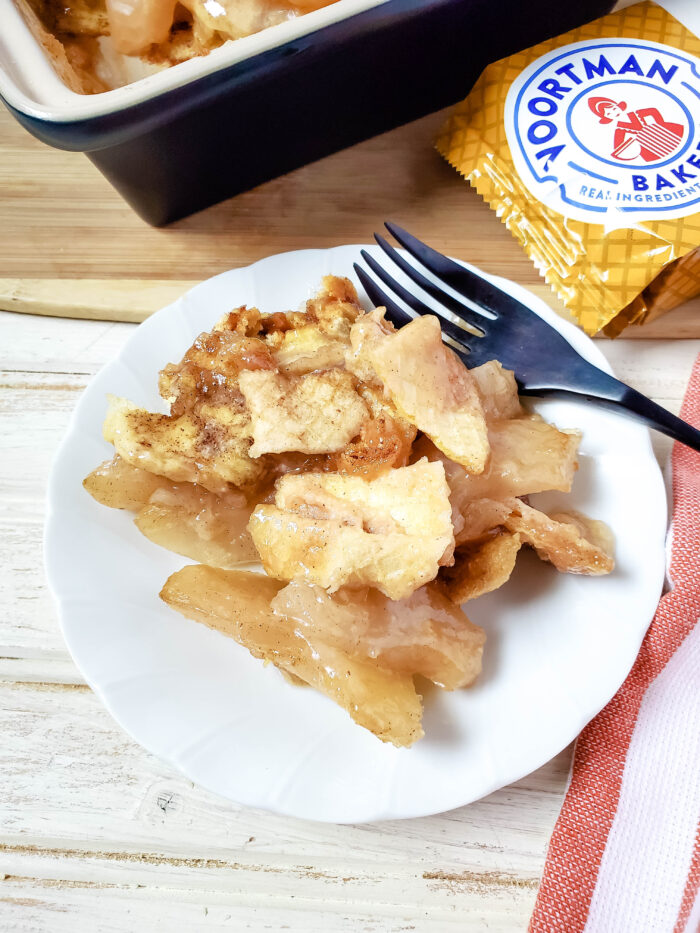 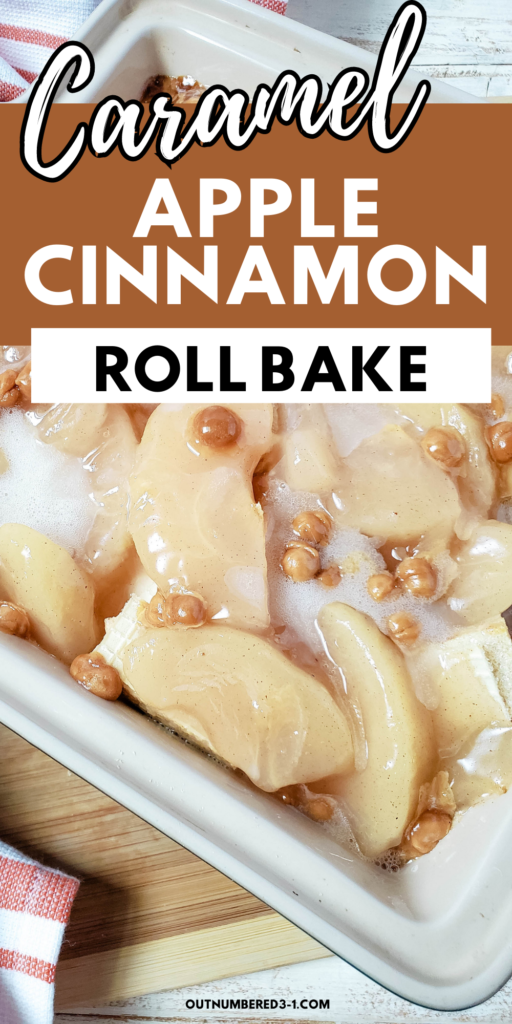