I received #SCOOBMOVIENIGHT promo box for this feature. Opinions expressed are my own.

Ruh-Roh! Break out the popcorn and the chew toys, grab a comfy seat and get ready to connect with friends and family because Scooby-Doo and the whole Mystery Inc. gang are bringing the party to your house. On Friday, May 15 everyone is invited to the Twitter #ScoobMovieNight premiere event, hosted by the big dog himself, to celebrate the release of the brand new, fully animated, full-length action adventure feature SCOOB! on Premium Video on Demand or Premium Digital Ownership. 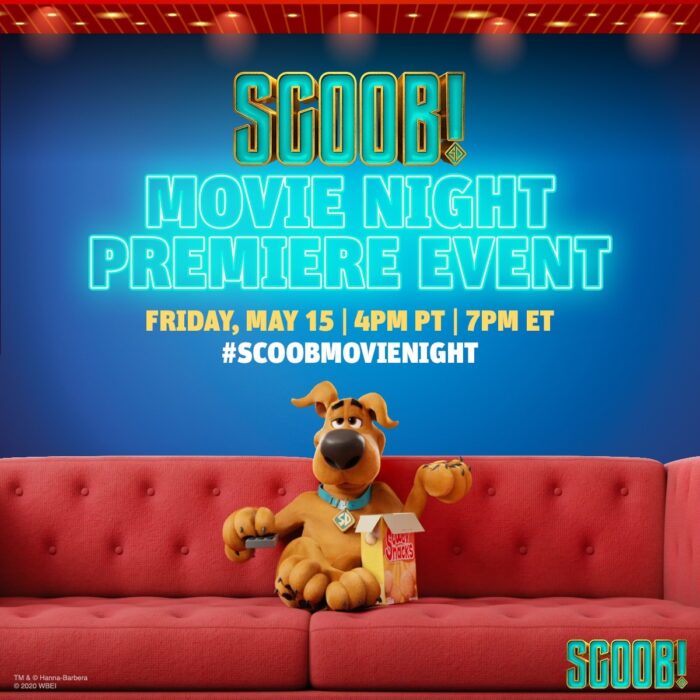 â€œSCOOB!â€ reveals the never-before-told story of Scoobyâ€™s origins. It shows how one of historyâ€™s most famous friendships began when an adorable, homeless puppy met a lonesome young boy named Shaggy, and how the two of them joined forces with aspiring young detectives Fred, Velma and Daphne to become the celebrated Mystery Inc. Now, with hundreds of cases solved and adventures shared, Scooby and the gang face the biggest and most challenging mystery of their careers: a plot that will unleash the legendary ghost dog Cerberus upon the world. As they race to stop this â€œdogpocalypse,â€ they discover that Scooby has a secret legacy and an epic destiny greater than anyone imagined.

It was directed by Warner Bros. animation stalwart Tony Cervone, an Annie Award nominee for the feature film â€œSpace Jam,â€ two-time Emmy nominee for his work on â€œDuck Dodgersâ€ and one of the creators of the popular Scooby-Doo series â€œMystery Incorporated.â€

Check out the SCOOB movie trailer below!

Rated: PG for some action, language and rude/suggestive humor.

Hereâ€™s a #SCOOBMOVIENIGHT Party Pack and Activity Guide to get you and the family ready for the big night! 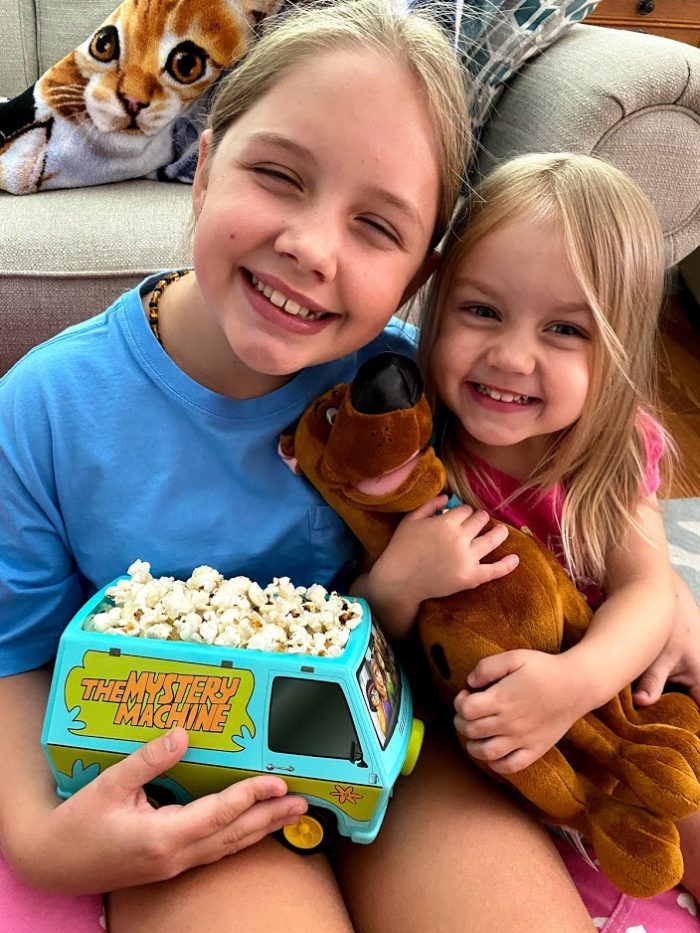 ZOINKS! JEEPERS! RUH-ROH! Starting this Friday, May 15th, â€œSCOOB!â€ will be available for a 48-hour rental via Premium Video On Demand for $19.99, or premium digital ownership for $24.99 (prices listed SRP). The title will be available on participating digital platforms. For more details please visit https://www.watchscoob.com and make sure to tune in on twitter at #SCOOBMOVIENIGHT .