I received DC Super Hero Girls: Powerless for this feature. Opinions expressed are my own. 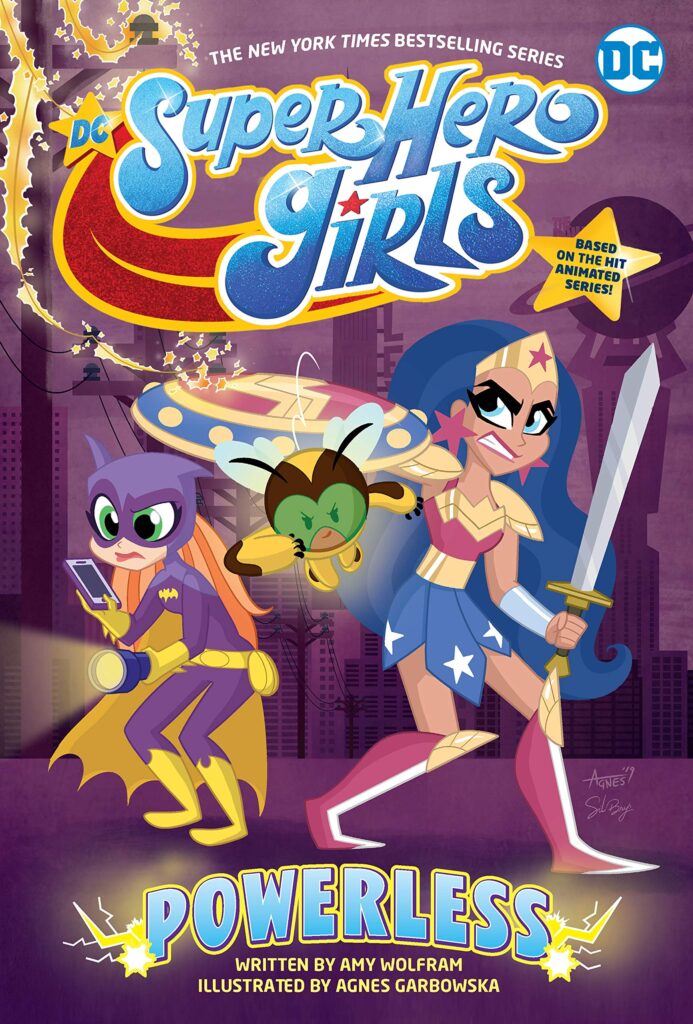 The DC Super Hero Girls learn what it’s like to be POWERLESS in the second original graphic novel based on the hit new Cartoon Network series.

When the electric grid and cloud computing get knocked out on the same night, the Metropolis High Hamsters aren’t quite sure how to deal…with a cafeteria that only accepts CASH?! And some of the girls are more affected than others–Batgirl without her smartphone barely makes it to school at all, but Green Lantern is mostly determined to keep her friends safe. Speaking of which, has anyone seen Bumblebee?

With half the team out of commission, how will the girls find the source of the problem and fix it before Sweet Justice runs out of non-frozen desserts?!

DC Super Hero Girls: Powerless continues to develop the relationships forged throughout the beloved DC Super Hero Girls series. This story is perfect for ages 6-10 and a great entry point into the DC Universe and graphic novels. 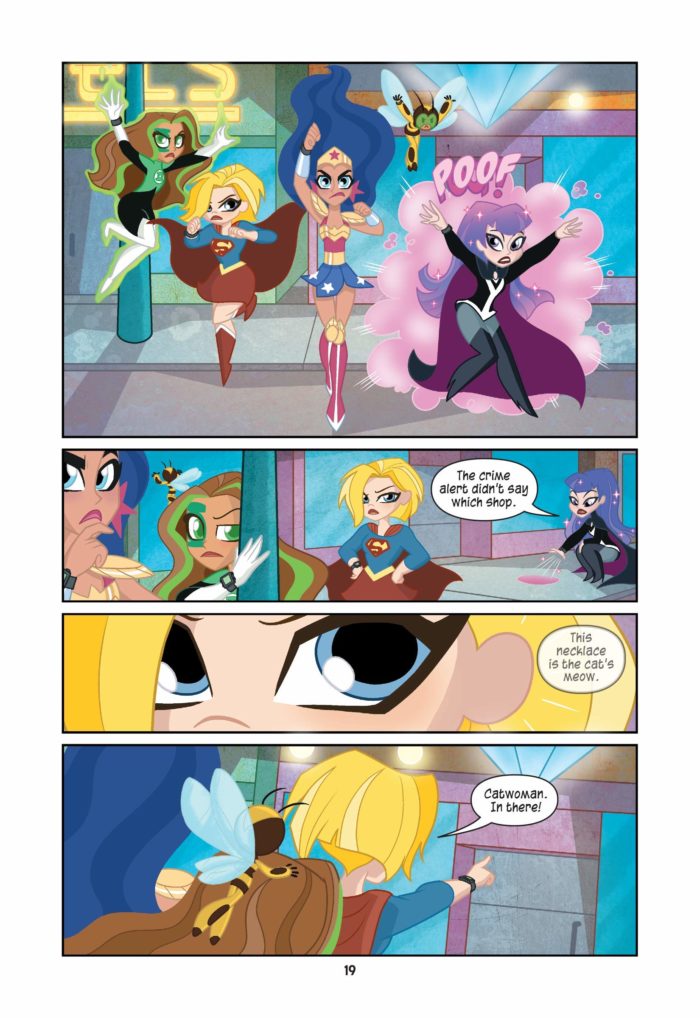 The DC Super Hero Girls are fun, sassy and a delight for girls (and boys) everywhere that like super heroes! I think these titles would be especially great for little girls aged 8-12. Lil Sis is 8 and she enjoys this book a lot but Big Sis who is 11 and graphic novel obsessed absolutely LOVES this book. She has read it through twice…in the same day. In this title the girls must face high school…without their electronics! Even to me that is a scary scenario! With some teamwork, strong friendship and family this action packed adventure will keep your attention until the very end. For the next few weeks your kids might be home a lot more than usual so it is a great time to introduce graphic novels to them even if they have never picked one up before! They might discover a whole new genre of book that they enjoy!