I received The Dark Crystal: Age of Resistance Books for this feature. Opinions expressed are my own.

The Jim Henson Company is celebrating the broad critical acclaim for their epic fantasy adventure, The Dark Crystal: Age of Resistance, with a collection of sensational new books and comics, just in time for the holiday season! Called a â€œperfect revivalâ€ (The Washington Post), â€œa whimsical, fun and entertaining seriesâ€ (The Hollywood Reporter), and â€œa prime example of how television can do fantasy rightâ€ (Variety), the Netflix Original series, The Dark Crystal: Age of Resistance, is a 10-episode puppet-filled prequel to the 1982 classic cult film. 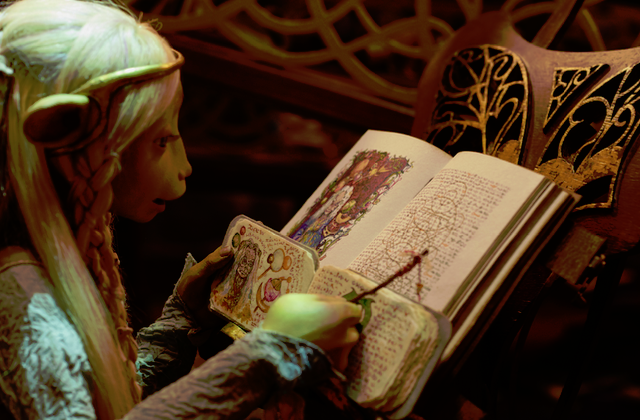 And now, fans of The Dark Crystal: Age of Resistance can become further immersed in the lore, legends, heroes and villains of the expansive world of Thra with all of these new books!Â  New fans can learn more about their favorite characters from the series, while longtime fans can delve further into the rich canon of this pop culture phenomenon, and everyone can discover the behind-the-scenes magic that brought the many creatures of Thra to life.

From Penguin Random House are three books by J.M. Lee, a staff writer on The Dark Crystal, Age of Resistance. Lee, who holds a degree in linguistics, also created the Podling language featured in the Netflix show.Â  He is the author of a four-book prequel series that ties directly into the plot and setting for the Netflix series, as well as several other Dark Crystal tie-ins. The novels came about after Lee won a writing contest co-hosted by Penguin and The Jim Henson Companyâ€”The Dark Crystal Author Quest. New titles from Lee this season include:

More about the Netflix Original series!

I am a child of the 80s so I very much know what The Dark Crystal is so I am super excited to watch the new show on Netflix. I am also going to let my oldest daughter, Big Sis, who is 11 and into fantasy watch it with me. Until we get a chance to watch she has been reading these 3 books which has only got her even more excited to watch the show! To get you all excited I have a fun giveaway going on below!

How would you like to win aÂ The Dark Crystal: Age of Resistance Prize Pack? I’ve got a package to give away to one lucky reader!

Giveaway open to US addresses only.