Inspired by E.T.A. Hoffmann’s classic tale and the beloved ballet, Disney’s The Nutcracker and the Four Realms arrives on Digital,?Movies Anywhere, 4K Ultra HD, Blu-ray? and DVD Jan. 29, 2019. Relieve the magic of this classic tale instantly through bonus features and never-before-seen extras such as a behind-the-scenes look at how the four realms were created to such dazzling effect. Experience the Disney magic and adventure in what is destined to become an annual viewing tradition for adventurers of all ages. 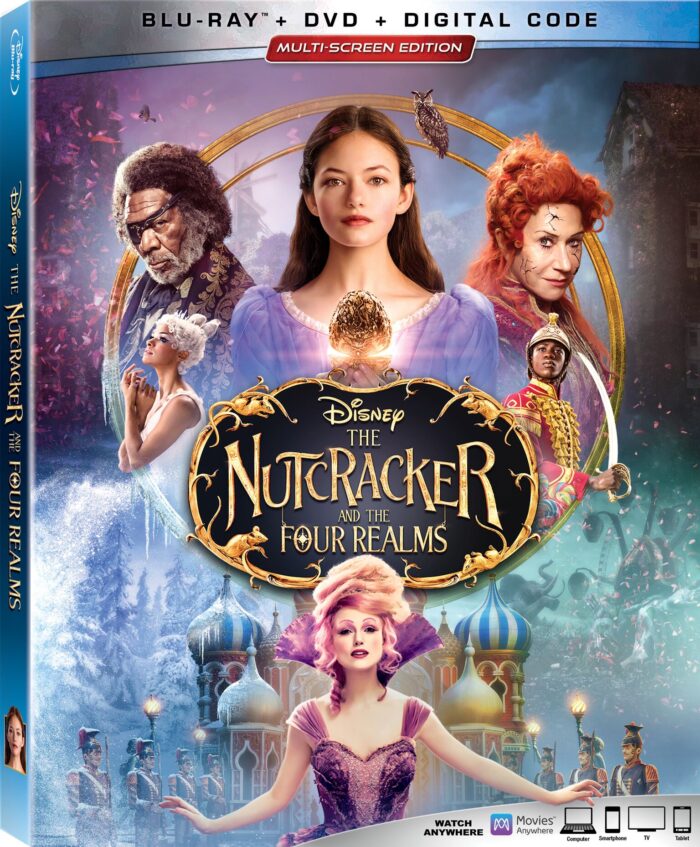 In The Nutcracker and the Four Realms,? Clara travels along a golden thread, presented at Drosselmeyer’s (Morgan Freeman) annual party, eagerly searching for a one-of-a-kind key that will unlock a music box that holds a priceless gift. When she enters a mysterious parallel world, Clara encounters a Nutcracker soldier named Phillip (Jayden Fowora-Knight), a gang of mice and three Realm regents, including the Sugar Plum Fairy (Keira Knightley). Ultimately, she must brave the ominous Fourth Realm, home to the tyrant Mother Ginger (Helen Mirren), to retrieve the key and return harmony to the unstable world. 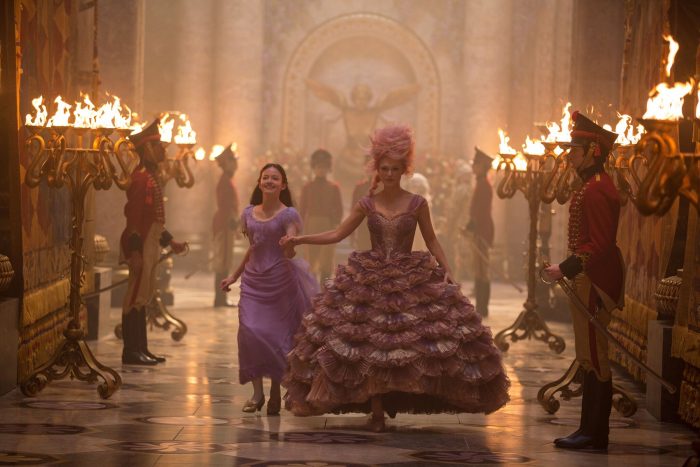 Rating: PG in U.S. (bonus material not rated), PA in CE and PG in CF 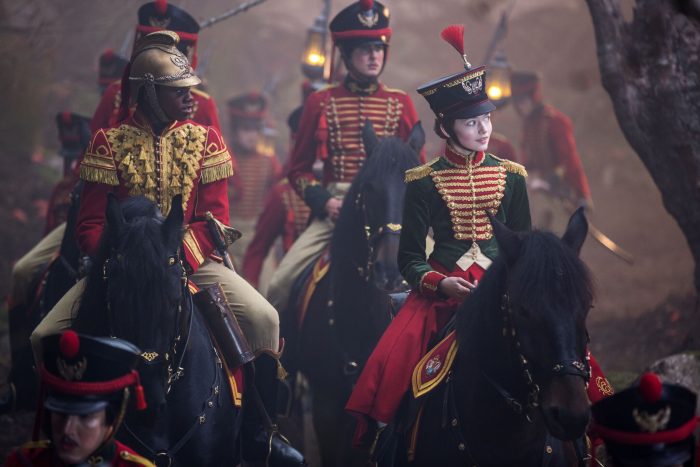 Everyone…young and old…should know the story of The Nutcracker. I enjoy watching different versions of the classic story and Disney’s The Nutcracker and the Four Realms is truly a masterpiece to be enjoyed every holiday season! The music is familiar so those nostalgic songs are still there and the story starts out traditional but then Clara is taken to a magical world full of exciting people and places that have little ones watching with anticipation. For really young children they might be scared at some scenes but that is typical Nutcracker with giant rats. Overall my 7 and 10 year old girls love this movie and did not find it scary. My favorite part of this movie was the casting…so many big names that I enjoy watching in movies! Disney did a great job turning this classic story into a movie that kids will enjoy. I know this will be a movie we watch over and over again every Christmas season!