PBS Distribution announces the release of NATURE: SUPER CATS on DVD and digital beginning?January 8, 2019.??Everyone is intrigued by big cats, but how much do we really know about them? In NATURE: SUPER CATS, viewers get a?never before seen?glimpse into the lives of these wild creatures. Filmed over a span of 600 days in 14 different countries, the three-part program features 31 different cat species, including the Iberian lynx, the margay from Central and South America, and the deadliest cat of them all — Africa’s tiny black-footed cat.?? 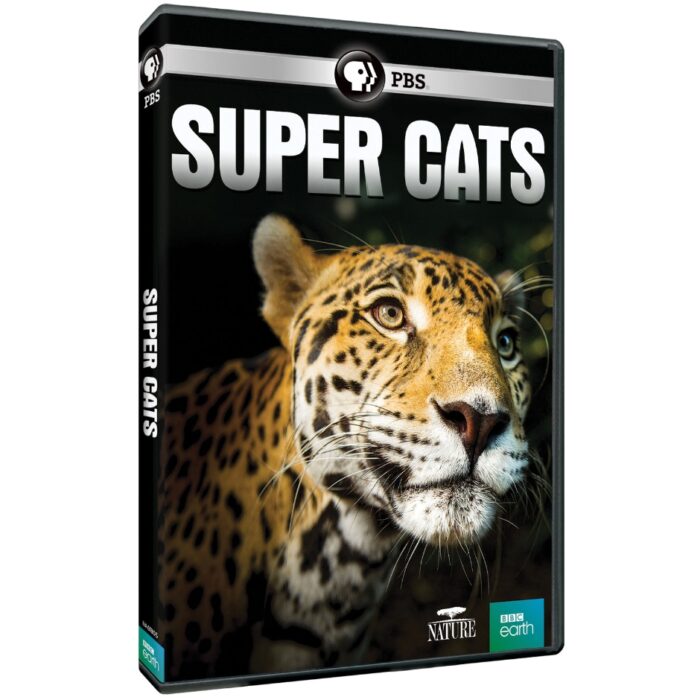 Everyone loves big cats, but what do we really know about them? There is far more to these charismatic and misunderstood animals than just being the world’s top predators. Cats have their tender side – they are emotional and intelligent while being social and are devoted parents. Filmed over 600 days in 14 countries, featuring 31 species of cats, this ground-breaking three-part miniseries uncovers the secret lives of big cats and introduces behaviors captured on film for the first time, using the latest camera technology and scientific research. From the solitary bachelor snow leopard in the Himalayas, to the elusive swamp tiger of South Asia, to a remarkably efficient Californian bobcat that is blind in one eye, NATURE brings these animal superstars out of the shadows and reveals how cats survive and thrive in all four corners of the globe.

The three episodes included in NATURE: SUPER CATS are:

Now in its 37th‘season on PBS,?Nature?brings the wonders of natural history to millions of American viewers. The series?has won more than 700 honors from the television industry, the international wildlife film communities and environmental organizations, including 18 Emmys and three Peabody Awards.? As a cat loving family my husband and two girls (ages 10 and 7) as well as myself sat down to watch this DVD and we loved every minute of it. The footage is absolutely stunning and you can quickly fall in love with these magnificent creatures. You get to see cats from all over the world and some were new to me! You see them hunt, eat, sleep, roam and so much more! This movie had my girls’ attention from the very beginning and is sure to be a DVD they want to watch over and over again. This is educational programming done right! You can get your copy at ShopPBS.