Disney?Pixar‘s Coco is the story of a 12-year-old aspiring musician’s extraordinary journey to the magical land of his ancestors. Coco won a 2018 Golden Globe Award for Best Animated Motion Picture, topped the domestic box office Thanksgiving holiday weekend, became the highest grossing film of all time in Mexico, broke records in China and earned widespread praise, receiving 96 percent from critics and 97 percent from audiences on Rotten Tomatoes. Now this vibrant tale filled with love and laughter has arrived home Digitally in HD and 4K Ultra HD? and on Movies Anywhere, 4K Ultra HD,? Blu-ray,? DVD and On-Demand! 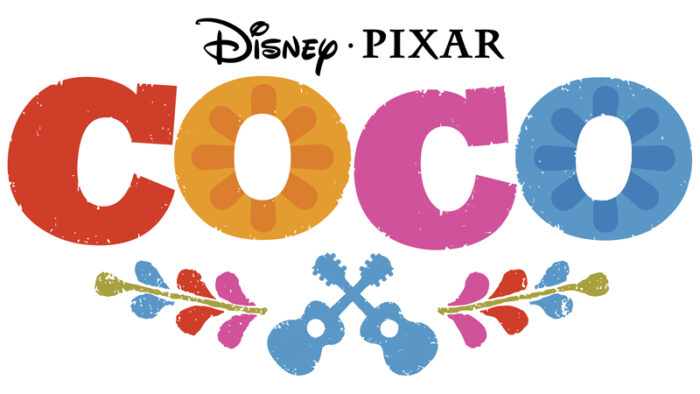 My family has already watched the movie and now we are all about all things COCO! Big Sis has even started painting this awesome paint-by-numbers canvas…level expert! 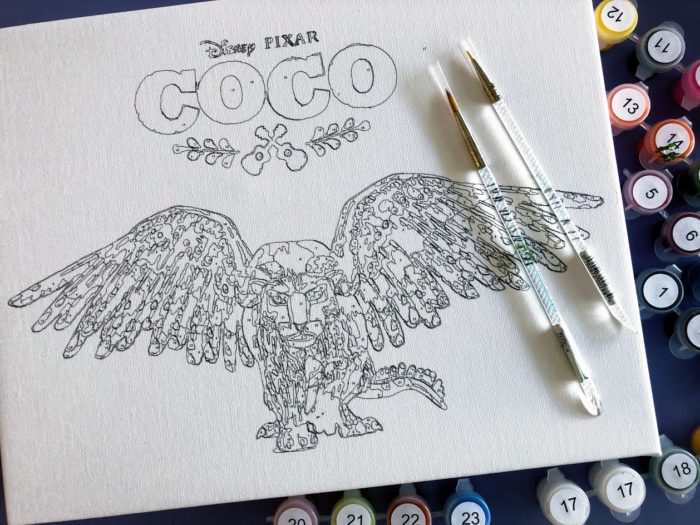 It is taking all her concentration and patience to get it done. It will definitely be a bright and colorful image…just like the movie…when it is all done. 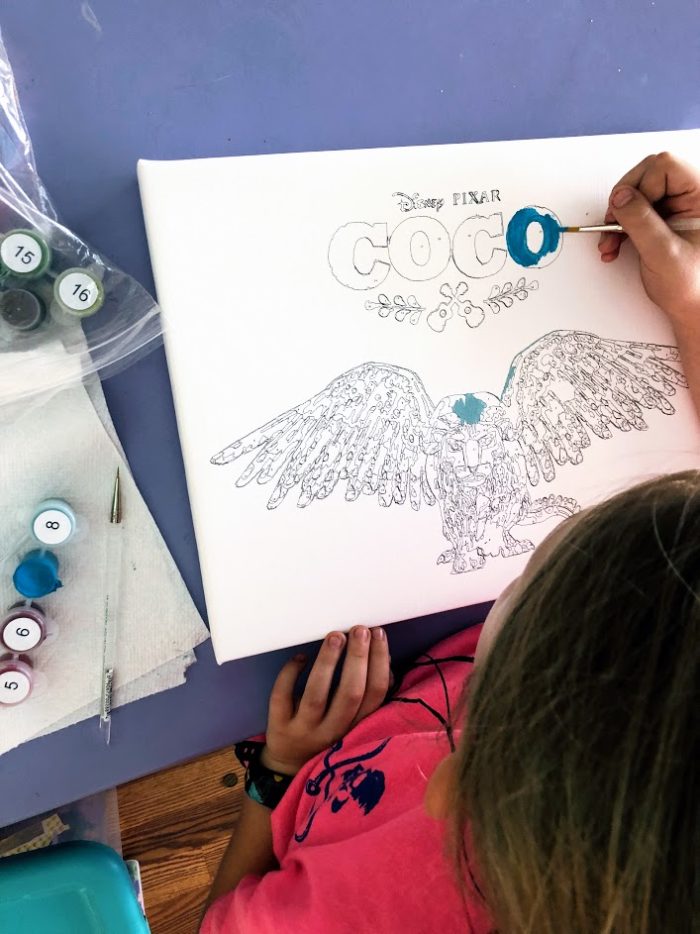 Since it is so detailed she only does a few colors a day and lets those dry before moving to the next one. We will definitely put this up on the wall when it is finished and we will all certainly “remember” Big Sis working on it. 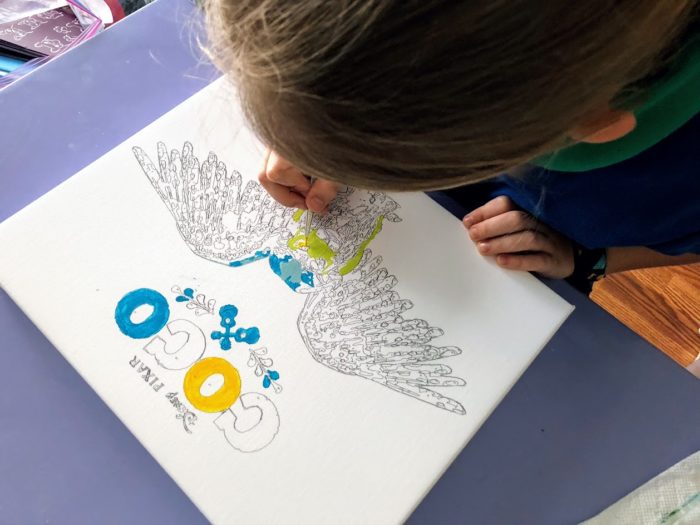 This movie is a complete visual delight as you to journey to the colorful Land of the Dead. Miguel is a boy that dreams of becoming a musician like his idol Ernesto de la Cruz but his whole family firmly believes in a generations-old ban on music. To prove he has what it takes he attempts to steal a guitar so that he can play it for the crowd. Mysteriously Miguel finds himself in the colorful Land of the Dead alongside his dead ancestors. Even his dead relatives want him to stay away from music! Instead he teams up with an outcast named H?ctor so that Miguel can get back to the land of the living and become a muscian. My girls were truly fascinated while watching the whole movie! Truly an enjoyable watching experience to see something so new and foreign to them but to love it just the same. Make sure to check out all the included bonus features like the deleted scenes which are always a favorite of mine to watch. COCO is a Disney family film not to be missed!