Disney’s timeless tale?Pinocchio,?considered one of the greatest animated films ever made with two Academy Awards,?joins the Walt Disney Signature Collection. Now it will delight a whole new generation of dreamers with its masterful animation, unforgettable characters and award-winning music. The movie which inspired the world to wish upon a star, arrives for the first time on Digital HD and Disney Movies Anywhere on Jan. 10, and on Blu-ray and DVD on Jan. 31 with hours of new and classic bonus features. 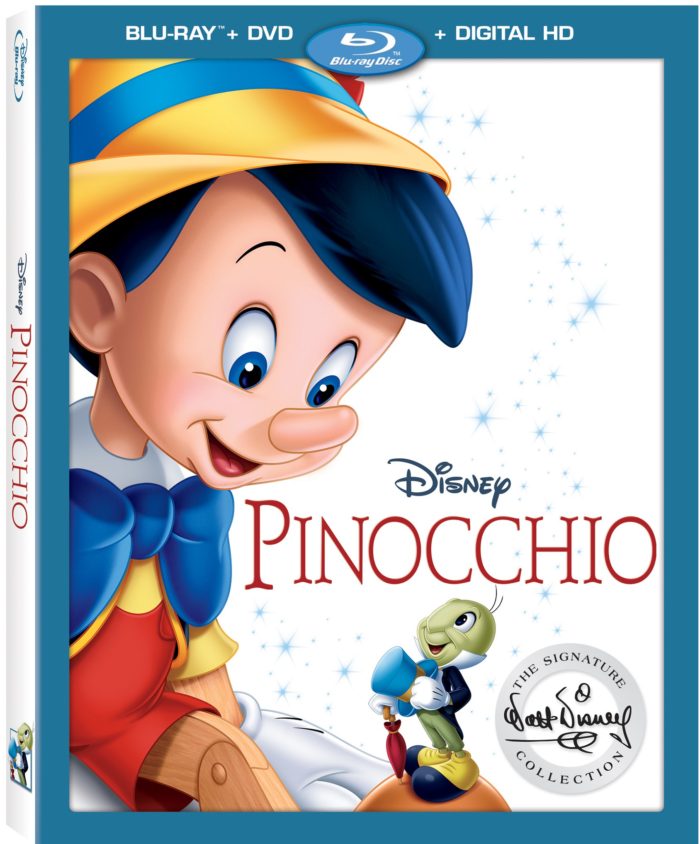 ??Pinocchio? tells the tale of wood-carver Geppetto’s beloved puppet who embarks on a thrilling quest ? with faithful friend Jiminy Cricket ? that tests his bravery, loyalty and honesty, all virtues he must learn to fulfill his heart’s desire: to become a real boy.

I admit I had not watched Pinocchio in over 25 years…since I was a small child. What a wonder it was to watch it again and now with my own children! Truly a classic that is meant to be watched over and over again. Both my girls absolutely love it and I feel like by watching this movie with them I was able to check mark off a classic film every single child should see. It looks better than ever on Blu-ray and the bonus features are not to be missed! A classic Disney film that truly belongs in every DVD collection.