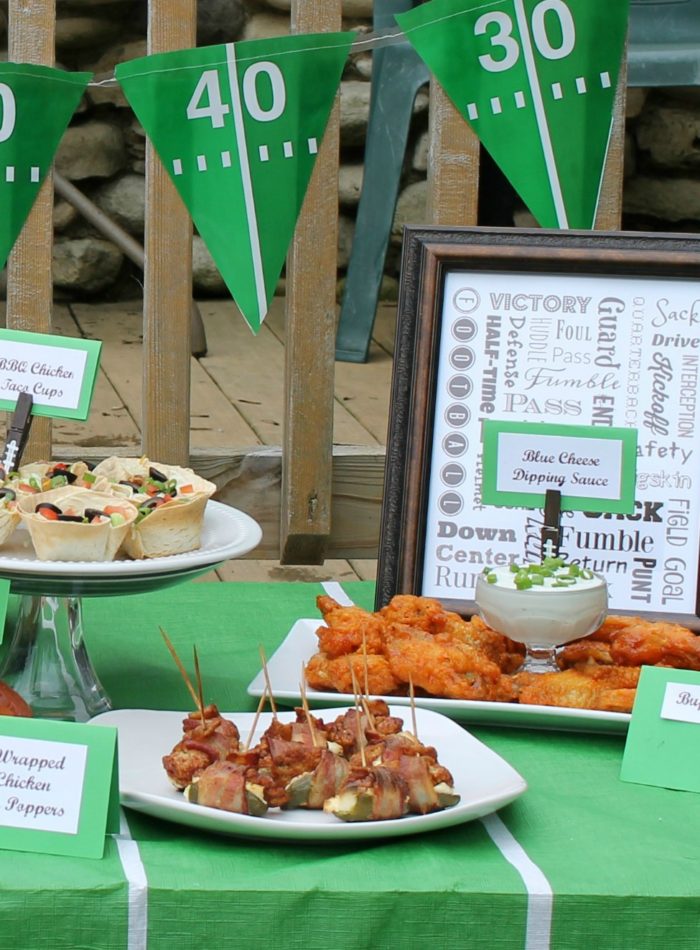 It’s fall ya’ll and you know what that means – football season! There’s nothing I like better than throwing together a fun game day spread and I spiced it up this year with some delicious recipes and fantastic DIY projects. Keep on reading for some pretty awesome football tailgate party ideas! 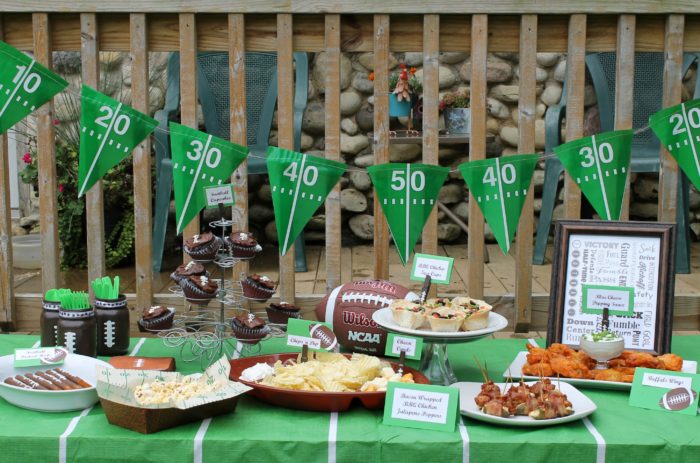 Go all out with DIY – Create a super fun football theme on a budget. The best part is that you can re-use the items for the entire season so you only have to make them once. Start by downloading this Football Printable. Save it, print it and frame it – instant decor and you barely had to do any work at all. 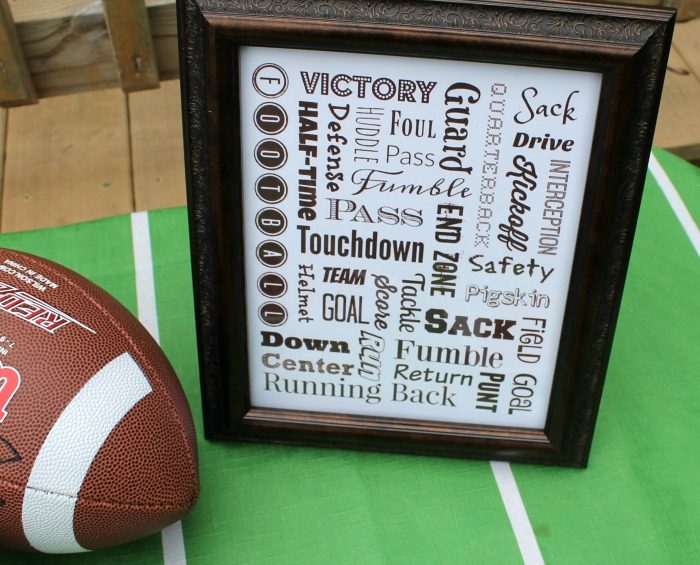 Get creative with food labels. Open up PicMonkey or a similar photo editing program, type in your food names, pick a font and color, then print and cut them out. Pick a coordinating color card stock, glue the printed copies on (leaving space at the edges) and stand them up or attach them to the food displays with football clothespins. Those are simple to make too?with’some brown and white paint. You can even throw some mini printable footballs into the mix. 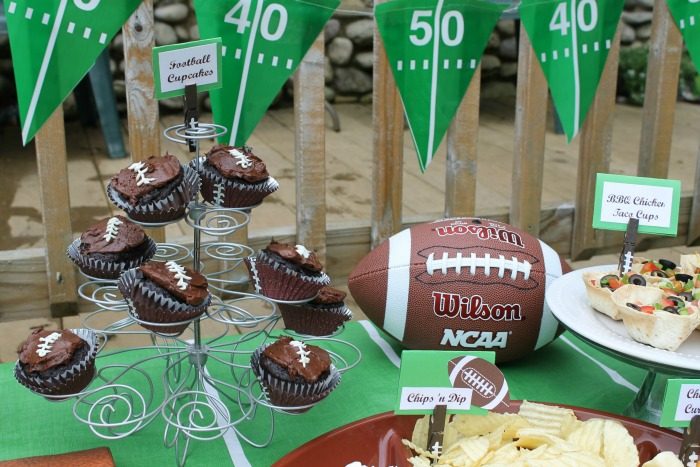 You’ll need a place to house those utensils so make these DIY Football Mason Jars. They’re great to put?flowers in too!

Simple Snacks – Serve some simple snacks so that you’re not spending too much time in the kitchen. Popcorn, chips ‘n dip, cheese curds and pretzel rods are great game day snacks. Dip the pretzels in chocolate, refrigerate for about an hour and pipe on some white icing to make football laces. You can do the same with chocolate cupcakes, another tasty treat! 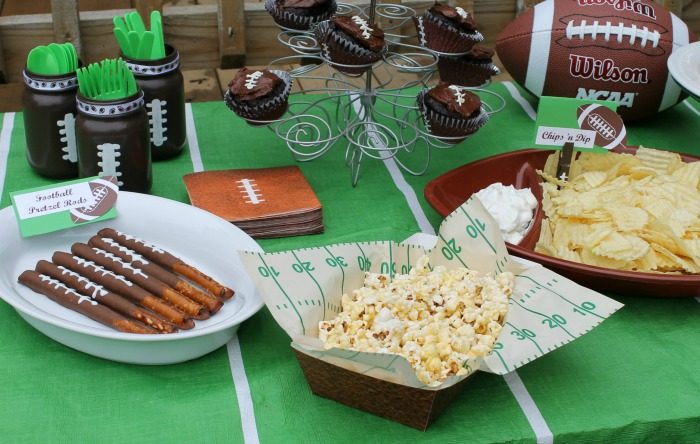 Wings are definitely a game day staple and are the first thing to be devoured around here. Serve up some Buffalo Wings with my homemade Blue Cheese Dipping Sauce and the fans will go crazy! Just dump 5oz blue cheese, 3oz cream cheese, 1/2 cup milk and one diced green onion into a blender and voila, you’ve got a delicious homemade dip. Top it with some more diced green onions, chill and serve. 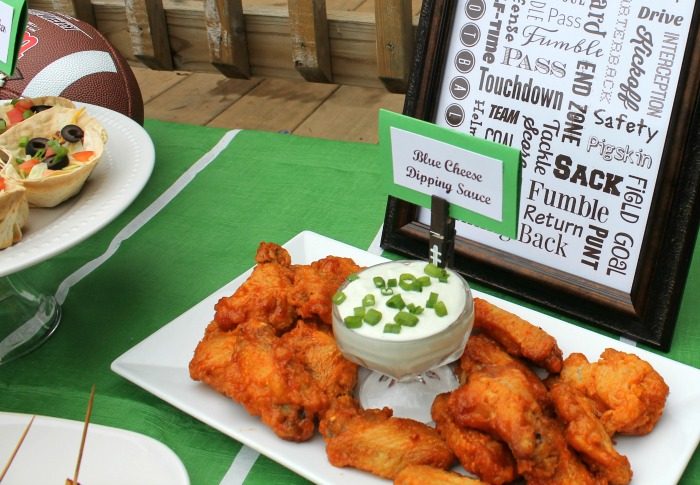 Make some signature finger food – I grabbed a bucket of Boneless BBQ Wings too and came up with some pretty tasty appetizers that were devoured at our game day bash! The BBQ Chicken Taco Cups were a huge hit and I’ll be sharing that recipe later on. 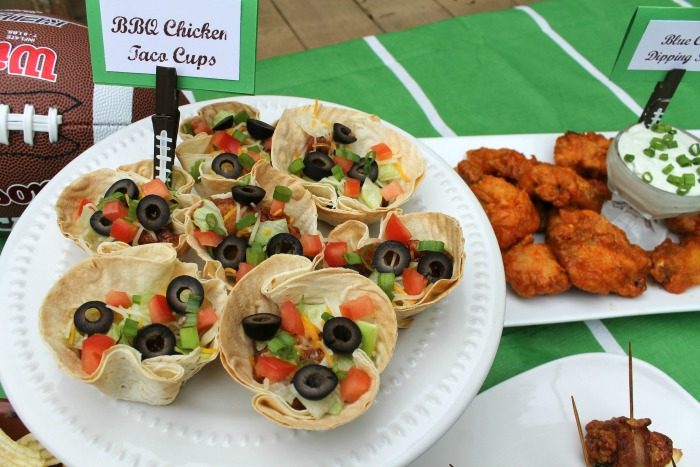 But these Bacon Wrapped BBQ Chicken Jalapeno Poppers were the true star of the party. They were simply amazing and next time I’ve definitely got to make double or triple the amount. 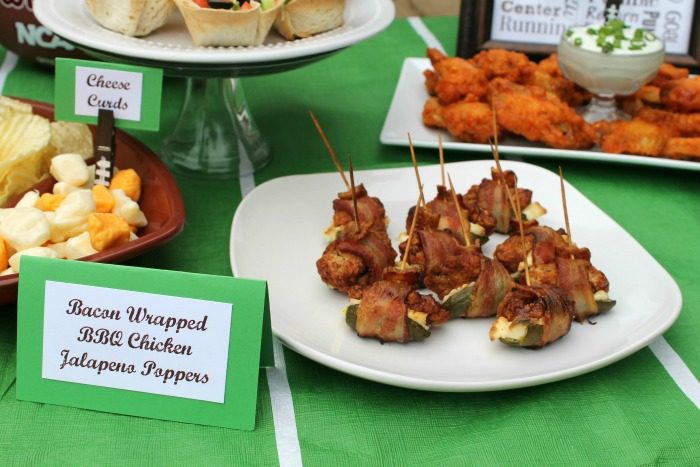 You’ll need just 4 ingredients to make these Bacon Wrapped BBQ Chicken Jalapeno Poppers and they’re even better with fresh jalapenos from the garden. 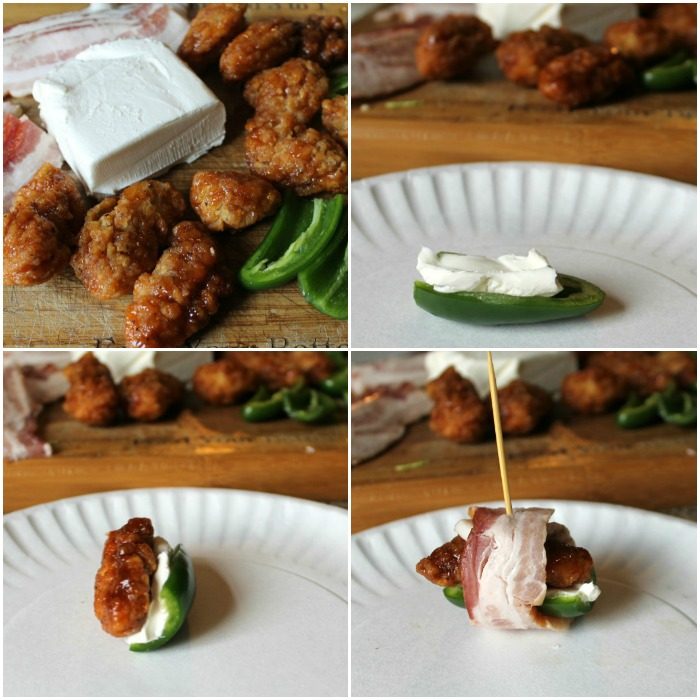 Our game day turned out great, We had such fun, even though our team lost – boo. But the food was delicious, the decor festive and the company great! 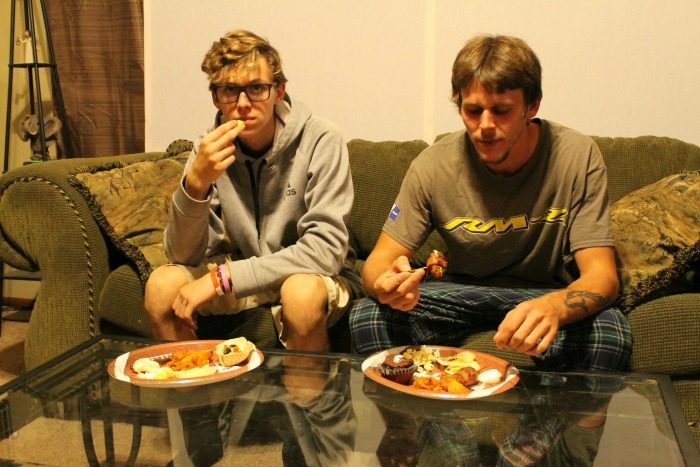 I hope that you enjoyed these football tailgate party ideas. Let me know if you make any of these DIY projects or recipes and how they turn out! 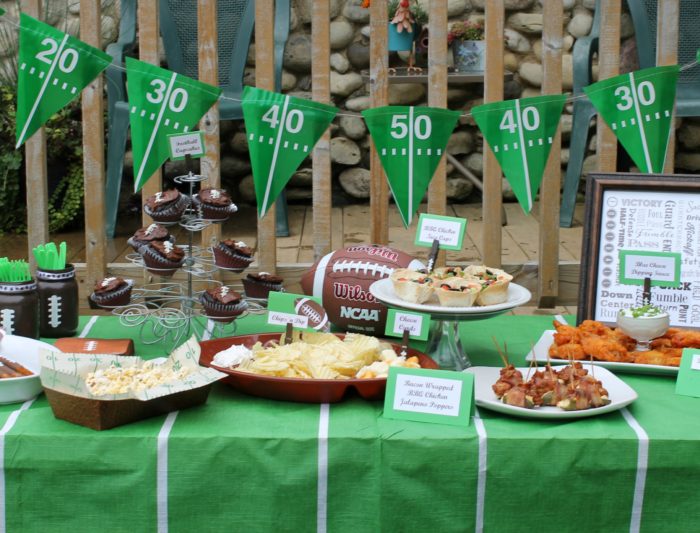 Do you have any football party tips to share? 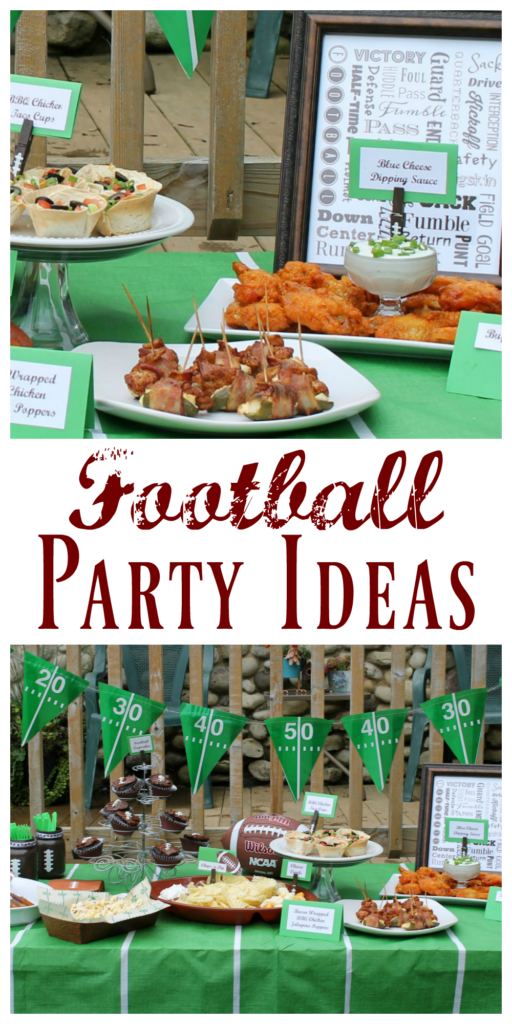