Election season is here and you can get the kids interested in it with a little bit of fun reading with Buddy for President by Hans Wilhelm. 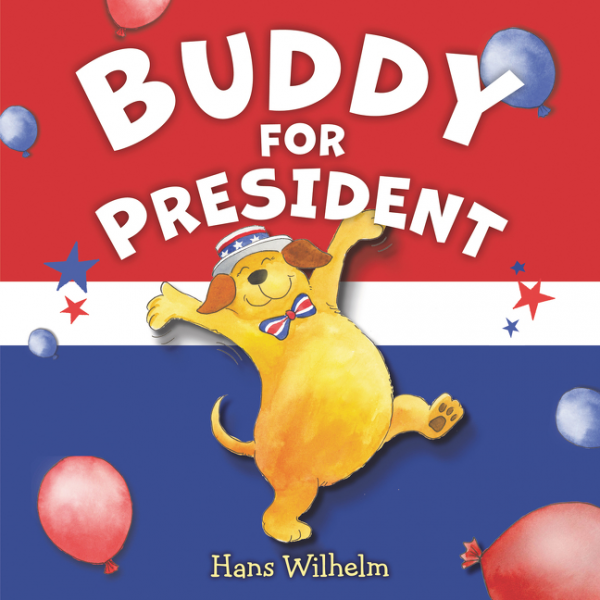 Vote for Buddy! Buddy is the best dog in the whole world. He loves the great outdoors, he believes in sharing and helping others, and he’s a natural-born leader. That’s why his boy, Hunter, thinks Buddy should be our next president!

Hans Wilhelm is one of America’s foremost author-illustrators of children’s books, with over 42 million books in print. Many of his books have been translated into more than thirty languages and have become successful animated television series that are enjoyed by children all over the world. His books have won numerous international awards and prizes, and his work can be found in leading collections and museums across America. Hans was born in Germany and lived for many years in Africa before coming to America. He now lives in Connecticut in an old farmhouse where a converted horse stable serves as his studio.

This book is geared for kids ages 4 to 8. Hunter loves his dog Buddy and he thinks Buddy is so awesome that he should be the President of the United States! Hunter then goes on to explain all the amazing things about Buddy that would make him a great choice. Such as making recess the most important class of the day and how he loves to kiss babies. The watercolor illustrations perfectly portray the awesomeness of Buddy. After reading this book your little ones will surely want to vote Buddy for President!