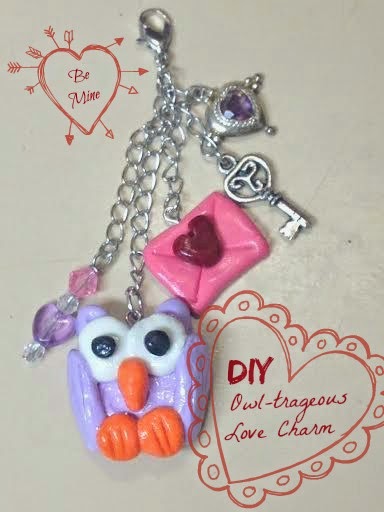 The other night my daughters and their friend were creating things out of polymer clay. I sat down with them to supervise and began creating too. My niece’s birthday is coming up and she has become obsessed with owls. ?I thought this would be a great time to try and create an owl for her.

I wanted to make a charm that would be very versatile and that could be worn on a necklace, key chain, zipper or whatever. 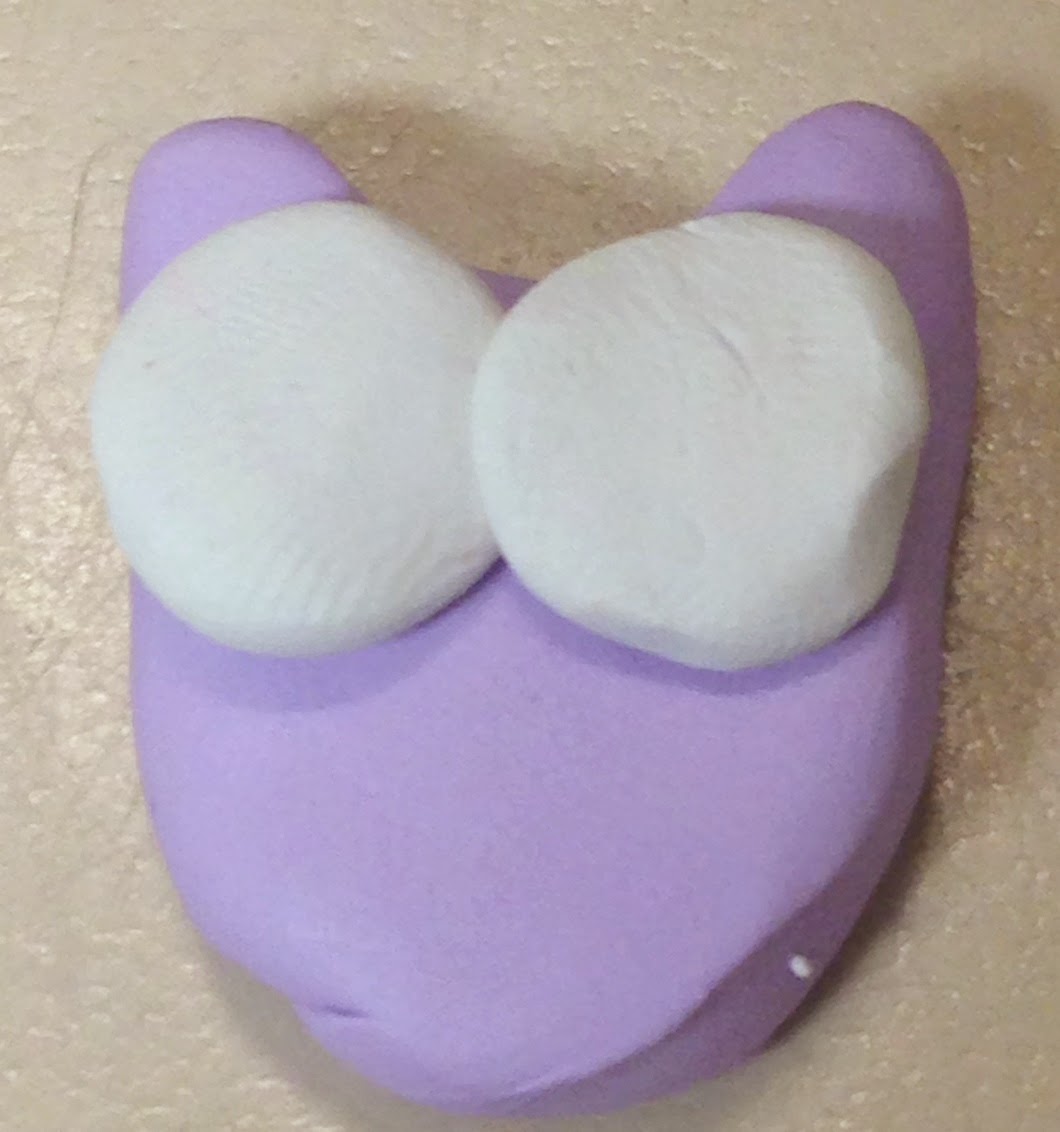 I began with a dime size ball of lavender clay. Then flattened it in the shape of an oval, and flattened the sides to make it more square. I began rolling out the shape of the ears with the tool from the clay kit.

Next I began to add the features like the eyes. I made two tiny white balls and flattened them to my desired thickened, and placed them just below the ears overlapping. 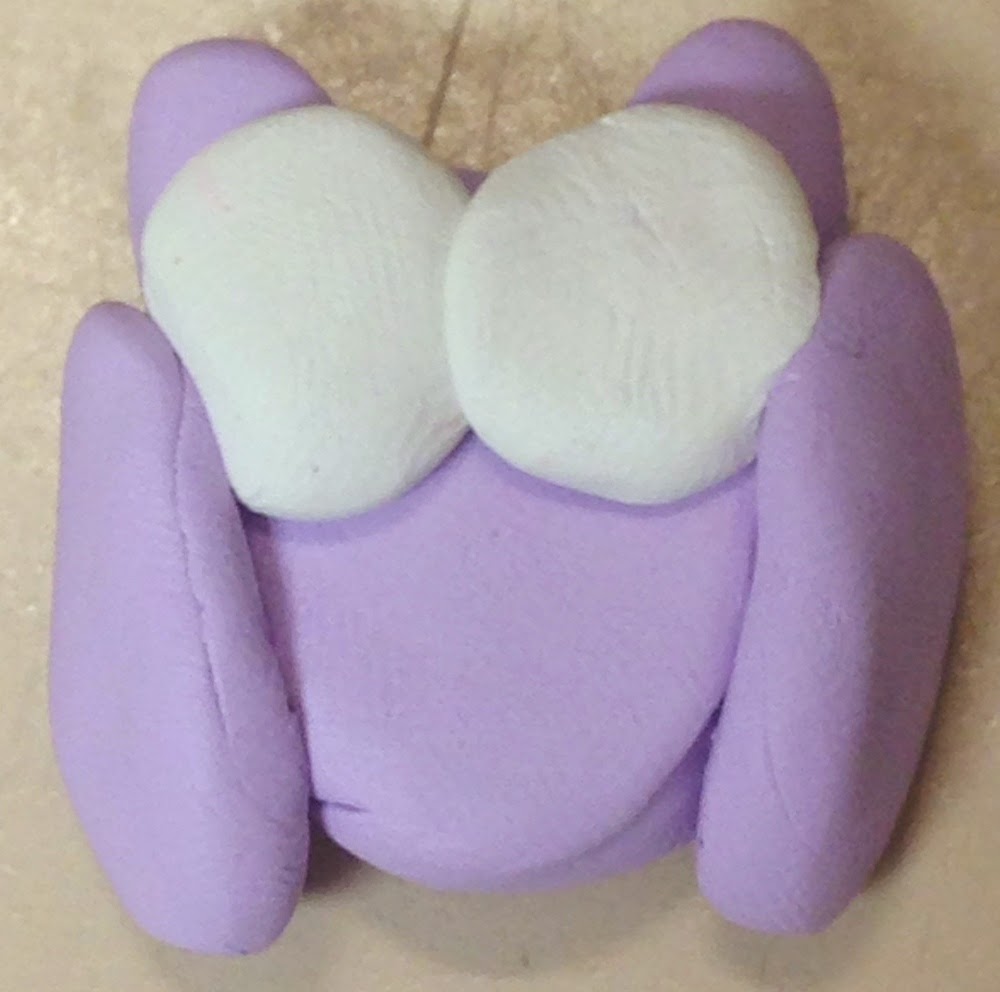 Then I made two larger balls of clay for the wings in lavender. I flatted them into the shape of an oval, and brought one end to a point for the tip of the wing. I placed the wings on the outer edges of the eyes. 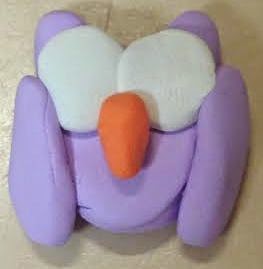 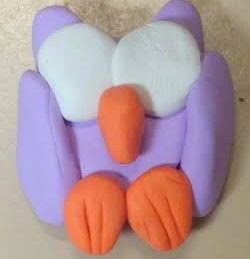 Then I added the beak, claws and pupils. I rolled out three small balls of orange clay for the beak and claws. Then I shaped them to my desired sizes. As for the pupil I just slightly mashed it down so that I could have that rasied effect. Once all the features are placed securely on the owl’s body I then added texture for the feathers with the end of a paint brush and the clay tool. 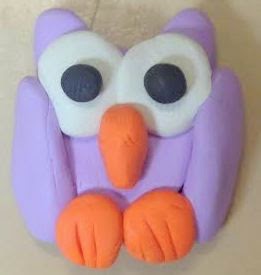 As for the envelope I rolled the clay into a ball and flattened it. Next I cut out rectangles using the clay tool from the kit. I used the same tool to create an X from corner to corner diagonally across the envelope. Last I made a little heart to seal it.

Now you need to follow your baking directions for your clay. Once the owl and envelope have cooled I put a coat of Modge Podge on both. Not only does it seal it, but also adds a sheen to your pieces.

As for the rest of the dangles I added two charms a heart and key from a broken piece of jewelry.

To finish off my Owl-trageous Love Charm I made a simple beaded jewel from our collection of beads using a jewelry pin with a flat bottom. Once it was finished a made the loop an cut off the rest.

Now you will use your chain to achieve your desired lengths to create an elegant effect with all your dangles.

Previous Post: « Rev Your Engines with The Adventures of Chuck and Friends
Next Post: The Kitty Hawk Mystery Series by Iain Reading! »