You are here: Home / Blog / Double Double Dominoes by Calliope Games is Exciting and Fun
“As an Amazon Associate, I earn from qualifying purchases.”
Tweet
Pin
Share
Share
0 Shares
I received a sample for this review/feature. Opinions expressed are my own.
My addiction to board games is sort of to the extreme. One night a week we have family game night and after the girls are in bed my husband and I play a game they aren't old enough to play. As much as I love playing kid games with them I still enjoy games that get me thinking and are on a higher skill level. This week was Double Double Dominoes by Calliope Games. It is like a mix of scrabble and dominoes put together as one exciting game. 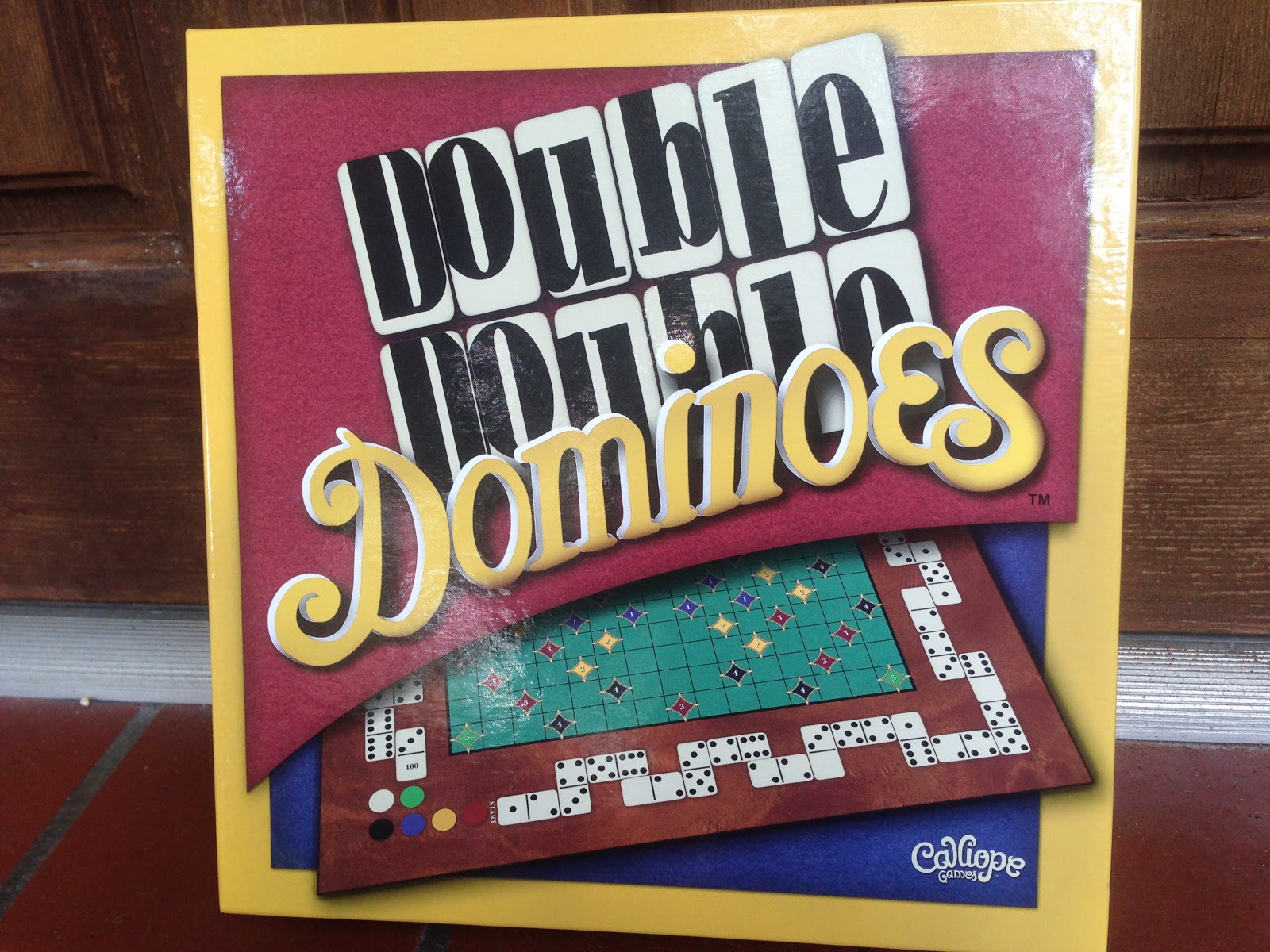 I am a visual learner so I watched their video on how to play. It is just so much easier for me to learn a new game this way. The game is not difficult but it can be tricky the first time you play until you get use to it. Check out the video that is actually pretty entertaining to watch.

It is for ages 8+ and for 2-4 players with an average game time of 50 minutes. My husband and I played the first few times together and Spoiler Alert I won them all! 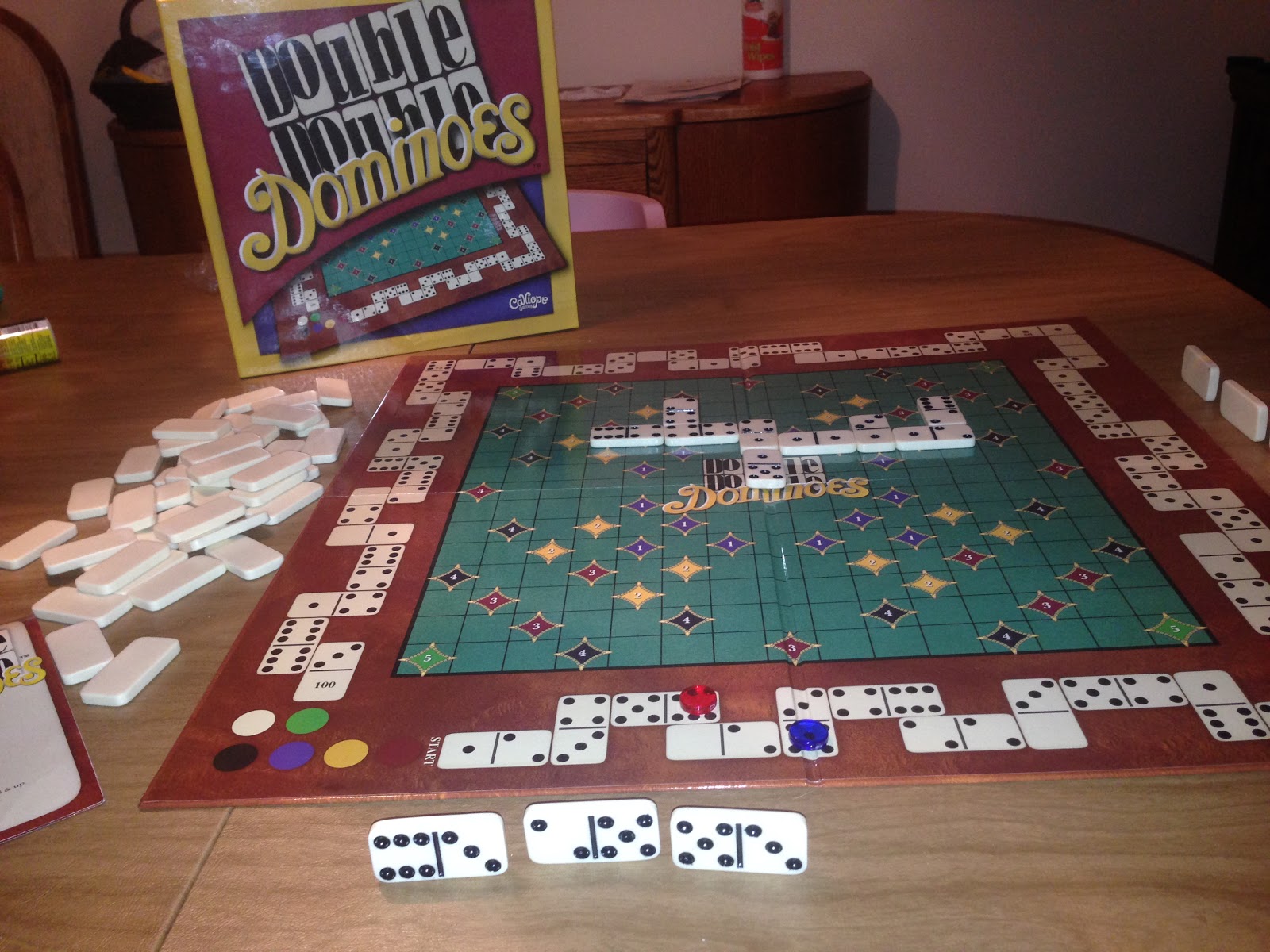 You place dominoes one at a time starting in the center and work outwards just like with scrabble. You of course want to put your domino on the spaces with the most points. The cool thing about this game is you don't need a pen and paper to keep score. Instead you use the markers on the outside of the board to move around to keep your score. The number your marker is on is also important because if a domino is used with that number you get to move ahead three spaces. That means you have to pay attention to not only the game itself but also what number your friend's markers are on. I like this kind of game play because my husband often forgets to pay attention to those kinds of things. Score for me! 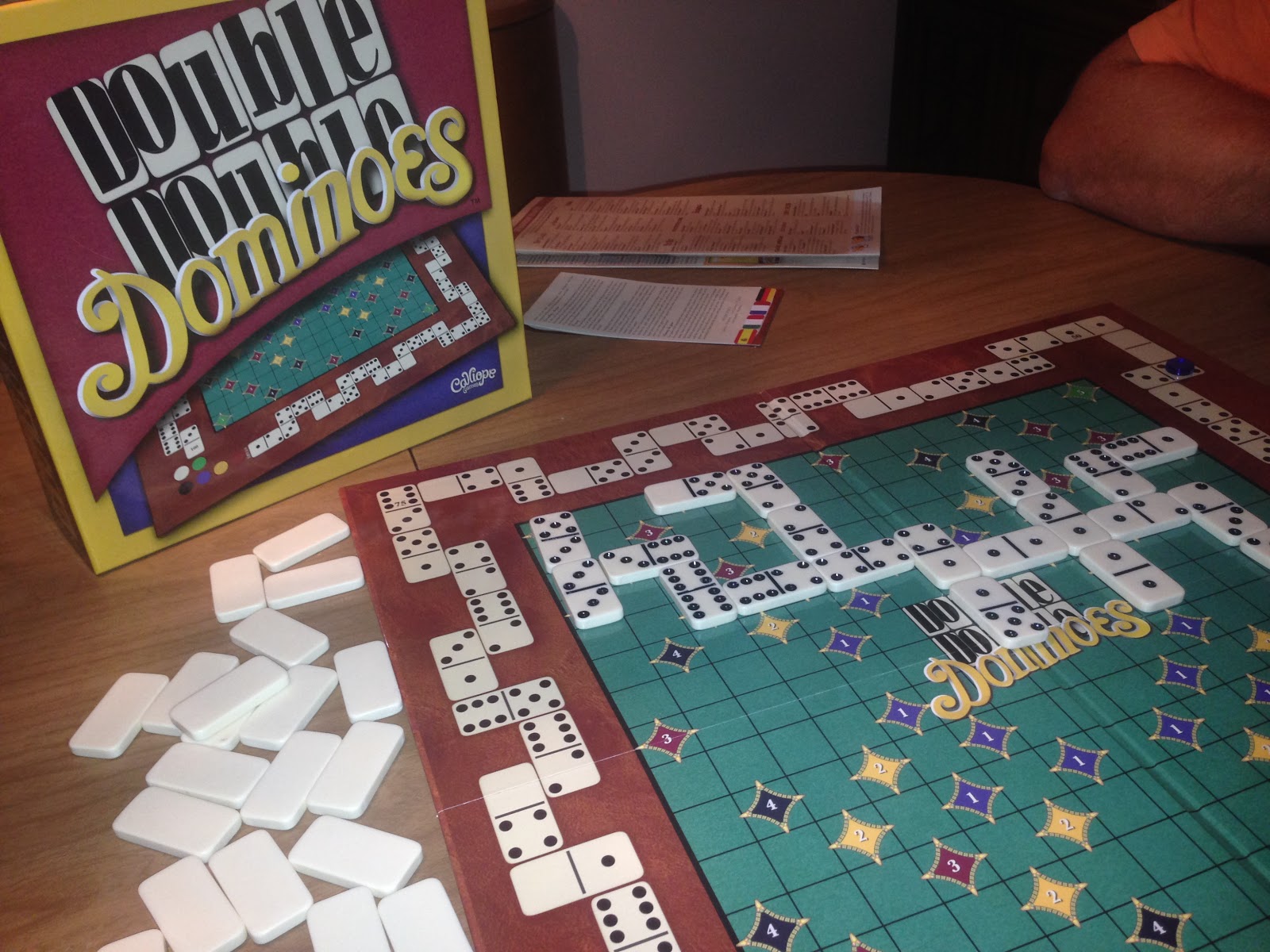 Using a double domino gets double the points so I like to save those for when I am landing on a spot with a big number.When playing with 2 people you play to 100. Here is a picture right before I totally kicked my husband's butt at this game.

I know all my instructions might seem a little confusing but that is why I suggest you watch their video. It really does go over everything you need to know to play the game. You can buy an expansion of more
dominoes and markers to allow up to 6 players to play. That makes it
perfect for our big game nights we like to play with friends. 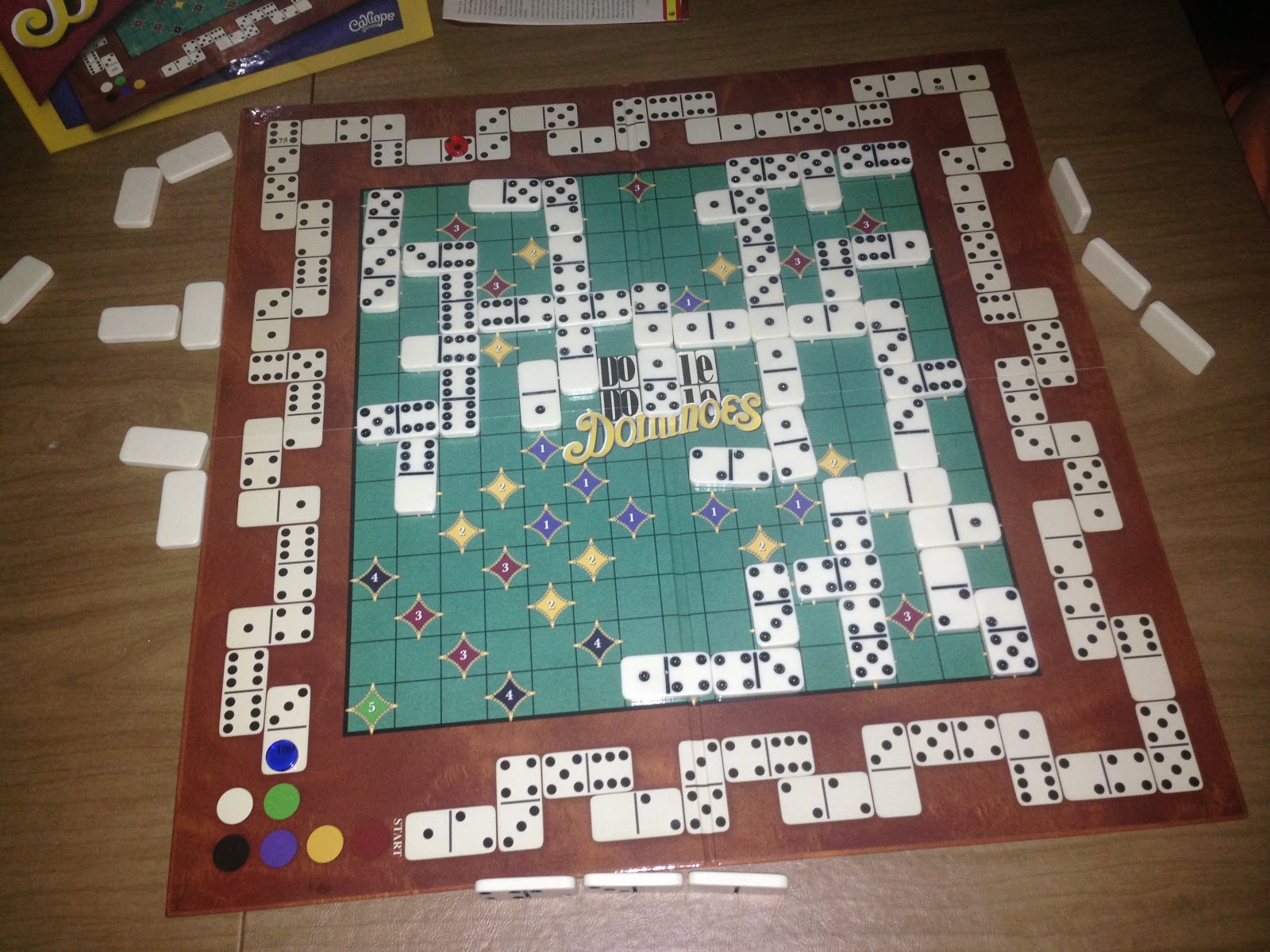 I absolutely love this game. I will never play regular dominoes again because this one is just so much more fun. This game has officially been added to our rotation of games. Husband will want to play because he is ready to strike his revenge. Things can get pretty competitive around here and this game definitely brings out the excitement.

If your family might not be as big into gaming as mine or you are just thinking about starting your own family game night Double Double Dominoes is the perfect game to play. It is exciting and fun without overly in depth directions and game play. A perfect starter game for newbies and for seasoned board game players alike. You might just find yourselves wanting more and the next thing you know your starting up your own board game night! I just love Calliope Games and I can't wait to see what they come up with next!