I have a love of board games that started when I was just a child. All those nights playing with my family were so much fun that I just continued it on through my adulthood. Now that I have kids of my own we even have Thursday night dedicated specifically to game night and it is something we all look forward to. Of course I love playing games with my girls but since they are still young it is nice to get to play a game for older kids and adults once in a while. Tsuro of the Seas from Calliope Games is a game that is for ages 8+ and is all about ships, dragons and choosing the right path. Ever since I saw it being played over at TableTop I knew I had to play! 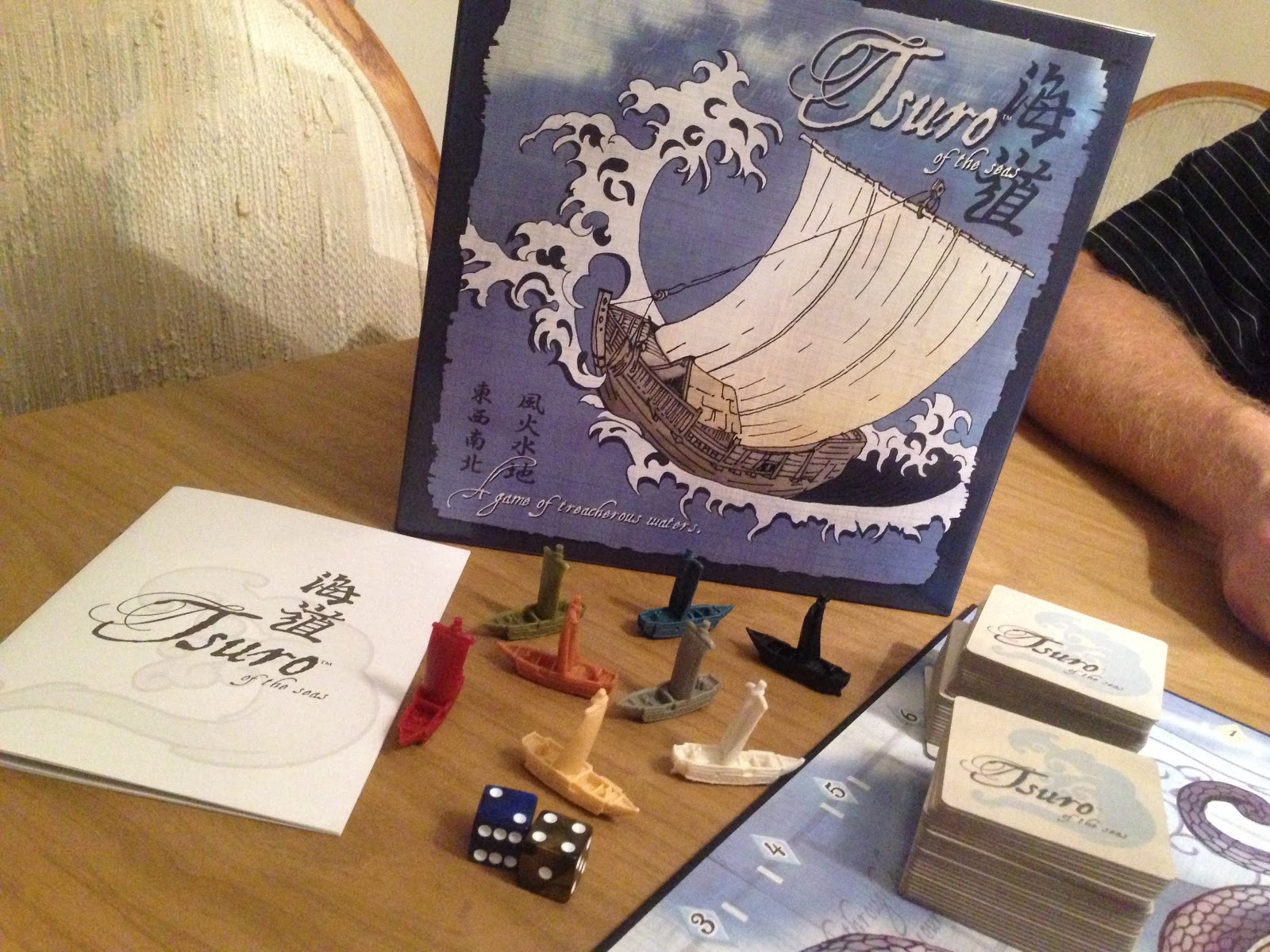 It is a path finding, tile laying game where you want your ship to survive on the board as long as possibly because the last remaining ship wins. The difficulty lies in the fact there are dragons in the sea and with each turn their is the possibility they will move so you have to be constantly changing your boat’s path. With the roll of the dice the dragons are placed according to the color and number on the dice. Then the fun begins. 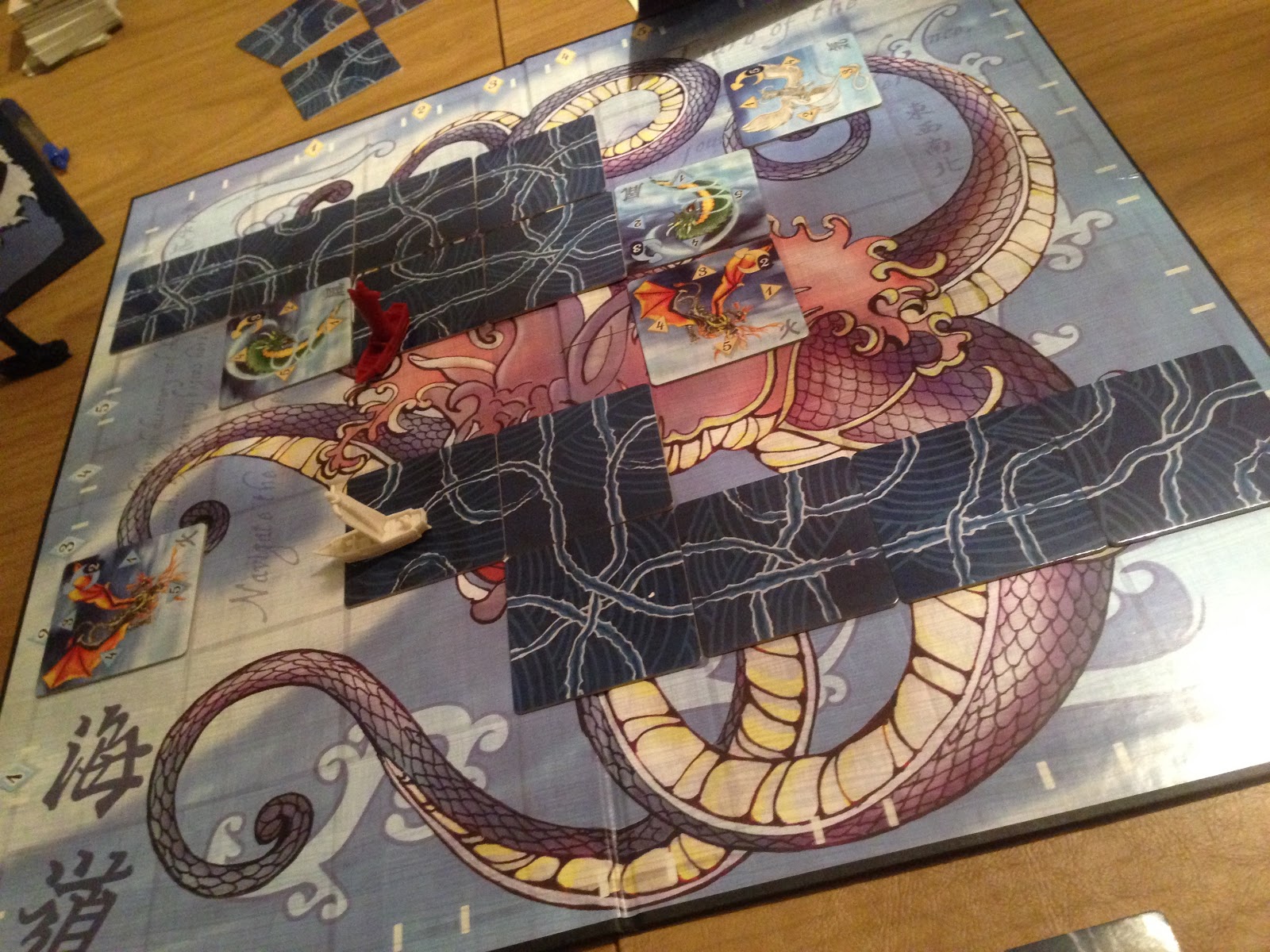 If you roll a certain number on the combined die that means you have woken the dragons. You then roll one dice to see which direction they will move based on the number on the dragon card itself. You place path tiles in front of your ship to keep them safely at sea. 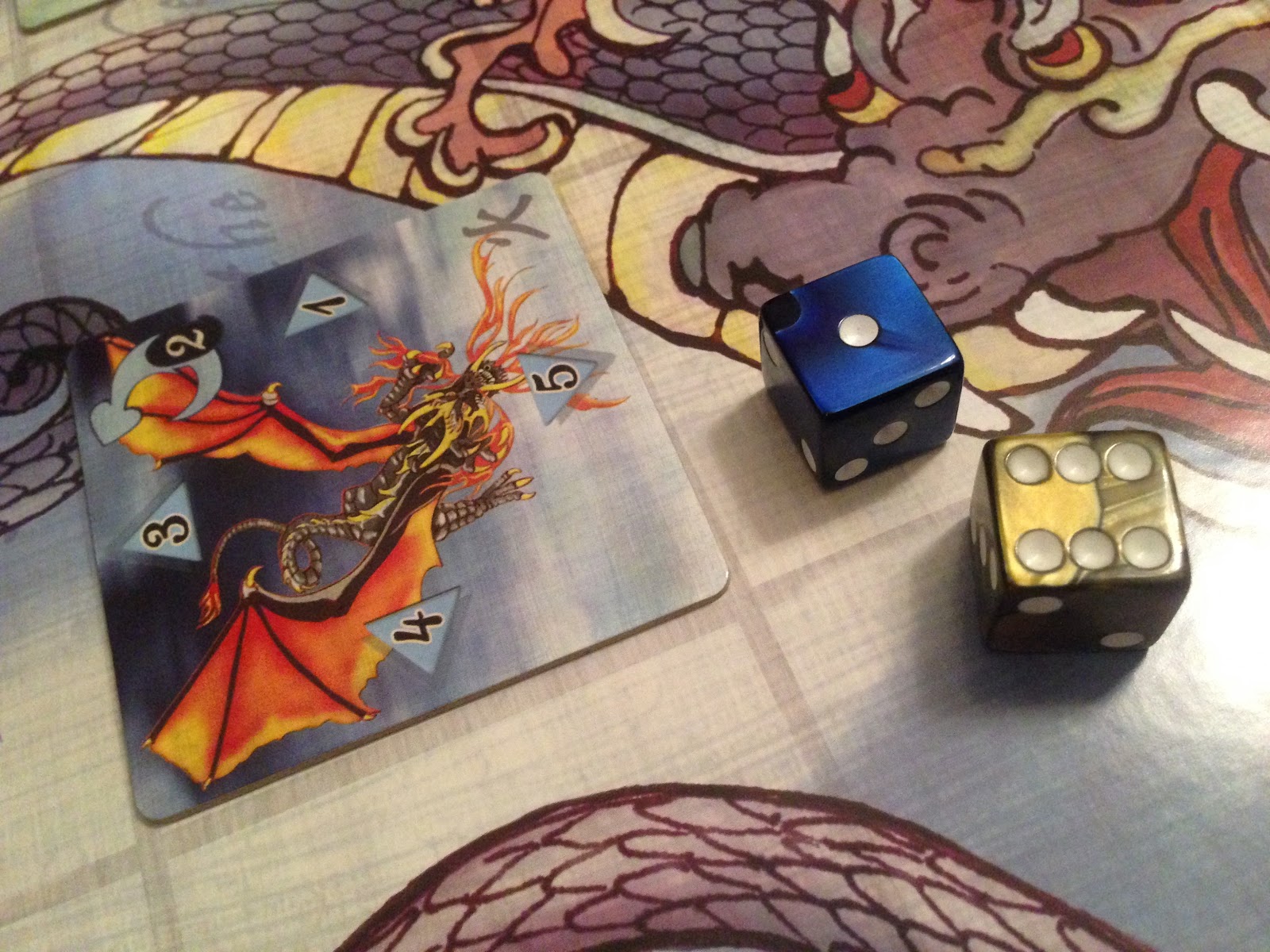 There is even an expansion pack that you can get to up the excitement and in my opinion difficultly level of the game. That tsunami is hard to avoid and has sunk my ship more than once! The canons are nice for killing dragons though! 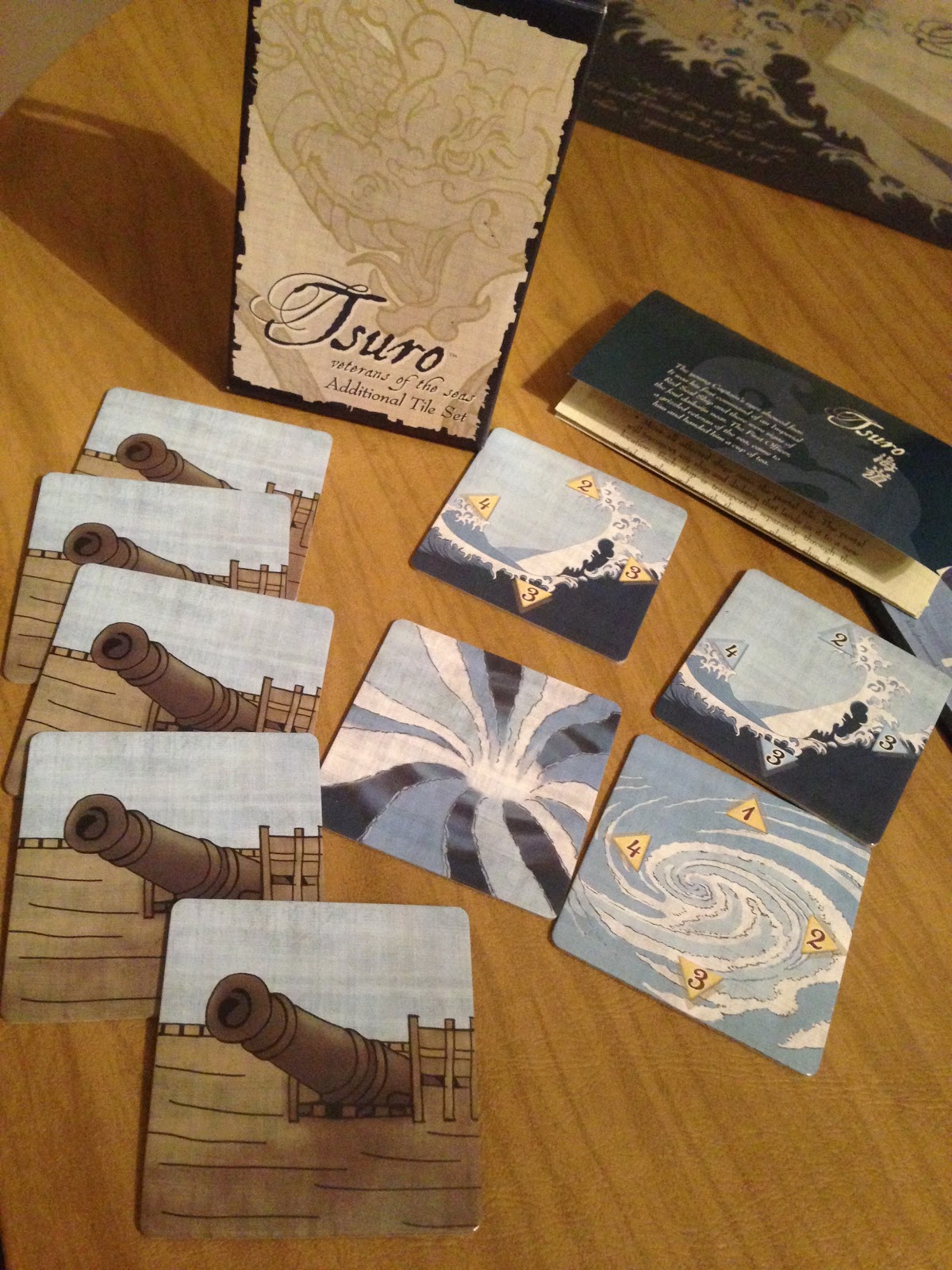 I will admit I have not fared so well because we have played 5 games so far and I have lost every single one of them. That only makes me more determined to play more so I can win as I am super competitive! My husband is obviously really good at path finding, tile laying games. This game is a lot of fun and the more the merrier as you can play with up to 8 people. They have several other games as well including the original, Tsuro and others that look equally fun. Put the kids to bed early and stay up and enjoy a leisurely boat ride through the high seas…just make sure to avoid the dragons.

Here’s your chance to win!  How would you like to win Tsuro of the Seas? I have one to give away to one lucky contestant!

To enter the giveaway please follow all of the directions below! If you don’t follow the rules, you can’t win!

Previous Post: « How to Keep Your Beauty Routine Cool & Sweat Proof This Summer
Next Post: Kidecals Are Labels to Keep Everything Organized Plus Coupon Code »