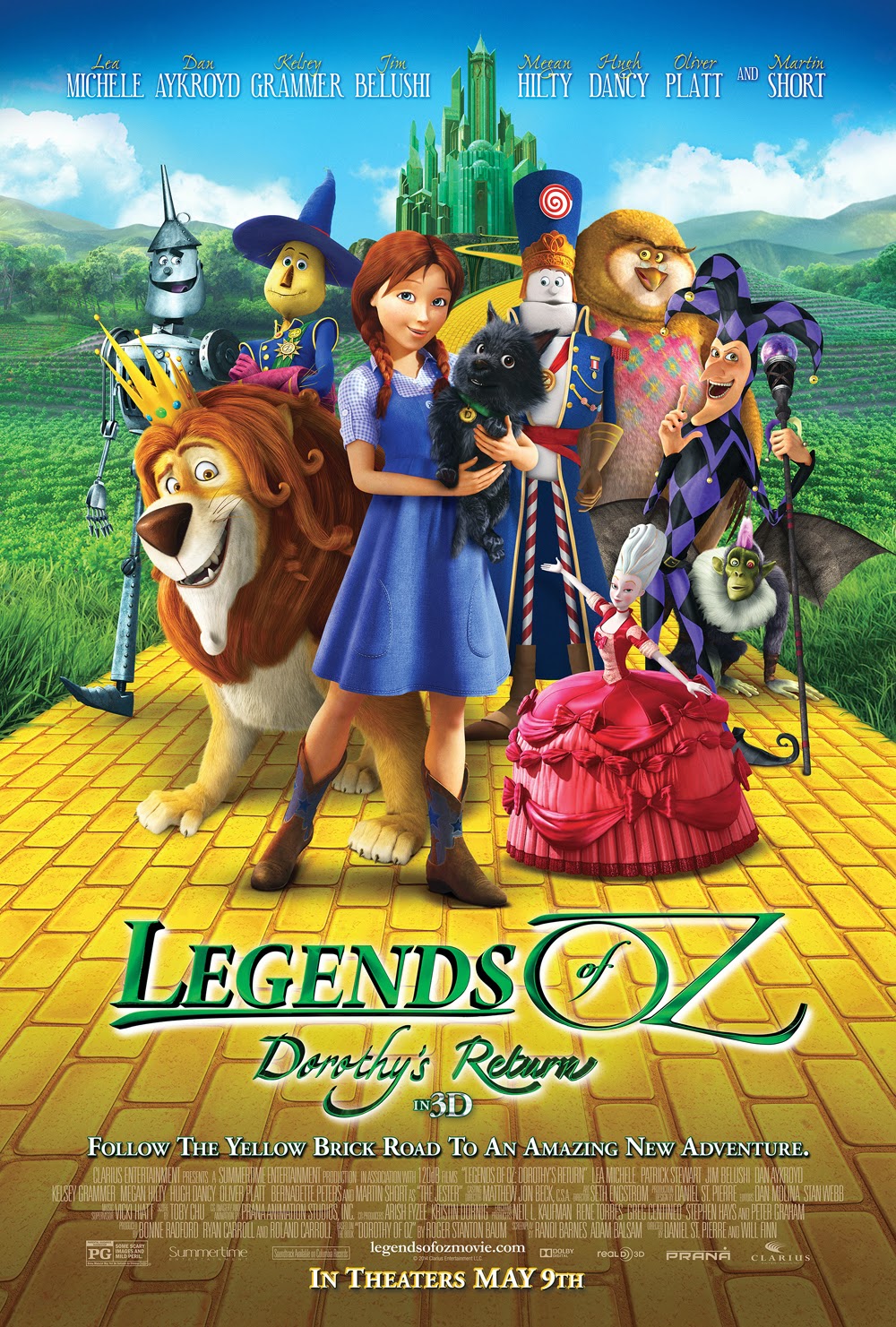 Legends of Oz: Dorothy’s Return is a 3D-animated musical based on the adventure books by Roger Stanton Baum, the great-grandson of L. Frank Baum. A continuation of one of the world’s most popular and beloved fairy tales, Legends of Oz finds Dorothy (Lea Michele) waking to post-tornado Kansas, only to be whisked back to Oz to try to save her old friends the Scarecrow (Dan Aykroyd), the Lion (Jim Belushi), the Tin Man (Kelsey Grammer) and Glinda (Bernadette Peters) from a devious new villain, the Jester (Martin Short). Wiser the owl (Oliver Platt), Marshal Mallow (Hugh Dancy), China Princess (Megan Hilty) and Tugg the tugboat (Patrick Stewart) join Dorothy on her latest magical journey through the colorful landscape of Oz to restore order and happiness to Emerald City. Set to the tunes of Academy Award-nominated singer/songwriter Bryan Adams, Legends of Oz marks a charming, family-friendly return to the Oz franchise.

L. F. Baum’s Oz works have been some of my favorites since I was a child and I’m so very excited for the new movie coming out based on a work by Baum’s great-grandson, Roger Stanton Baum. Check out the stills below: 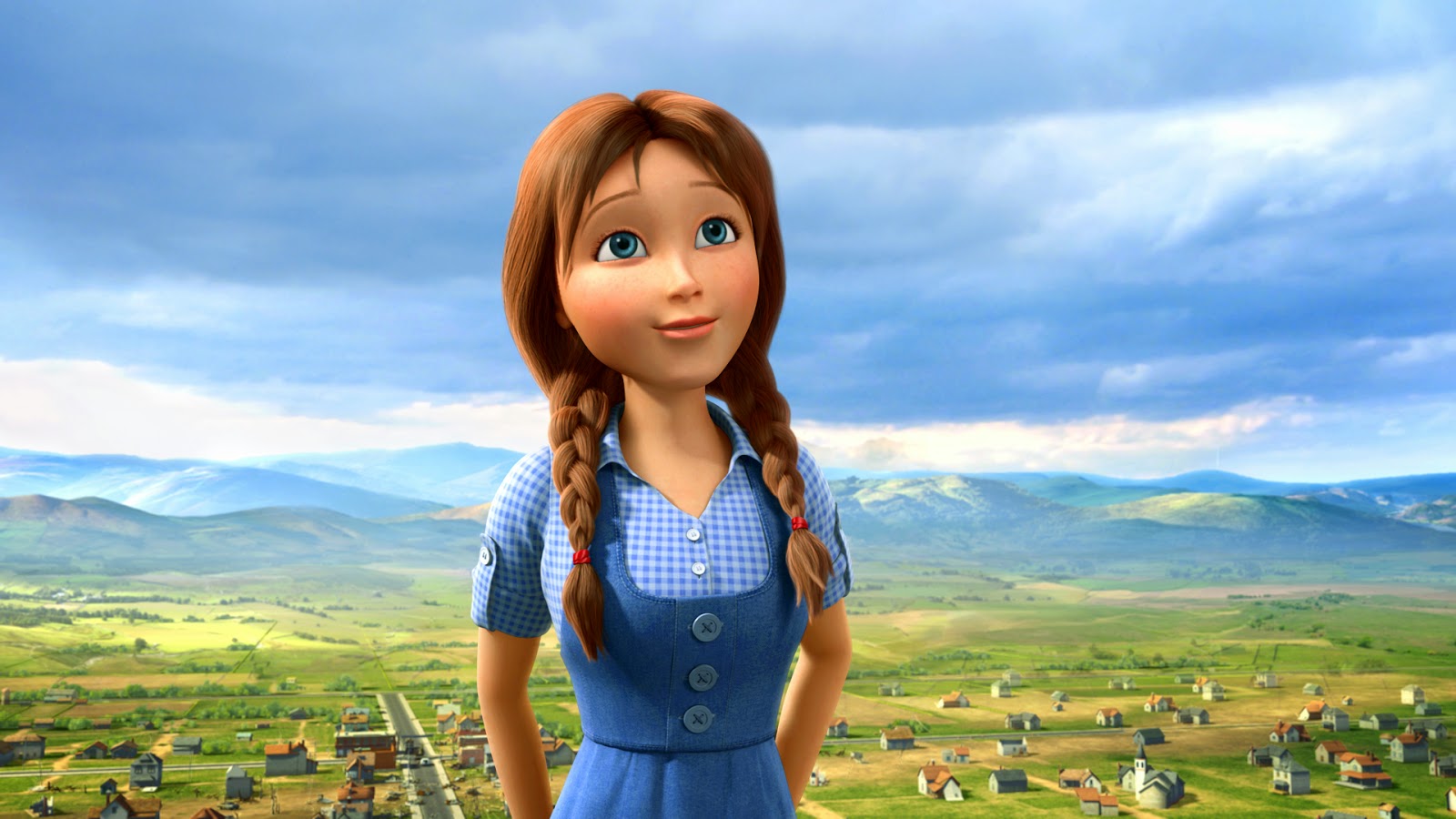 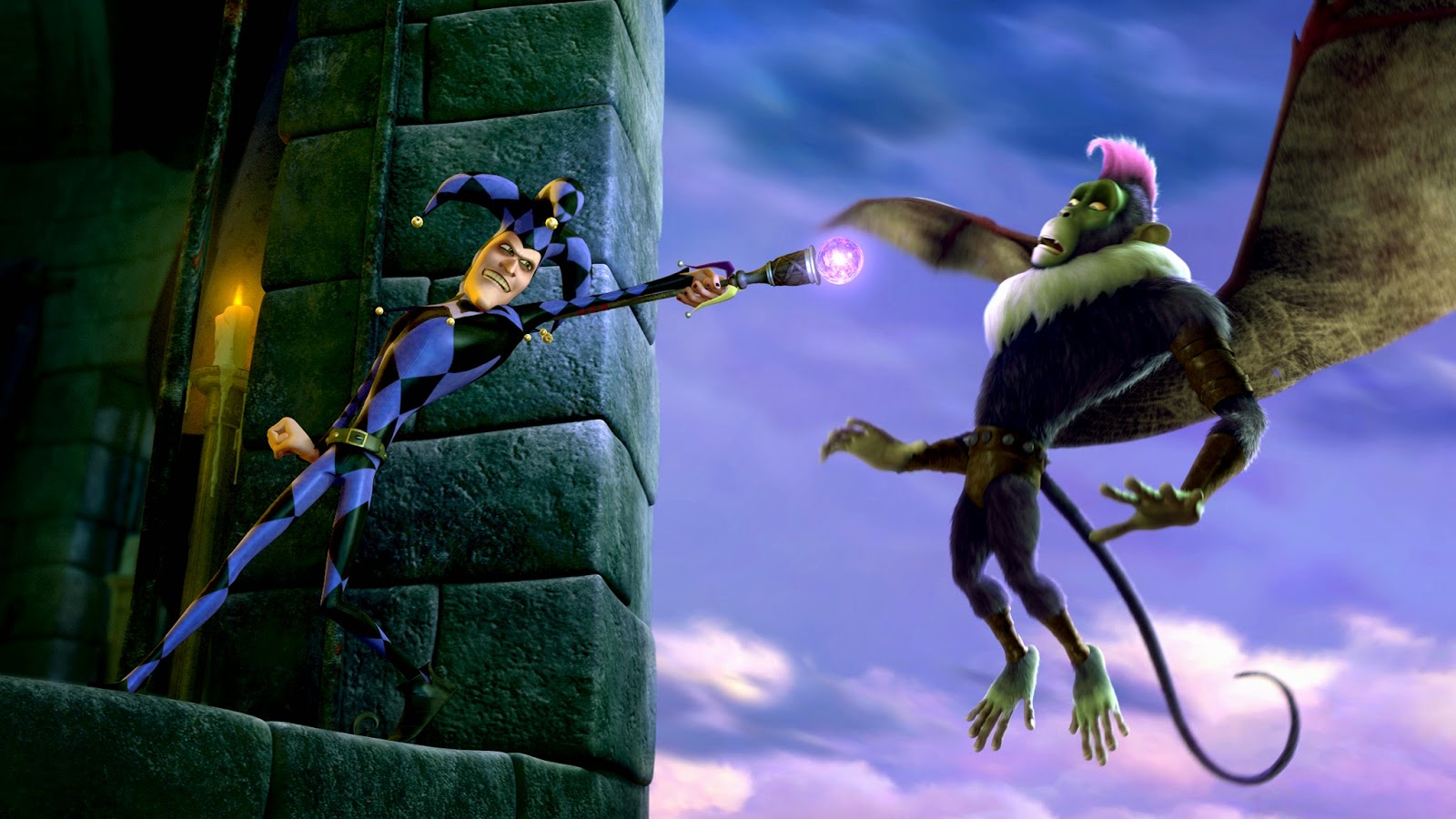 Dorothy Gale, sinister looking jesters, and flying monkeys, OH MY! If the photos don’t get you as excited as I am, check out the trailer below:

The movie hits theaters on May 9th but before that, see if the Legends of Oz Express Tour is hitting a city near you, filled with fun and free activities, games, characters meet and greets, plus story time!  If the tour is not coming to a city near you, don’t fret, we’ll be holding an awesome giveaway here on the blog so you don’t miss out!
Connect
You can connect with Legends of Oz: Dorothy’s Return on their official website, Facebook, Twitter, Pinterest, and YouTube pages