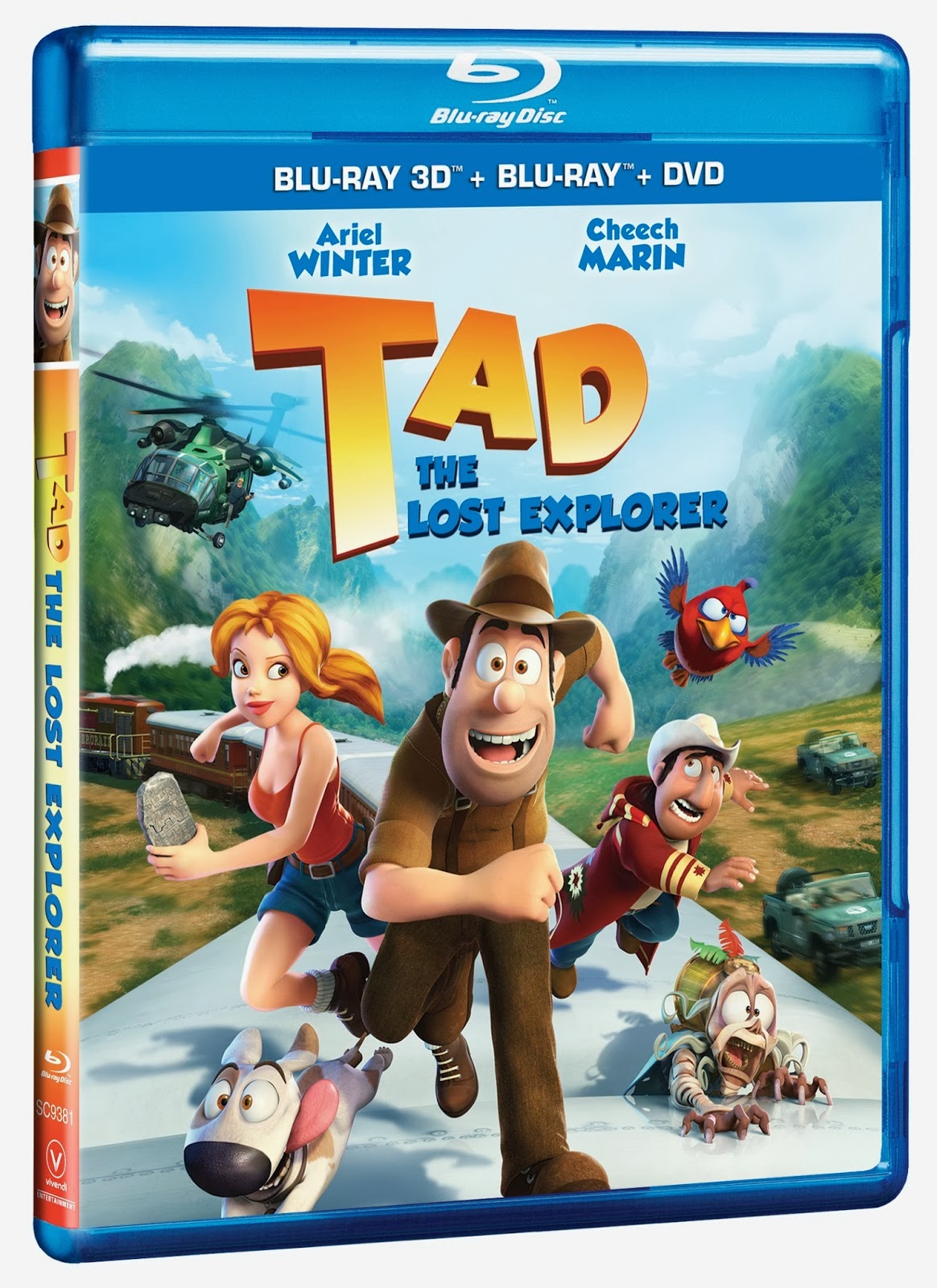 My girls love a good princess movie but sometimes they want to watch a fun action animation film too. Tad: The Lost Explorer brings action and excitement into your home in a fun and adventurous way.

A laugh-out-loud adventure that is perfect for the whole family, TAD: THE LOST EXPLORER features music from the chart-topping boy band sensation One Direction, with an all-star cast of voice talent including Ariel Winter (Modern Family) and Cheech Marin (Beverly Hills Chihuahua). Following a hugely successful international, theatrical run, TAD: THE LOST EXPLORER garnered three coveted Goya? Awards (Spain’s version of an Academy Award?) including Best Animation Film. Embark on a journey of a lifetime when the award-winning action-packed family film, TAD: THE LOST EXPLORER, debuts on Blu-ray 3D combo pack (including DVD) and single-disc DVD.

You can never get a better feel for a film than from its trailer.

Synopsis: Construction worker Tad Stones often daydreams of an exciting life as an adventurer. One day, his dreams come true when he is mistaken for a famous archeologist and is whisked off to Peru while in possession of a sacred key. Soon Tad is caught in a thrilling race against evil treasure hunters as he joins a professor and his beautiful daughter in their search for the Lost City of Paititi. It’s the adventure of a lifetime in this hilarious, action-packed film the whole family will love!

Tad is a fun movie to watch, even if it has a higher level of violence than I would normally find in an animated film. That did not bother us though in the least. Tad, an avid amateur archeologist stumbles into a wild adventure in a Mayan temple when his mentor takes ill before getting on a flight to complete his life’s work. while there he fights with kidnappers and must confront his childhood hero all with some help from the temple mummies. You will have to see it yourself to find out if his spirit and good nature can help him prevail.

You can purchase Tad The Lost Explorer on Amazon $16.98.