~I received a copy of Fielders Choice by J. Mark Hart for review. Opinions and stories are my own.~ 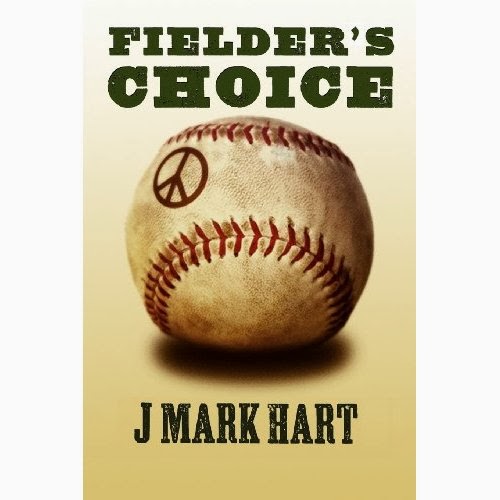 “The dictionary defines a fielder’s choice as a play made on a ground ball which the fielder chooses to put out an advancing base runner, allowing the batter to reach first base safely. What it really means is if you choose to get one guy, the other guy gets away. Choices are a lot like that, you know. If you chose one thing, something else often gets away. And it might be something you really, really don’t want to lose.”

Fielder’s Choice is more than a story about baseball, it’s about one of the most important era’s in history. Set in Birmingham, Alabama in 1968, J. Mark Hart weaves the tale about Brad Williams – an 18 year old boy that loves to play baseball and struggles with racism, Vietnam and the constant reality of the steel mills where most boys wound up. During a time of integration within schools and the Draft, it was a difficult time for any boy coming of age.

J. Mark Hart is an Alabama lawyer who has more than 30 years experience handling civil litigation and appeals. Recognized in Best Lawyers in America and Alabama Super Lawyers, he grew up in Birmingham during the Civil Rights and Vietnam eras. This is his first novel and it really shows the deep level of his understanding during the period as well as his overwhelming love of baseball. Fielder’s Choice truly resonates with the generation that had grown up out of that time, precariously balanced on the edge of change and finding the courage to grow up despite the reality of what may be waiting.

It is honestly a great American story. I love reading stories from this period due to the deep soul searching so many people had to do. I can only imagine what it must have felt like to feel so weighted as a young adult, with so many fears clinging to expectations. J. Mark Hart, pulls the reader in eloquently and allows you to feel your way through the mind and heart of Brad Williams during his great understanding, his brush with love and his desire to simply play the game.

I thought this video was a great representation of the novel from the perspective of young people similar in age to the character.

I will say, you learn a lot about baseball! As it is a true American sport, it honestly clicks so well with the time period and makes you understand why it was so important then.. and now. If you are looking for a story that will touch your heart and really give you an insight into what it was like in the deeper south during the civil rights era – Fielder’s Choice will take you there. This is a very intimate book about Life and I really hope you take the chance to read it.