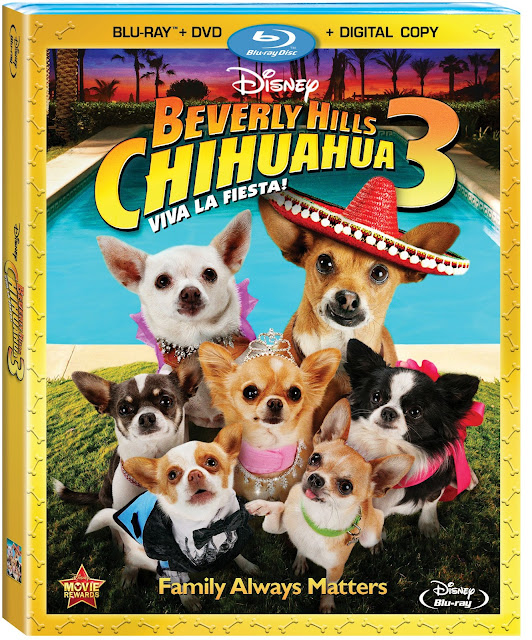 “Everyone’s favorite talking Chihuahuas Papi (voice of George Lopez) and Chloe (voice of Odette Annable) are back, joined by their five playful pups in an all-new family comedy. It’s canine chaos as Papi’s family (dog and human) move into the posh Langham Hotel, complete with a luxurious doggy spa. But there’s trouble in puppy paradise when Rosa, the littlest member of the pack, feels smaller and less special than ever. Now it’s up to Papi to help Rosa find ? and celebrate ? her inner strength, which turns out to be bigger than she ever dreamed and reminds humans and canines alike of the importance of family, friends and teamwork.Papi and Chloe’s pack of five pups include the voices of Kay Panabaker (?Little Birds?) as Rosa, Emily Osment (TV’s ?Hannah Montana?) as Pep, Madison Pettis (Disney Junior’s ?Jake and the Never Land Pirates,? ?Game Plan?) as Lala, Logan Grove (TV’s ?Young Justice?) as Papi, Jr., and Delany Jones as Ali.The canine cast features the voice talents of2Miguel Ferrer (?Beverly Hills Chihuahua,? Traffic) as Delgado, Eddie Piolin Sotelo (?Beverly Hills Chihuahua,? Hispanic National Radio Morning Show DJ) as Humberto and Tom Kenny (?SpongeBob Square Pants?) as Sebastian.The film’s human stars include Marcus Coloma (TV’s ?Make It or Break It,? South Beach?) and Erin Cahill (?Fast Track: No Limits?, ?Boogeyman 3?) who reprise their roles from ?Beverly Hills Chihuahua 2? as the dog’s masters, Sam and Rachel Cortez, plus Frances Fisher (?The Lincoln Lawyer? and TV’s Torchwood) as travel writer Amelia James.Bonus features on the disc include the featurette ?Hanging with Papi,? a playful look at a typical day on-set for Papi and both his human and canine costars, and the English and Spanish versions of ?Living Your Dreams? an all-new music video performed by Raini Rodriguez, star of Disney Channel’s popular series ?Austin and Ally.?Fans who fell in love with Papi and Chloe in the box office hit ?Beverly Hills Chihuahua,? and their universally beloved litter of pups in ?Beverly Hills Chihuahua 2? (the #1 direct-to-video title of 2011*), will enjoy this exciting and playful new installment in the pedigreed franchise. The all-new ?Beverly Hills Chihuahua 3: Viva La Fiesta!? is a must-own family fiesta of fun for everyone. Based on characters created by Jeff Bushell, the film is written by Dana Starfield. It is directed by Lev L. Spiro and produced by Sara E. White.” 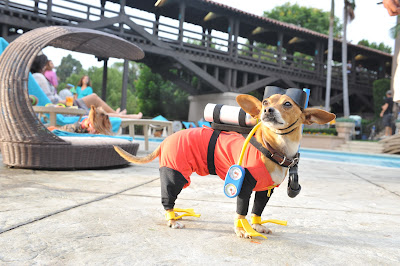 Beverly Hills Chihuahua 3, Viva La Fiesta had my family hooked from the beginning. I feel in love with Papi, which I have to say George Lopez did an awesome job with the voice on that one. It was a perfect combination! Lil Man has to agree with me as Papi had him rolling with laughter throughout the entire movie. Big Bro also claimed Papi as his favorite because he was a cool character and George Lopez played him. As you can see, my kids aren’t impartial or anything here!

Another of my favorites throughout the movie were the Mariachi dogs. They would always appear with their humor at just the right times! Check out the video above to see them in action. 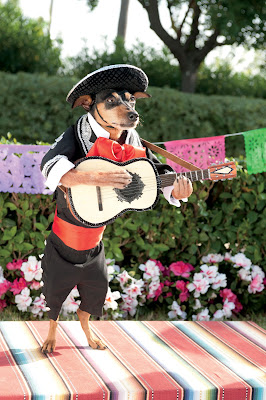 The story line behind Beverly Hills Chihuahua 3, Viva La Fiesta is one of a typical family, parents just trying to do what is right for their families; complete with roadblocks in between. When the family moves, Papi feels a little bit un-needed and that doesn’t seem to sit well with him. Through checking in on his family, he uncovers the unthinkable. Too bad nobody will believe him!

Beverly Hills Chihuahua 3, Viva La Fiesta is a great movie for the entire family. In fact, my kids liked it so much that they talked their teenage uncles into watching it with them. They weren’t too shy to say that it was a great movie either! So there you go, the whole family approves!

I’ve got some fun activity sheets to share with you in celebration of the release of Beverly Hills Chihuahua 3, Viva La Fiesta on Blu-ray, DVD and Digital Download. You can learn how to whip up Papi’s famous Guacamole, Spot the Differences and so much more. You can even get fashion tips from Chloe! Just click the image above and you’re all set to download them all.