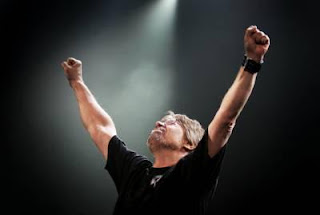 Bob Seger will debut his digitally remastered multi-platinum Live Bullet and Nine Tonight concert albums on The iTunes Store? (www.iTunes.com/BobSeger) and Amazon MP3 store Tuesday, September 13.  To celebrate the offer, a free digital ?Bonus EP? will be available for download for one week only exclusively on iTunes.  USA TODAY is offering fans an exclusive preview of the free EP today, which features six classic tracks including ?Hollywood Nights? (live), Ramblin Gamblin? Man? (live), and ?Mainstreet,? at bobseger.usatoday.com.

Originally released in 1976, Live Bullet was recorded at Cobo Hall in Bob Seger’s hometown of Detroit, Michigan. The album has sold over five million copies and features 14 classics, including ?Turn The Page,? Travelin Man/Beautiful Loser,? ?Katmandu,? plus a live bonus track exclusive to this newly remastered edition, a rare recording of ?I Feel Like Breaking Up Somebody’s Home? from Seger’s sold out first stadium show at the Pontiac Silverdome.

Just because I’m from Michigan cannot mean that I am the only one excited about this! After all- this remastered cd release is the precursor to his next tour- which I am thrilled to say will be heading here to South Carolina and my husband and I will be attending (hopefully).
I grew up listening to my parents play Bob Seger (on records!) in the house, and then in high school he was still a staple to be heard at the various field parties every season. Good times and good memories- if you aren’t familiar with him, ah- you really need to give him a listen. If you’re an old time fan, you may want to take a look at this remastered release which includes a live bonus track and at some retailers is packaged with a t shirt.
Check and see if he’s coming near you via his website. For updated information on the tour schedule visit www.bobseger.com.

Connect: You can connect with info on Bob Seger at his website http://www.bobseger.com/

Buy It: You can buy the cd on his website or at Amazon, Target, Best Buy, etc. for around $9.00 each (more for the ones with the t shirt).
Win it! As for the giveaway- one lucky reader can win both newly remastered CDs: Live Bullet and Nine Tonight! Mandatory entry: Tell me your favorite Bob Seger song! This must be done before any extra entries can count.
After the giveaway be sure to see the download availible for a limited time.