Disney and Pixarâ€™s Turning Red debuts on all major digital platforms April 26 and on 4K Ultra HD, Blu-ray and DVD on May 3, just in time for Motherâ€™s Day. Pixar fans can transport back to the early aughts and experience all the warm and fuzzy red panda Mei-hem with never-before-seen bonus material including seven deleted scenes, three featurettes and audio commentary with Director Domee Shi. Turning Red is also streaming on Disney+. 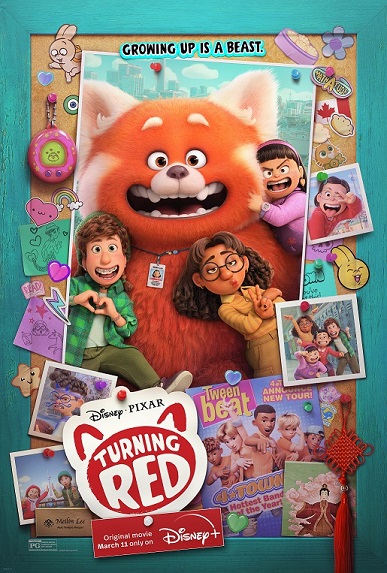 In Disney and Pixarâ€™s Turning Red, confident, dorky 13-year-old Mei must balance being a dutiful daughter with the chaos of adolescence. Her slightly overbearing mom is never far from her daughter. And, as if changes to Meiâ€™s interests, relationships and body arenâ€™t enough, whenever she gets too excited, she â€œpoofsâ€ into a giant red panda!

â— Easter Egg – Robutton Deleted Scene â€“ An alternate ending in which Mei, finding herself sitting next to her 4*TOWN dream-idol Robaire on a flight to California, has some feelings. 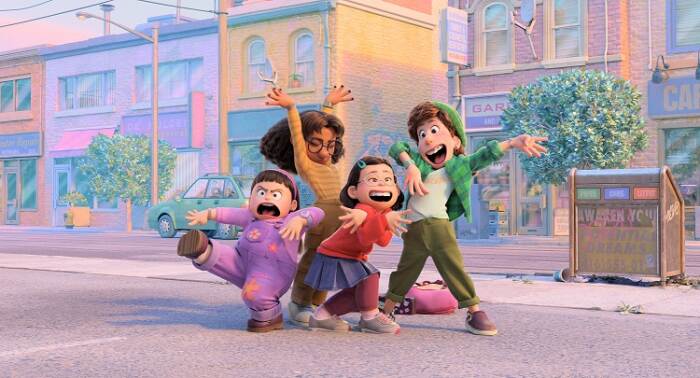 I sat down to watch Turning Red with my 13, 10 and 4 year old daughters and I didn’t know ANYTHING except that it was a new release from Disney+. My 13 year old thought this movie was AMAZING and she especially enjoyed the “retro” feeling of all the items from her mom’s (me) childhood. I LOVED that it reminded me of my very own childhood right down for the love of boy bands! My 10 year old also really enjoyed the movie and she laughed when things were funny and she cringed when characters were in awkward positions which is often where teenagers find themselves. This is the ultimate girls’ coming of age movie. It reminds both moms and daughters that you are not alone in having arguments with each other but that you can in fact get through them together while still keeping your independence and growing up into your own person. My 4 year old liked the movie because we did but it was definitely geared for older kids so I would say 8+ might be a better fit. Regardless of that we have already watched Turning Red several times and my 13 year old is loving the songs so we often listen to the soundtrack in the car and we all sing along! Activate your own Red Panda Mode When Disney and Pixarâ€™s Turning Red Bursts onto Digital April 26 and 4K Ultra HD™, Blu-ray™ and DVD May 3rd.