I received Lois Lane and the Friendship Challenge for this feature. Opinions expressed are my own.

DC Comics Kids has some amazing super hero graphic novels out there and the latest is Lois Lane and the Friendship Challenge, an original story about 13 year old Lois Lane as she navigates the confusing world of social media and friendship along with it. 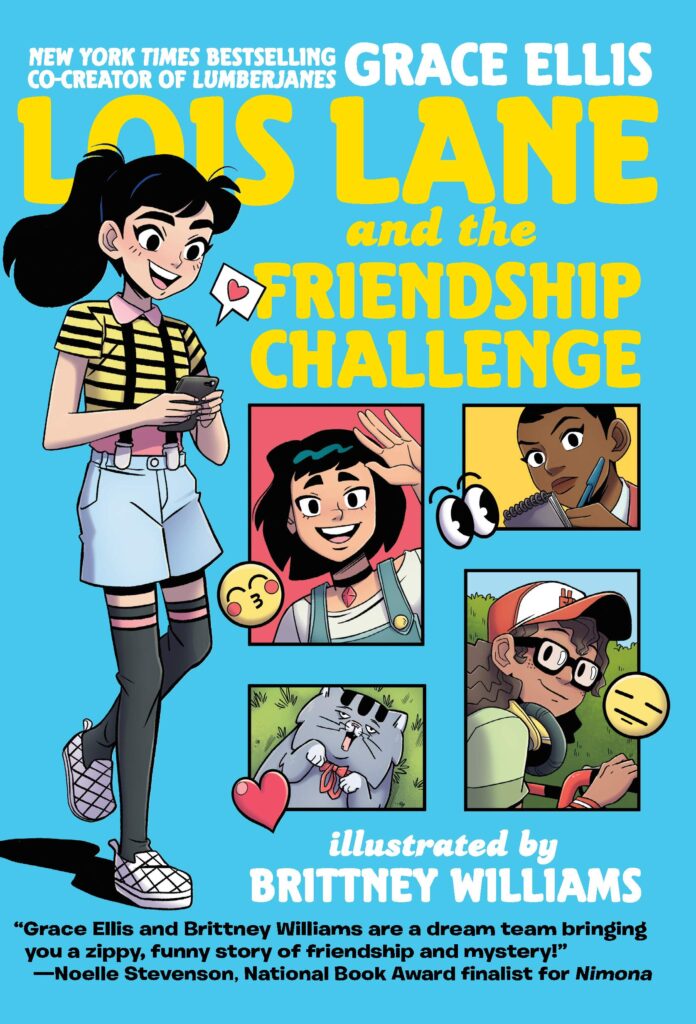 It’s the first day of summer break in the sleepy town of Liberty View, and young Lois Lane bursts onto the scene with what she knows is a sure-to-go-viral video channel. Okay, maybe her platform only receives two views a week (thanks, Mom), and maybe her best friend, Kristen, isn’t quite as enthusiastic about social media, but when Lois sets her mind on something, there’s no turning back.

At the end of the week, the big neighborhood barbecue and bike race will be the perfect backdrop to Lois and Kristen’s #friendshipchallenge video. But when the girls find out the annual fireworks are missing, Lois doubles down on her efforts for fame, testing her friendship in ways she couldn’t imagine.

With Kristen leaving for sleepaway camp after the barbeque and a new girl on the block taking all of Kristen’s attention, will Lois be able to find the missing fireworks, celebrate the summer, and post the best #friendshipchallenge the internet has ever seen? Or will she have to face her challenges IRL?

Grace Ellis is a writer best known for co-creating and co-writing Lumberjanes, a New York Times bestselling, Eisner and GLAAD award-winning comic, though you won’t hear her brag about it unless you ask her directly. She has written several episodes of the animated series Bravest Warriors. Grace lives in Columbus, Ohio, where she co-parents a preternaturally smart cat, even though she’s more of a dog person.

Brittney Williams is a storyboard and comic book artist who draws A LOT. In 2012 she interned at Walt Disney Animation Studios as a storyboard artist. Since then, she’s worked for a variety of animation studios and publishers including DC Comics, Cartoon Network, Dreamworks TV, BOOM! Studios and Marvel Comics. As a two-time GLAAD Award nominee, she exists to create things for kids and the queer community.

I have 3 daughters and I am very active on social media so I can easily see why this title would appeal to readers, especially girls, aged 8-12. That is the age kids tend to get their own phones and they start communicating with friends online and as Lois Lane shows us in this title it is not always as easy as it sounds. Lois wants to go viral with a #FriendshipChallenge video with her best friend but so far all she seems to do is annoy people, especially her best friend, with her constant video taping. The neighborhood bike race and BBQ is approaching but the fireworks for the show have gone missing. Lois becomes so obsessed with solving the mystery for her own selfish reasons of making her video that she completely ignores her best friend’s personal issues. This is a great example of how friendships can be one sided and that social media should never be the focus when it comes to friendship. This is a title that middle grade readers especially can relate to.

Previous Post: « Unicorn Sprinkles Fizzing Bath Salts Recipe for Kids
Next Post: How to Talk to Kids About Underage Drinking »