I received Green Lantern: Legacy for this feature. Opinions expressed are my own. 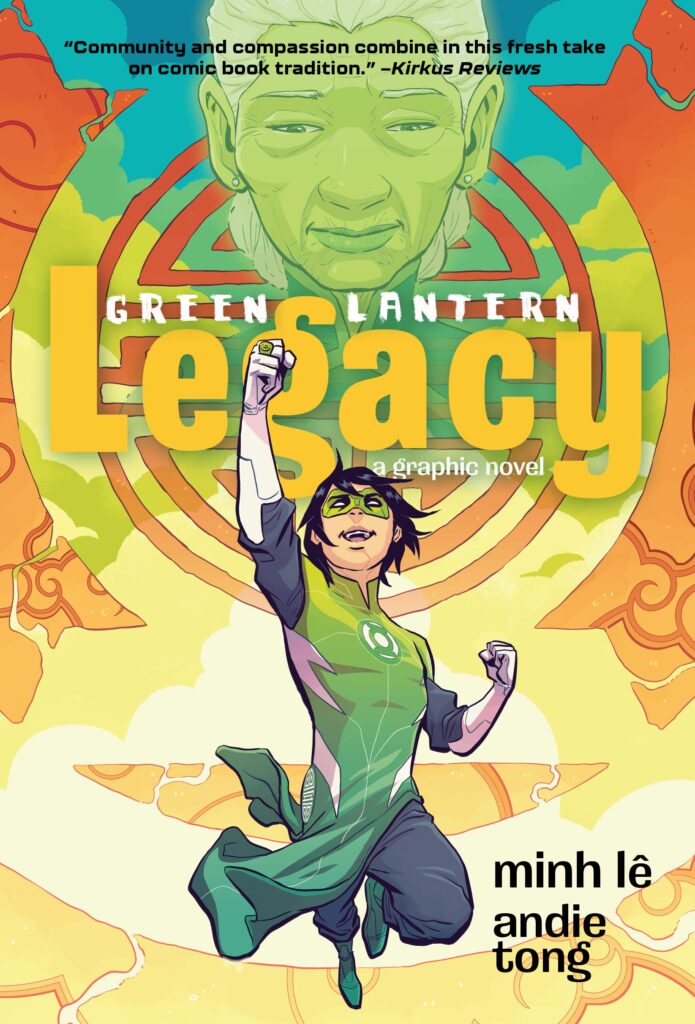 Thirteen-year-old Tai Pham lives in the apartment above his grandmotherâ€™s store, where his bedroom is crammed with sketchpads and comic books. But not even his most imaginative drawings could compare to the colorful adventure heâ€™s about to embark on.

When Tai inherits his grandmotherâ€™s jade ring, he soon finds out itâ€™s more than it appears. Suddenly heâ€™s being inducted into a group of space cops known as the Green Lanterns, his neighborhood is being overrun by some racist bullies, and every time he puts pen to paper, heâ€™s forced to confront that he might not be creative enough or strong enough to uphold his baâ€™s legacy.

Now Tai must decide what kind of hero he wants to be: will he learn to soar above his insecurities or will the past keep him grounded?

Minh Le is a writer but, like his grandfather, is a man of few words. He is a national early childhood policy expert, is the author of the picture books Drawn Together (illustrated by Dan Santat) and Let Me Finish! (illustrated by Isabel Roxas), and he has written for the New York Times, the Horn Book, and the Huffington Post, Green Latern: Legacy is his first graphic novel. A first-generation Vietnamese American, he went to Dartmouth College and has a master’s in educations from Harvard University. Outside of spending time with his beautiful wife and sons in their home near Washington, D.C., Minh’s favorite place to be is in the middle of a good book.

Andie Tong‘s past comic book and illustration experience includes titles such as Spectacular Spider-Man UK, The Batman Strikes!, Tron: Betrayal, Plants vs. Zombies, Star Wars, Tekken, and Stan Lee’s The Zodiac Legacy. Andie has also illustrated children’s books for HarperCollins for more than ten years and has had the opportunity to work on multiple books with Stan Lee. Malaysian born, Andie migrated to Australia at a young age, and then moved to London in 2005. In 2012 he journeyed back to Asia and currently resides in Singapore with his wife and two children. 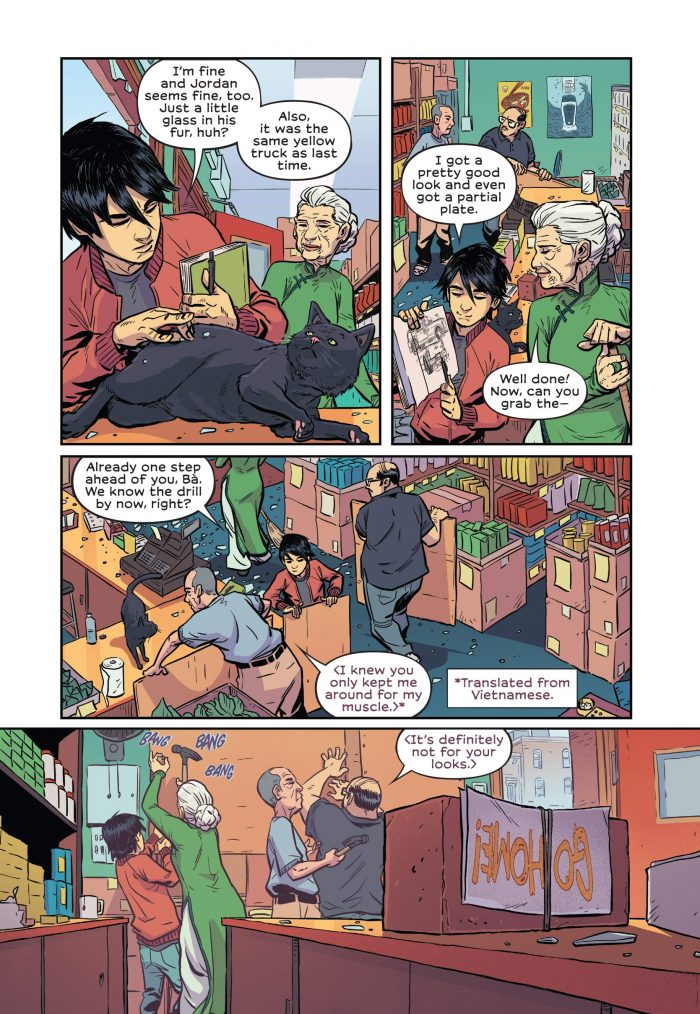 Tai is 13 years old and works in his family’s store with his parents and grandmother. Tai enjoys drawing and really loves his beloved grandmother. Her death is sudden and with it Tai is thrust into the world of the Green Laterns. Finding out your grandmother was a superhero is shocking enough but now her ring has chosen him as her successor. So much power with a teenager…can be dangerous. This story comes with plenty of excitement while still showing Tai is but a teenager. He has his two best friends by his side as a local billionaire tries to buy up the neighborhood and change it up to something new. The plot might not be anything new but the graphic novel itself is quite exciting for the 8-12 age range. MY 11 year old daughter is obsessed with graphic novels and has read this one cover to cover three times already and she has shared it with some of her close friends. It was quite interesting to read about an older super hero that immigrated from Vietnam and now her grandson will take over. We only get to see but a small part with her but she might very well be my favorite character! This new line of DC graphic novels directed towards middle grade readers is quite exciting as we all get to read up on new origin stories that fit into our modern world. Another exciting part with these new titles is we are seeing a new diverse cast of super heroes with a whole new set of problems. I can’t get enough of them and neither can Big Sis. These are fantastic for lovers of graphic novels, superheroes and even if you have never read a graphic novel I suggest giving these a try as you might surprise yourself with how much fun they can be to read!