It is time to go where no brick has gone before when The LEGO Movie 2: The Second Part arrives on 4K UHD Combo Pack, Blu-ray Combo Pack, DVD Special Edition and Digital. The much-anticipated sequel to the critically acclaimed, global box office phenomenon that started it all, The LEGO® Movie 2: The Second Part reunites the heroes of Bricksburg in an all new action-packed adventure to save their beloved city. 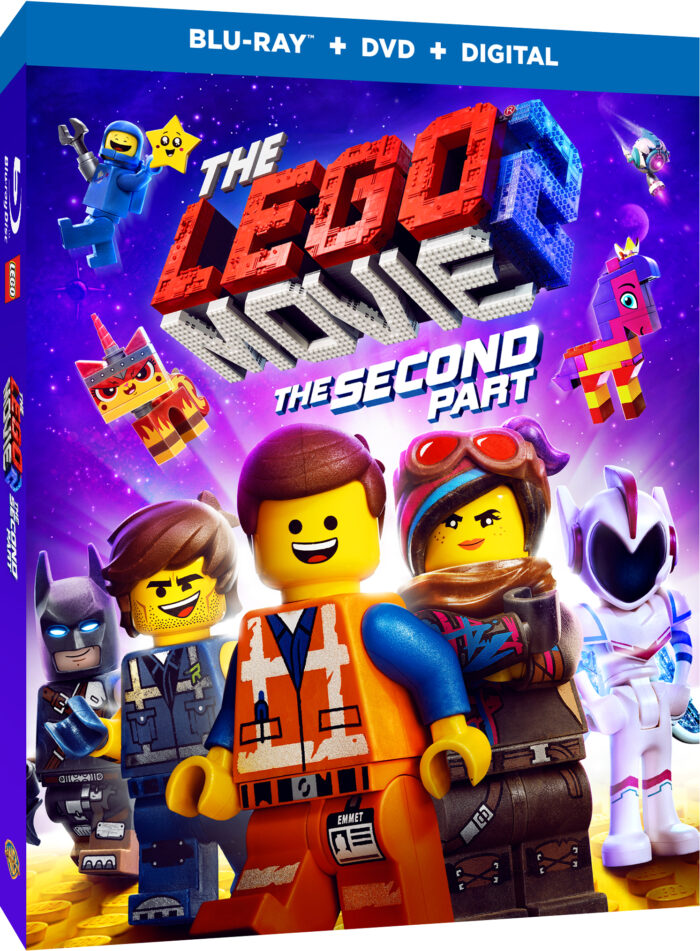 It’s been five years since everything was awesome and the citizens are now facing a huge new threat: LEGO DUPLO invaders from outer space, wrecking everything faster than it can be rebuilt. The battle to defeat the invaders and restore harmony to the LEGO universe will take Emmet (Chris Pratt), Lucy (Elizabeth Banks), Batman (Will Arnett) and their friends to faraway, unexplored worlds, including a galaxy filled with fantastic planets, strange characters and catchy new songs. It will test their courage, creativity and Master Building skills, and reveal just how special they really are.

The LEGO® Movie 2: The Second Part was directed by Mike Mitchell (“Shrek Ever After,” “Trolls,” “Sky High”) and produced by Dan Lin, Phil Lord, Christopher Miller and Roy Lee, the team behind the LEGO film franchise since “The LEGO Movie,” and Jinko Gotoh. The screenplay was written by Lord and Miller, the Oscar-winning producers of “Spider-Man: Into the Spider-Verse,” from a story by Lord, Miller and Matthew Fogel, based on LEGO Construction Toys. Trisha Gum was the animation director.

I did not show my family the original The Lego Movie till it had been out for over a year! Not sure how I missed it but I didn’t think much of it. Once I saw it I was WOWED and we were hooked. All the Lego movies are so good as they have plots that are a joy to watch over and over and they are funny! The Lego Movie 2: The Second Part is no exception and in this installment the Duplo are out to destroy everything! Everything is done like Lego bricks and the movements are like Lego bricks! You must watch it to really understand why it is so great. The music is also fun and I find myself singing the songs even when my kids are not with me! As far as the bonus features the outtakes and deleted scenes are fun but the animated short is a MUST-SEE! Own it early on digital NOW and on 4K UHD, Blu-ray and DVD as it debuts on May 7th. Everything is still awesome!

Enter our The Lego Movie 2: The Second Part on Blu-ray Giveaway!

Giveaway is open to residents of the 48 contiguous United States and D.C., age 18 or older. Void in Alaska, Hawaii, outside the United States, in Puerto Rico, and wherever else prohibited by law.

Previous Post: « Celebrate National Kite Month by Flying a Kite from Antsy Pants!
Next Post: Gross! There is Bacteria on Towels »