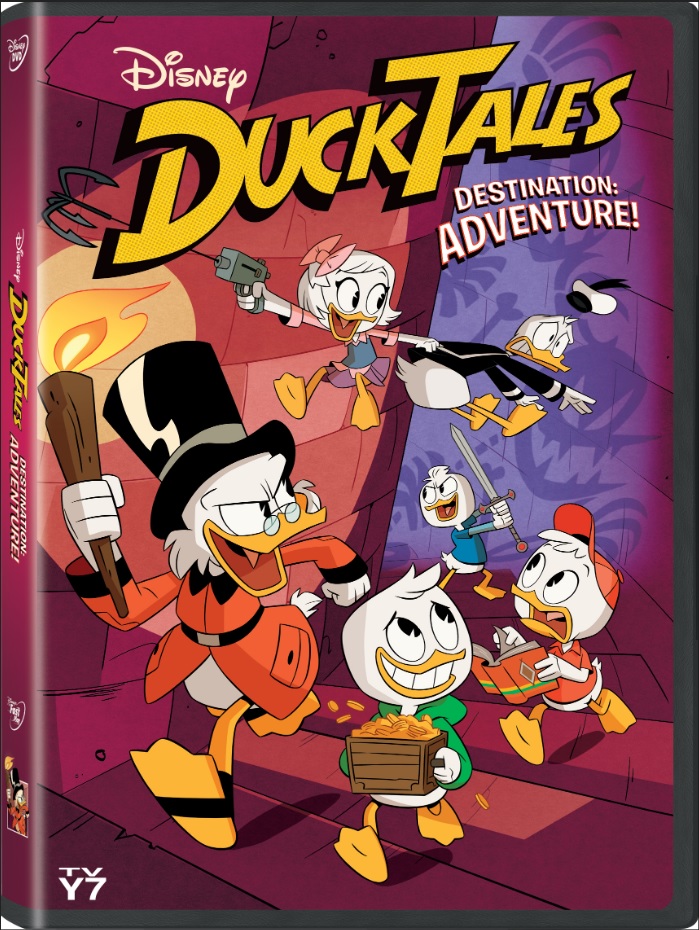 An ancient tomb in Toth-Ra, the mountain peak of Mt. Neverrest, a vacation island for Greek gods?global expeditions await! Thanks to Huey, Dewey, Louie and Webby, trillionaire Scrooge McDuck is back in action, leading the way to death-defying exploits stretching all the way from Duckburg to legendary destinations around the world. Let the greatest family adventures begin!

When I was a kid Ducktales was one of my all time favorite shows. I don’t know what appealed to me the most but it must have come down to that money bin full of coins and all the exciting adventures Uncle Scrooge, Huey, Dewey and Louie would go on. To say I was thrilled when DuckTales made a come back is an understatement. The characters have a slightly new look but they still go on fun adventures and work as a team. A nice bonus on this DVD is the inclusion of the 2 classic DuckTales episodes. My girls enjoy seeing the difference between the classic episodes and the new ones. My heart still loves the classic Ducktales the best but my whole family enjoys the DuckTales reboot and this DVD is a hit!