Join Fun-loving Pug Puppy Brothers Bingo and Rolly on Paw-some Adventures Around Their Neighborhood and the World in Puppy Dog Pals. Bring Home Over 2 Hours of Adventure on Disney DVD April 10th!

They’re cute, cuddly and all collared up for pup-tacular adventures!? While their owner Bob is away, adorable puppy brothers Bingo and Rolly embark on exciting missions stretching from their own backyard to amazing locations all around the world!? With support from their “big sister” Hissy, a neighborhood full of animal friends and Bob’s high-tech inventions, these hilarious heroes are always ready to unleash totally paw-some fun! 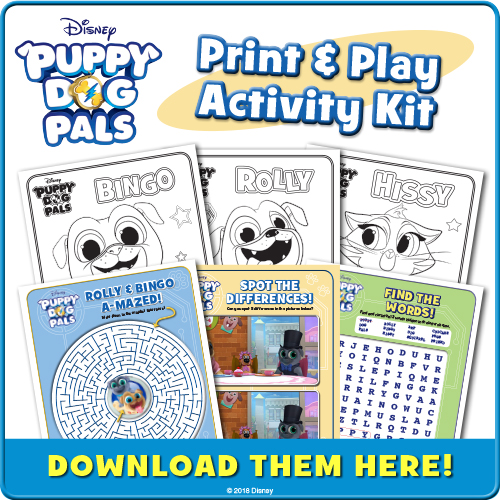 Lil Sis is 6 and enjoys watching this show probably because she loves animals. This is a cute show that I would say is especially great for kids ages 4-6. The dogs get into mischief all while teaching life lessons to viewers in a way that is entertaining. Another great family show from Disney Junior!