As a former librarian I clearly LOVE books. Now that I am a mom to 3 kids I find I have very little time to actually read books for myself. What I do have time for is someone else to read books to me and that can be done with Audiobooks.com. In the car, at the gym, or relaxing before bed "reading" a book has never been easier and more enjoyable than having someone else read it to you. Audiobooks.com has over 100,000 titles to chose from that will take your mind anywhere you want to go! Give mom the gift of someone else doing the work with a subscription to Audiobooks.com. 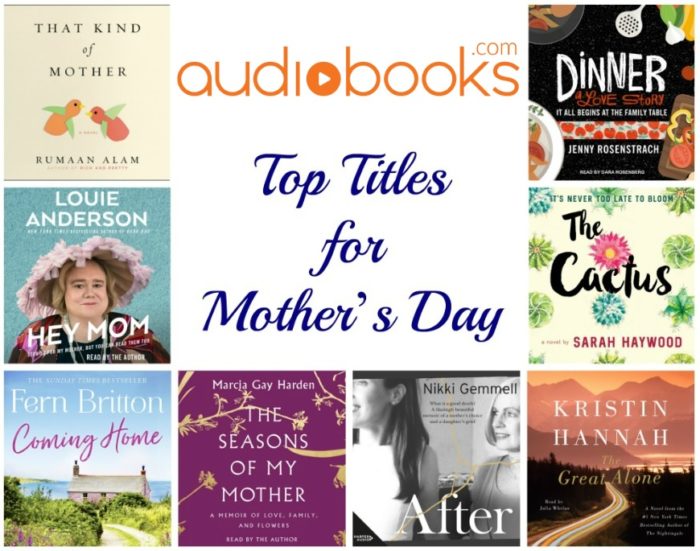 Giving an Audiobooks.com subscription to a Mom in your life is a great way to show her you are thinking about her. She can relax in the tub, be running at the gym or waiting in the car-pick up line at school and still be able to enjoy a book being read to her. Years ago I become an audiobook fan because it fits my busy lifestyle and I highly encourage giving it a try! With Audiobooks.com you can get your first book free! The only hard part is trying to decide which book to pick! Check out the Audiobooks.com Top Titles for Mother's Day list above and I want to wish all our mom readers a Happy Mother's Day!