The holidays came and went this year but they just weren’t the same for my family, or for the family of some very dear friends who are close to our hearts. One of the things that did keep my spirits up though, is being able to partner with Aflac for their #AflacHolidayHelpers program, to share some ways to spread holiday cheer.

This story is a tough one to tell because I don’t even know where to begin. I could start from the beginning, in 2001 but then I’d have to write a book about it. Instead, let’s travel back to May of 2016.

It was a terrible month. My mother-in-law was in and out of the hospital since April, fighting a very aggressive cancer, that would later take her life. We got a call one day in May that she was found unresponsive in the nursing home she was staying at for recovery and spent the next few?days by her side in the ICU, until God called her home. Sadly, our dear friend’s 14-year-old son was admitted to Children’s Hospital within those few days. It was a heartbreaking time as they too, knew this was the end for their sweet Donovan.

Over the course of the rest of the year, we watched as our friends and their family grieved the loss of Donovan and wanted so badly to ease their pain, but knew that nothing possibly could. The holidays were especially rough and I knew that they could certainly use some holiday cheer after this tragic health event and that’s when I was blessed to be able to do something special for them, with the help of Aflac.

The #AflacHolidayHelpers program was inspired by the ripple effect and financial burden caused by an unplanned health event. This can be especially hard on families during the holidays, so Aflac partnered with influencers like me as well as celebrity parents and philanthropists Kevin and Danielle Jonas to give a combined $50,000 to families going through challenging times during the holidays due to recent health events. Aflac offers supplemental insurance that pays cash when policyholders are sick or hurt so that they don’t have to worry about financial stress during hard times, but can rather focus on recovery. 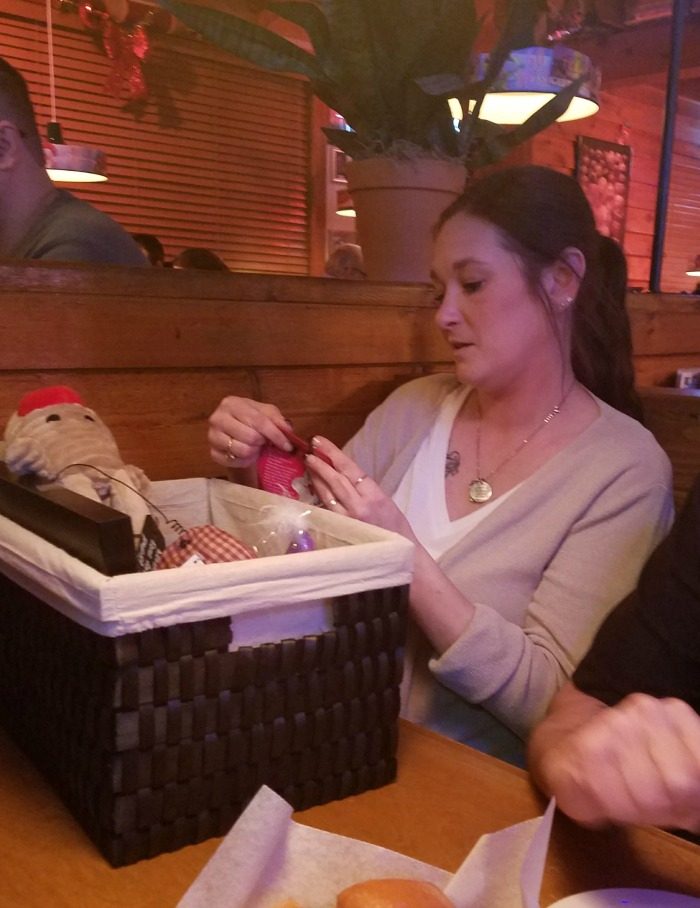 I thought long and hard, bouncing ideas off my husband on ways to spread holiday cheer to a grieving mother and father this holiday season. We knew that nothing would take their pain away; but, what we could give them was?things to look forward to and be excited about, to let them focus on something else, if even for just a moment. On New Year’s Eve, we met them for dinner to present them with a basket full of goodies with little notes explaining some of the gifts that we would be giving them. 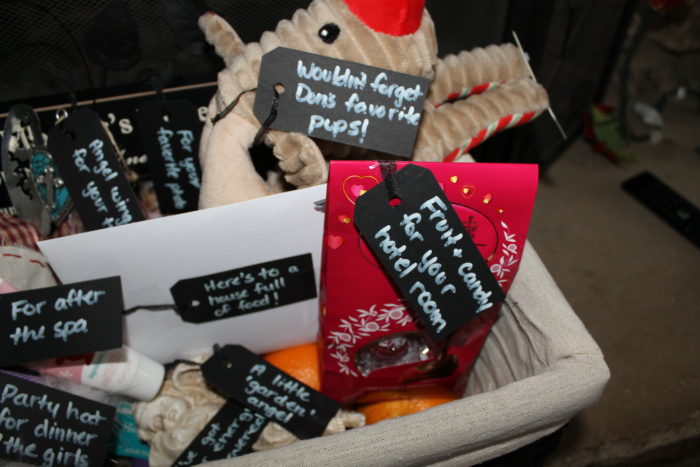 I shopped for some special gifts, that I knew would mean something to Amy, Donovan’s mom. Gifts in the basket included an angel statue for her garden, a sentimental photo frame for their favorite photo, some toys for their pups (who Donovan loved so dearly) and other goodies that had to do with future gifts that would be presented to them. 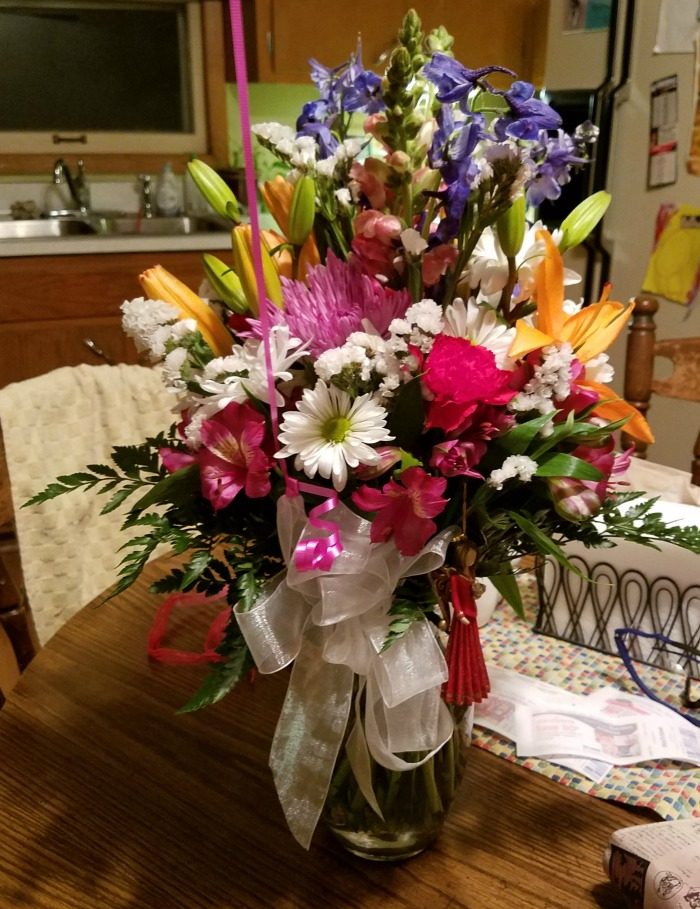 Earlier this week, I met Amy to present the rest of the gifts. I stopped to pick up a gorgeous bouquet of flowers along the way, because I knew it would brighten her day. I even found a little angel ornament to tie onto it!

I brought a few bags full of groceries inside when I got to her house, along with a gift card so that they could shop for more groceries. I presented her with a night at a nearby resort and a couple’s massage so that they could enjoy a relaxing weekend, just the two of them. Before we left for the mall, we stopped at her landlord’s house so that we could take care of her rent for January. 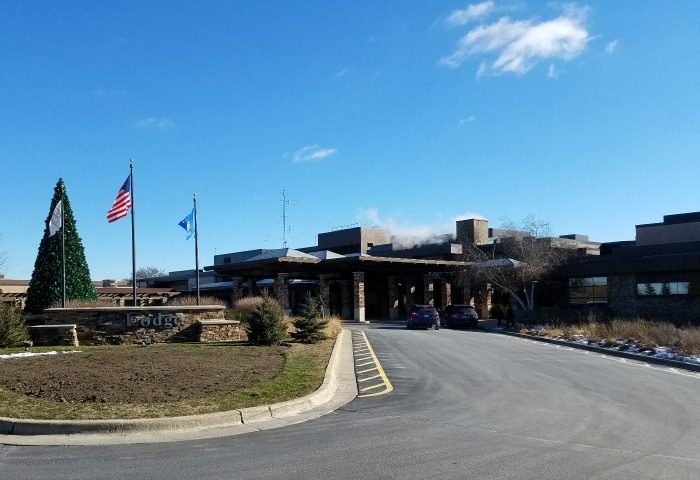 We shopped for her kids and she enjoyed picking out gifts for her son and daughter, though we both joked about not liking to shop, especially in crowded malls. We reminisced on old times, chatted about life and ended the evening with a delicious Italian dinner at a restaurant she had been wanting to try. We had a wonderful time and after I got back home, her daughter texted me to say, “My mom is thrilled -thank you so much,” and that meant the world to me because making her smile – if only for a moment – was the whole reason behind this project.

Tomorrow, we’ll finish off these ways to spread holiday cheer with a girl’s night dinner, surrounded by all of the friends that Amy holds dear. After that, I’ve got one last surprise up my sleeve for my special friend! 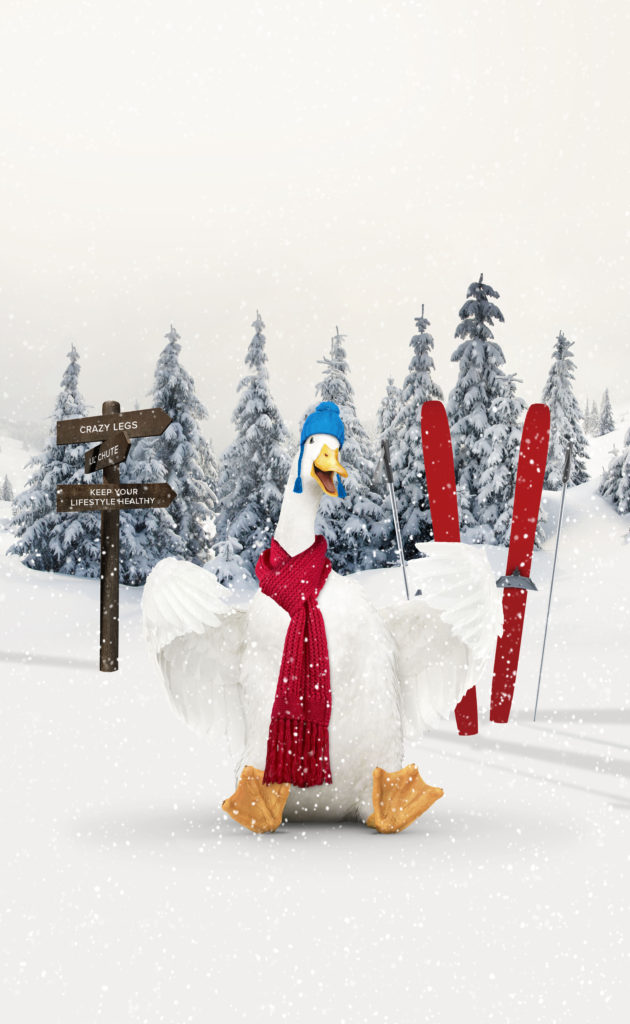 Aflac has taken a light-hearted approach to highlighting how life often throws us curve balls with their new ad, “Ski Patrol.” This ad gently reminds us that protecting our health and lifestyle with supplemental insurance is important, and Aflac is there in your time of need – big or small. In fact, Aflac is the U.S. leader in voluntary insurance sales and they pay cash benefits fast when a policyholder needs it most.