The most explosive clash to ever rock the Marvel Cinematic Universe ignites a firestorm of conflict in the game-changing epic, Captain America: Civil War.? In the wake of collateral damage, government pressure to rein in the Avengers drives a deep wedge between Captain America (Chris Evans) and Iron Man (Robert Downey Jr.), causing a catastrophic rift that escalates into an all-out feud.? Against a backdrop of divided loyalties, their fellow Avengers must deal with the fallout. Pick a side in this spectacular adventure, packed with mind-blowing action, suspense and exclusive bonus content! 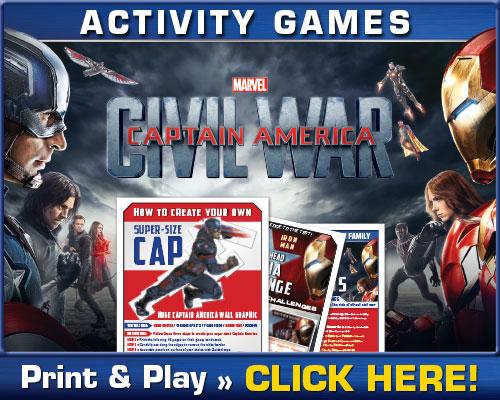 *Bonus features may vary by retailer. The DVD does not include any bonus materials.

I am a really big fan of the entire Marvel Universe from the television shows and movies to the comics and action figures. This latest movie installment is unlike all the rest as the Avengers are split into two groups. After the Avengers help out with any situation it usually leaves a city in ruin and lives lost. Now the UN wants them under tight orders on what they can and cannot do. Half the group is willing to comply but the other half is not. A new situation arises and now the half following the rules must arrest the other half but they are not going down without a fight. Friend against friend this movie is an epic battle of two good sides. It is a great movie with stunning visual affects and a story line that really changes up everything. Like I always suggest do not miss the bonus features! I love learning more about all the characters and the gag reel is funny too! An absolute must see for any Marvel fan!