Bring the party home with the hit animated comedy,?THE ANGRY BIRDS MOVIE, which has already debuted onto digital and will be available on Blu-ray/DVD Combo Pack,?4K Ultra HD/Blu-ray 3D combo pack and DVD August 16th from Sony Pictures Home Entertainment. 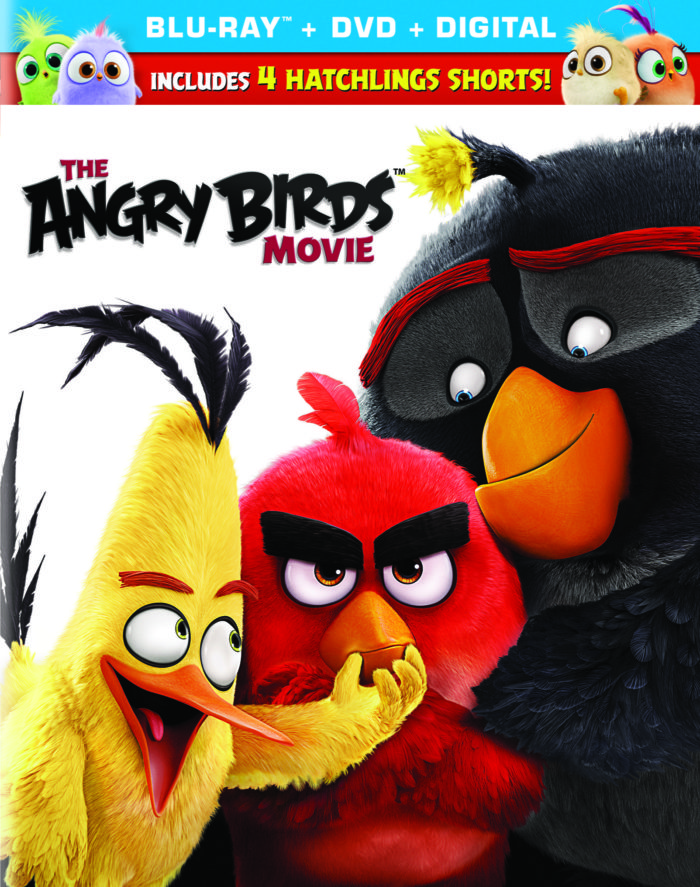 In the animated comedy-adventure, THE ANGRY BIRDS MOVIE, we?ll finally find out why the birds are so angry.? The movie takes us to an island populated entirely by happy, flightless birds ? or almost entirely. In this paradise, Red (Jason Sudeikis), a bird with a temper problem, speedy Chuck (Josh Gad), and the volatile Bomb (Danny McBride) have always been outsiders. But when the island is visited by mysterious green piggies, it’s up to these unlikely outcasts to figure out what the pigs are up to.

This movie really soars! I have been playing The Angry Birds Game for years and my daughters enjoy playing the game too so we all wanted to know why these birds were so angry! The movie delivers! All the birds on the island are peaceful and friendly except for a few birds that meet each week for therapy to help discuss why they are different. One day the piggies arrive on the island and all the birds happily accept them…everyone except Red that is. Red is determined to find out why the pigs have come even if it makes him even more of an outcast. A funny family film that will have you enjoying The Angry Birds even more than you already do. Make sure to check out the extras as it is always fun to see bonus scenes or videos of how the film was made. Definitely make sure to watch the hatchlings shorts as they were our favorites.