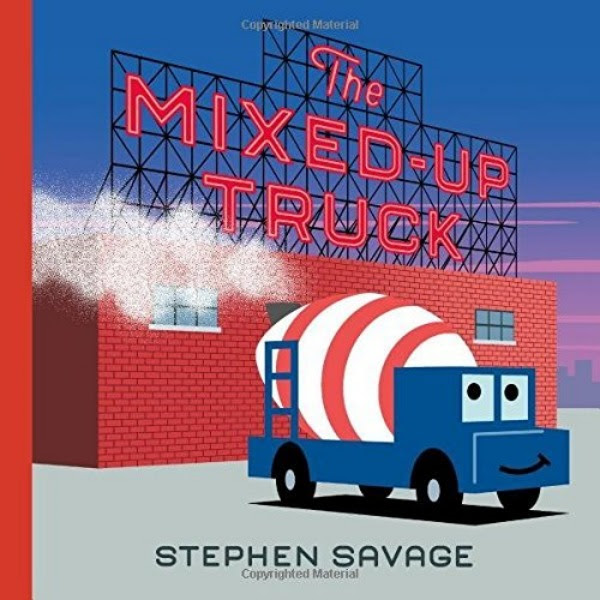 The Mixed-Up Truck by Stephen Savage is a’sweet story about a cement mixer’s first day on the job.? Stephen Savage?is the author and illustrator of 9 books for children, including the New York Times bestselling picture book Polar Bear Night, written by Lauren Thompson. 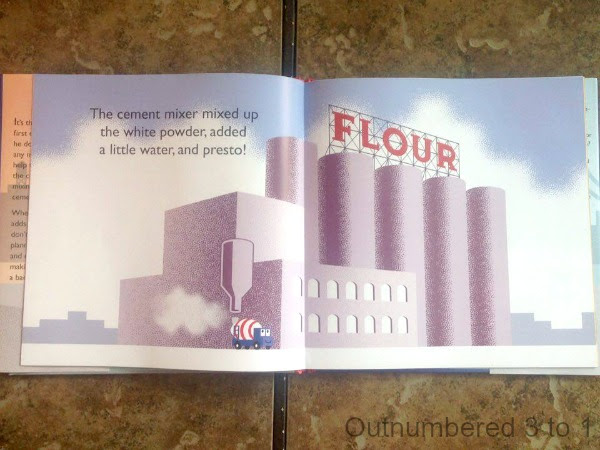 It’s the cement mixer’s first day on the job, and he doesn’t want to make any mistakes.? How can he help the other trucks on the construction site?? By mixing some powdery white cement, of course!

When he mixes it up and adds a little water things don’t turn out as planned.? But he keeps trying and eventually learns that making mistakes isn’t always a bad thing.

Every time?the other trucks tell him to “Go mix up some powdery white cement” he comes back with the wrong mixture.? How many times have we given our children a simple directions to go get something, and they come back with something completely different?? I think all children can relate to this book, but the illustrations will really appeal to boys with all the construction crew trucks. 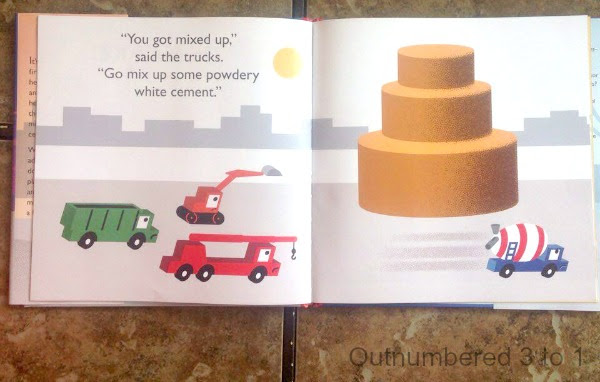 This picture bookillustratesthe Cement Mixer?day he falls into an unfortunate cycle of mixing the wrong ingredients?yielding cakes, frosting, bubble baths, and anything?but?a building! The story?will help?your children understand that everyone makes mistakes, and it’s okay!? We all make mistakes,?but it’s important that?we learn from our mistakes. When the Cement Mixer is making mistake after mistake his co-workers continue to encourage him to find the right powdery white ingredient. The Cement Mixer is finally able to know what is like to help the other trucks on the construction site by finally mixing cement to make the building.??Just remember everyone makes mistakes, but be sure to encourage your children instead of criticizing them.

Previous Post: « Get Cute Backpacks & Lunch Boxes From Wildkin For Back-to-School
Next Post: Owlegories Vol. 3 – The Fire, The Duck, The Seasons DVD Review »