Tweet
Pin
Share
Share
0 Shares
I received a sample for this review/feature. Opinions expressed are my own.
My all time favorite genre of books would probably be young adult fantasy. I started reading them as a young adult myself and even though I am in my 30s (OMG….for real???) I still enjoy these coming of age books. I don’t write about books here on the blog unless I actually enjoy the book and The Sparks: Book One of the Feud Trilogy is a young adult book not to be missed! I think Kyle Prue being a teenager himself gives him a perspective in writing that makes his characters especially relate-able to other young adults. 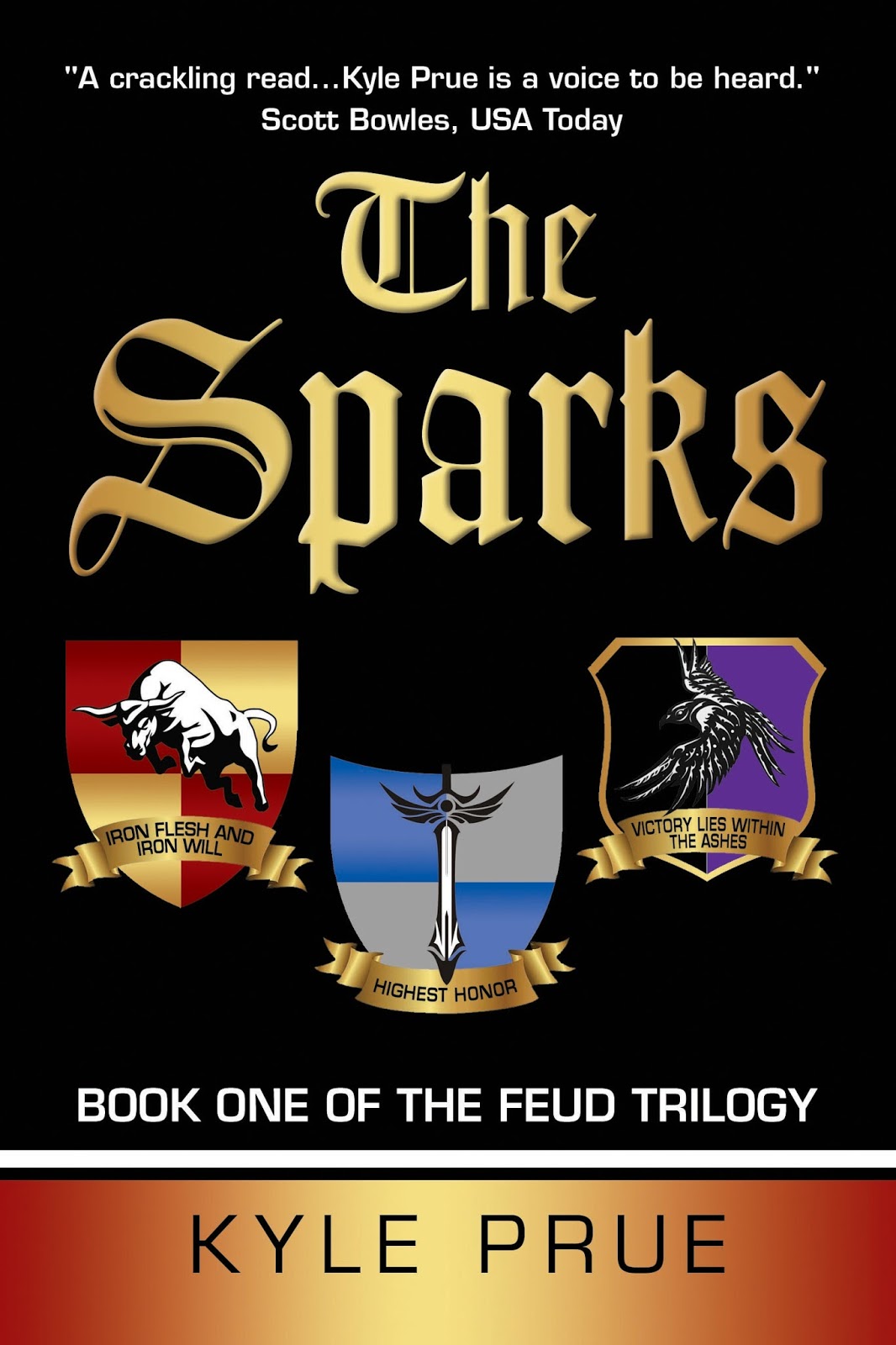 In Feud: The Sparks, readers are introduced to three ancient houses blessed with unique abilities and charged with the protection of a great city. Three houses feuding for power despite heavy casualties. And one great evil that could destroy them all.

The Sparks follows Neil, a member of the Vapros clan, as he struggles to live up to the expectations of his father and become a significant player in the feud of the clans. But when Neil discovers an evil far more powerful than the feuding families, he must overcome the fighting to try and save the people of the once great city of Altryon.

Three family dynasties, each with magical powers, are suppose to be protecting the city but centuries of fighting have made them brutal enemies. Neil is only a teenager but he wants to please his father by becoming the assassin he was trained to be. Unfortunately he fails his first mission terribly. He may be able to materialize from place to place within a room but his powers still aren’t strong enough yet. The problems only get worse as he discovers something that could destroy all the families withing the great city of Altryon. He must try and protect the city like the head families were sworn to do over 300 years ago. 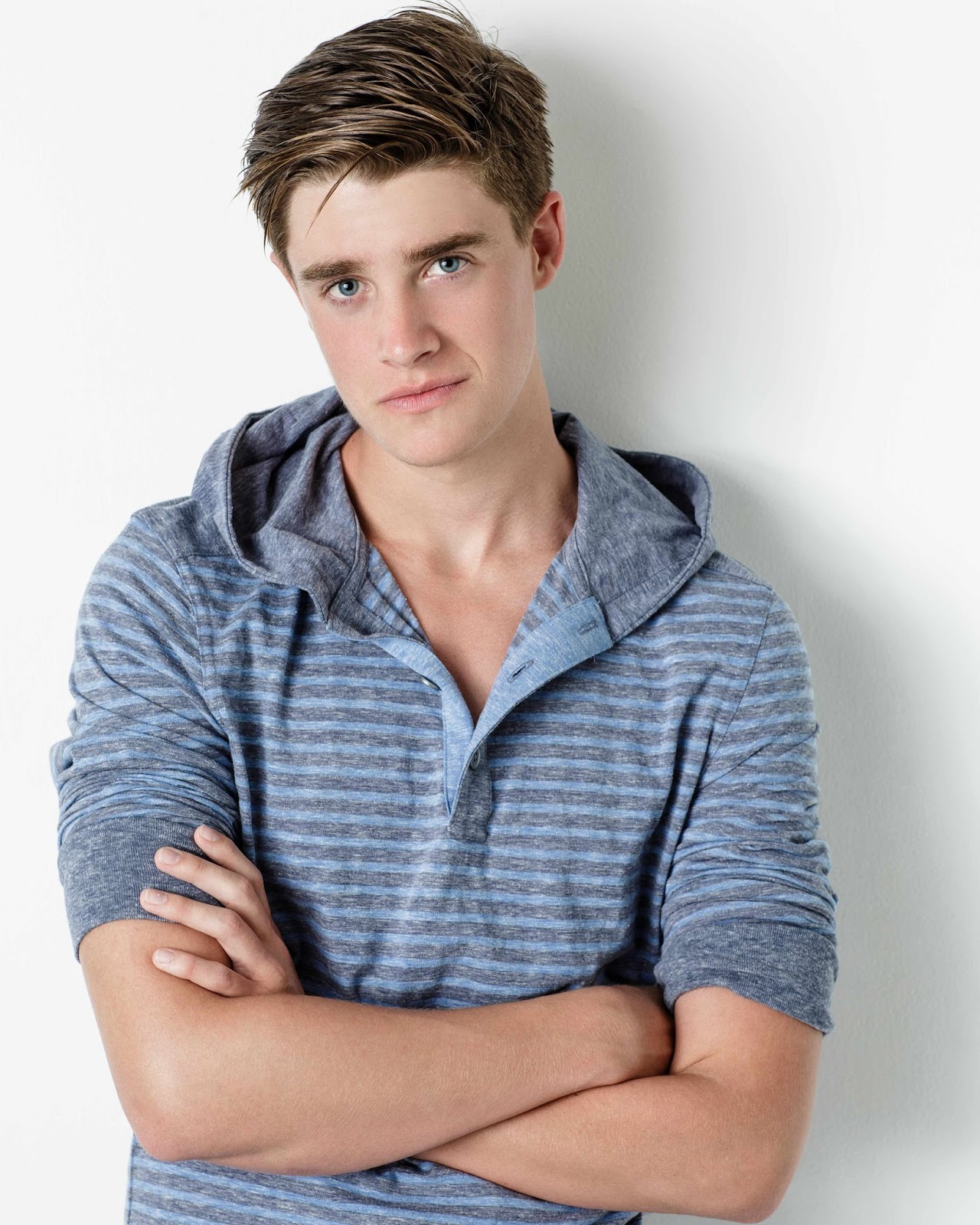 Here is an really interesting excerpt of a question and answer session with the author himself. Even though the questions aren’t mine I still think this is a great way to get into the mind of such a young and obviously talented author.

Q&A with Kyle Prue, author of The Sparks,
Book One in the Feud trilogy

Where did you get the idea for the Feud series?
This is a coming of age story for young adults and I am a teen in that demographic. Everyone struggles to find their path in life and my characters are all struggling with not wanting to let people down and to find their way; forgiveness and hope is a part of that journey as well. One night, at the age of 15, I had terrible insomnia and I couldn?t sleep. I was thinking about the different personalities of my siblings and myself and how we will all follow different paths. That gave me the idea to create three different families loosely based around our differing personalities. I decided it would be fun to take these families and place them in a fantasy world where the obstacles we all face could be magnified to a whole new level. I wrote out the plot for the three books that night.

Were you drawn to a certain genre as a kid?
When I was younger, I really disliked reading. My mom would read me the books that my brother liked and I just never got into them. One day she was at the bookstore picking out books for us, and she mentioned to the owner that I didn?t seem interested in reading and he asked her about my personality and interests. He recommended that she try some fantasy books for me. She brought home a few of those books and from then on, all I did was read and write. I love young adult fantasy.

When did you first start writing?
Like a lot of kids, I was bullied in middle school. I doubt you will ever find a kid that says, ?I rocked 7th grade! That was the best time in my life.? I was short and fat and had a bowl haircut with braces. This was not a great time in my life. But I discovered I could come home and pick up a pen and create a whole fantasy world that I could control, when the rest of my life felt out of control. I learned that I loved to create characters because their potential is limitless. I was lucky because I learned to use writing as an escape at an early age. I was in a multi-age program from 1st-3rd grade where I had the same teacher for three years. She had an experimental writing program where she gave us an hour a day to write in our journals. She told us to just write freely and not worry about punctuation or grammar, just let the creativity flow. So by the end of that program, I had a stack of notebooks filled with an adventure series. I also did a series called Three Rings that I wrote from the age of 12 to 14 when middle school was really rough. It was a 200-page manuscript. It wasn?t good, but it was good practice.

What can you tell us about the challenges of getting a book published?
I went to the New York Pitch Conference and Writer’s Workshop and got the opportunity to pitch my book to Random House, Penguin and McMillan Press. Each requested the manuscript (it was the most requested manuscript at the conference!), so I felt like I had a sound idea. The conference director advised me to use the publisher interest to try to get an agent. So, I began the process of sending query letters. I got some good advice from the agents I talked to. One advised me to hire a well-respected editor, as publishers expect manuscripts to be perfect, so I did that. Then another agent took the time to really ask me about my goals. I wanted the book to be read by as many people as possible and I wanted to get it published in a timely manner. She explained that?if I was lucky?the publishing process would take 3-5 years. She recommended that I meet with a small, independent publisher with a good reputation. They could meet my timing needs and I would have more input in the process, ensuring that I could retain some creative control of the final product. I met with the publisher she recommended (Barringer Publishing) and we hit it off immediately. So far, I?ve been thrilled with the process.

Can you tell us a bit about the second book, The Flames?
One of the big themes of the second book is that no one should get to a point in their life when they should experience a complete absence of hope. Things will always get better. My best friend from childhood committed suicide this year and I really want other teens to understand that whatever seems so overwhelming in your life today, won?t be what’s important to you down the road. When my characters experience this loss of hope, that is when they gain their advanced powers. Something good can come out of something that in the moment seems so terrible. The second book in the series focuses on the remaining family members (spoiler alert!) and their friends, as they begin to kindle the revolution. It’s a lot about personal growth for the characters, like Neil and Darius. Even Robert Tanner, who is a minor character in the first book, comes back and has a very big story arc. It is the book where we start to reach that giant conflict that the characters have been stepping toward in the storyline.

After reading the first book in the series I will absolutely be reading the others in the trilogy. I just love trilogy books because for me one really good book is not enough and 3 gives me a chance to enjoy the storyline and characters even longer. I expect everyone will learn the name Kyle Prue as he will only grow as a writer and maybe even more than that.


Discount Code: You can purchase the book from Kyle Prue’s store on his official website. The code BLOG25 will get you 25% off an autographed copy, signed by Kyle Prue.