I live in a house full of boys, so I’m sure it’s no surprise that video games surround my life. We’ve got a Wii, Xbox 360, computers, tablets and phones and almost always, each of us is using one of them to play games. I know, I know.. we need exercise and we do. We get out and we get active, but it’s winter and frankly it’s bitter cold outside in Wisconsin so I’d rather stick indoors!

That’s why I was very intrigued when I heard about TreadGaming because it combines gaming with exercise – genius! TreadGaming turns your treadmill or stationary bike into a game controller, reading the surface moving. So when you walk, run or pedal, you will do the same in the game.It’s a whole new way to game and I find it rather exciting! Take a look at the video below so you can see TreadGaming in action.

It’s easy to use – simply plug the device in and start gaming. I personally, would totally use something like this and I would love seeing my kids game in this manner, as opposed to just sitting on the couch with a controller in hand. Some specifications of TreadGaming includes: 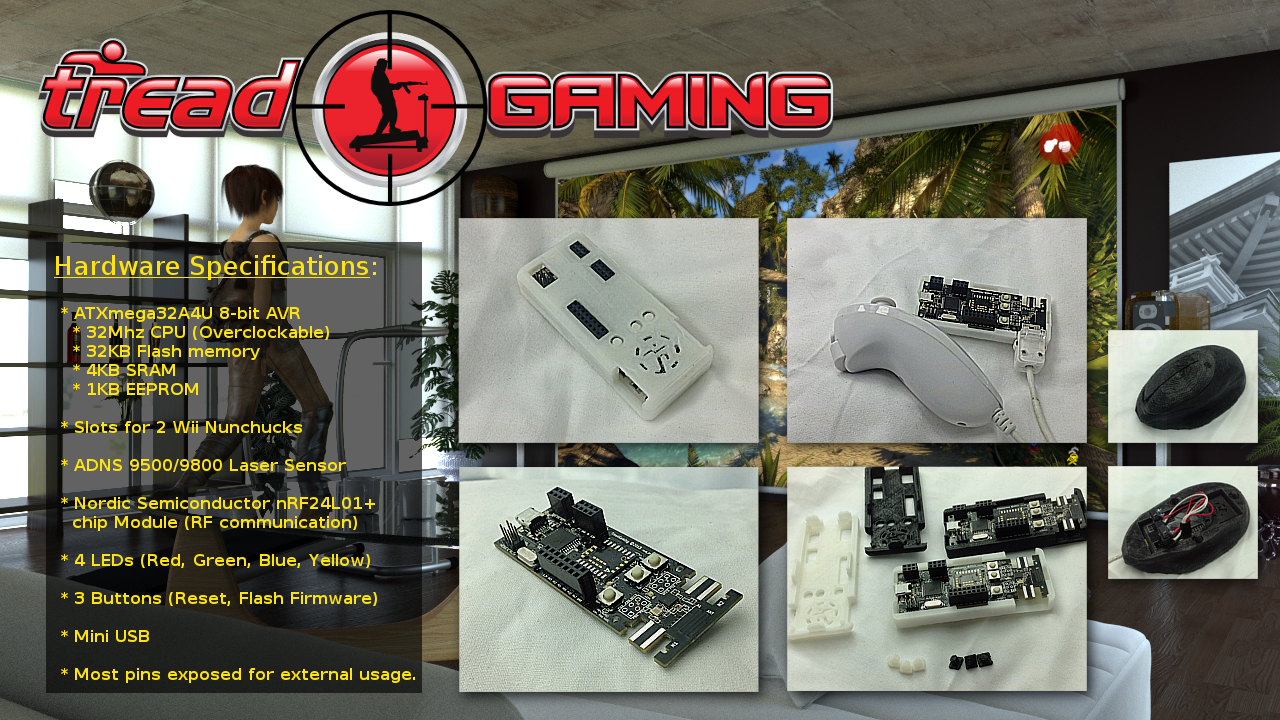 TreadGaming was founded by Daniel ?kesson and he is working diligently to bring this wonderful new technology to new levels. He’s currently running a Kickstarter campaign for TreadGaming where 61 people are currently backing it. There are still a little over $2,000 in pledges to be made by January 25th and I have no doubt that TreadGaming will find its success!