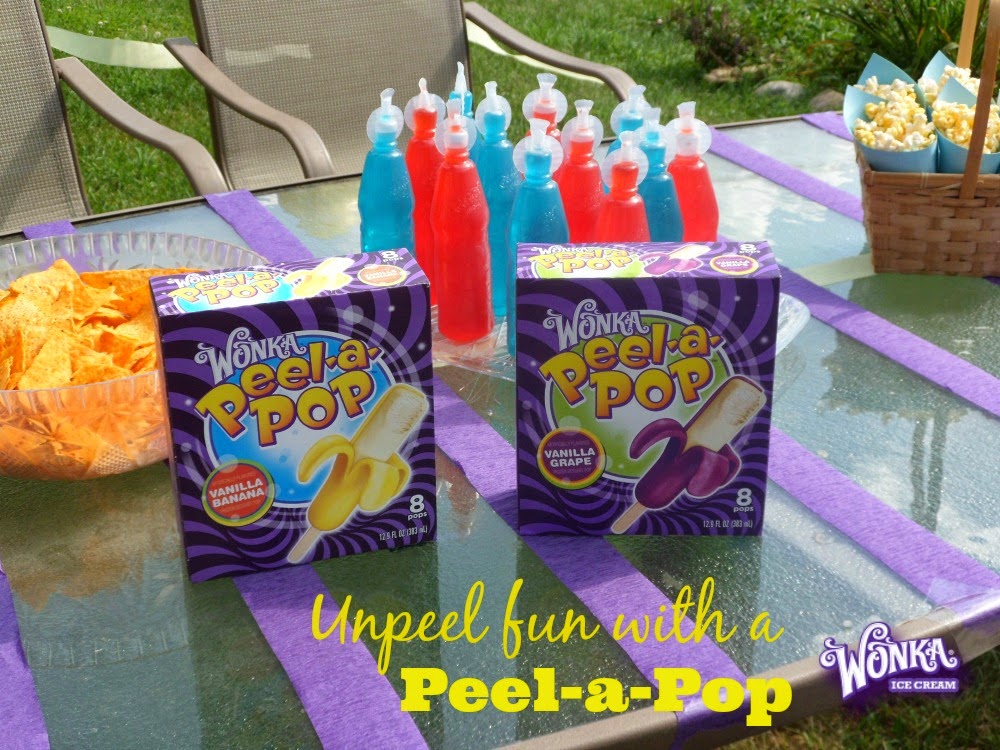 Nothing quite says summer fun like parties and delicious frozen treats, so we combined the two and hosted a fantabulous {yes, I made that up!} summer party just for kids! We partied it up Willy Wonka style to “Unpeel Fun” with Peel-a-Pop. There were games, prizes, Willy Wonka photo props, delicious treats and all sorts of other goodies. Lil Man was even in charge of decorating – how fun! 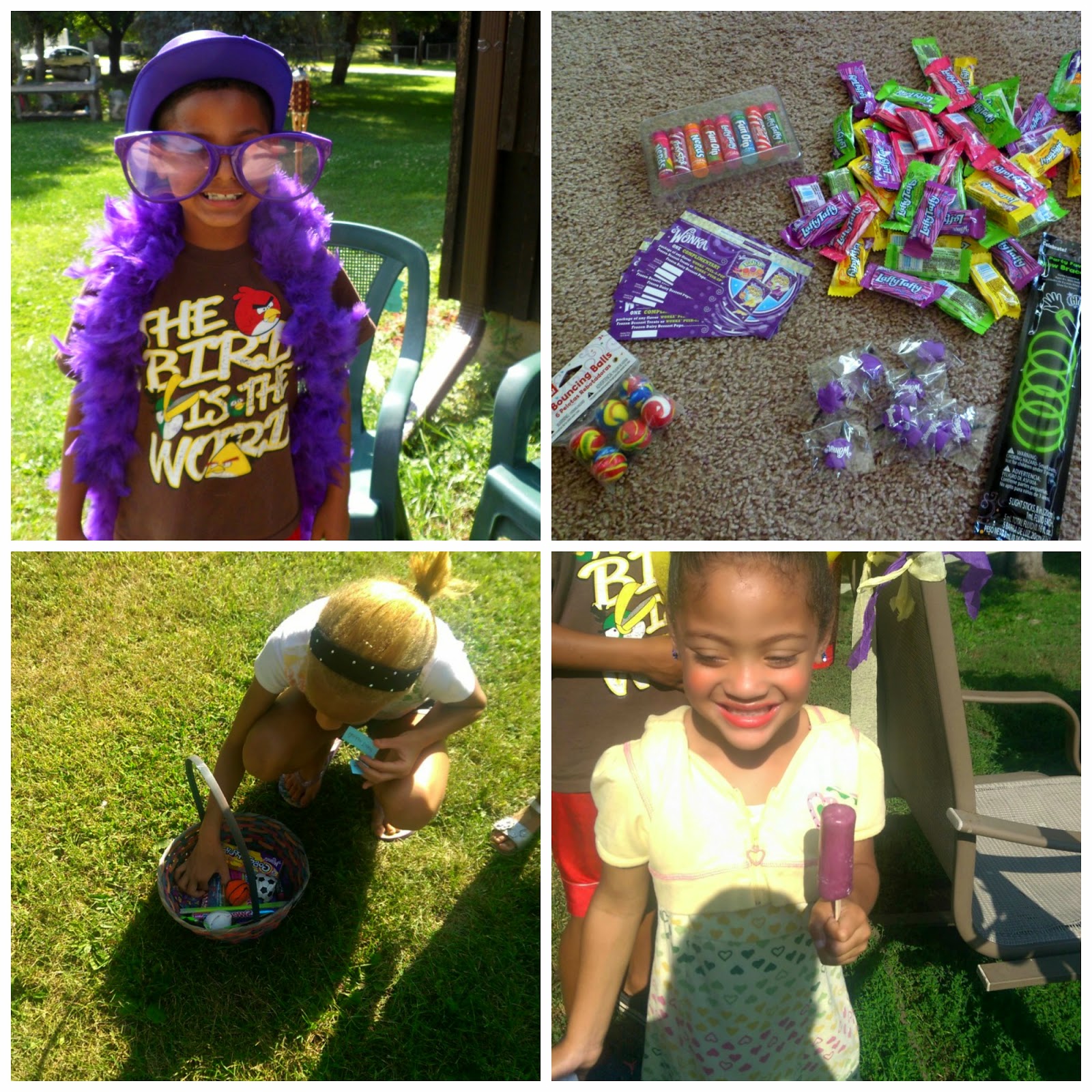 Our funnest treat was new Peel-a-Pop frozen treats from Willy Wonka. They’re a great new treat that you can actually peel! 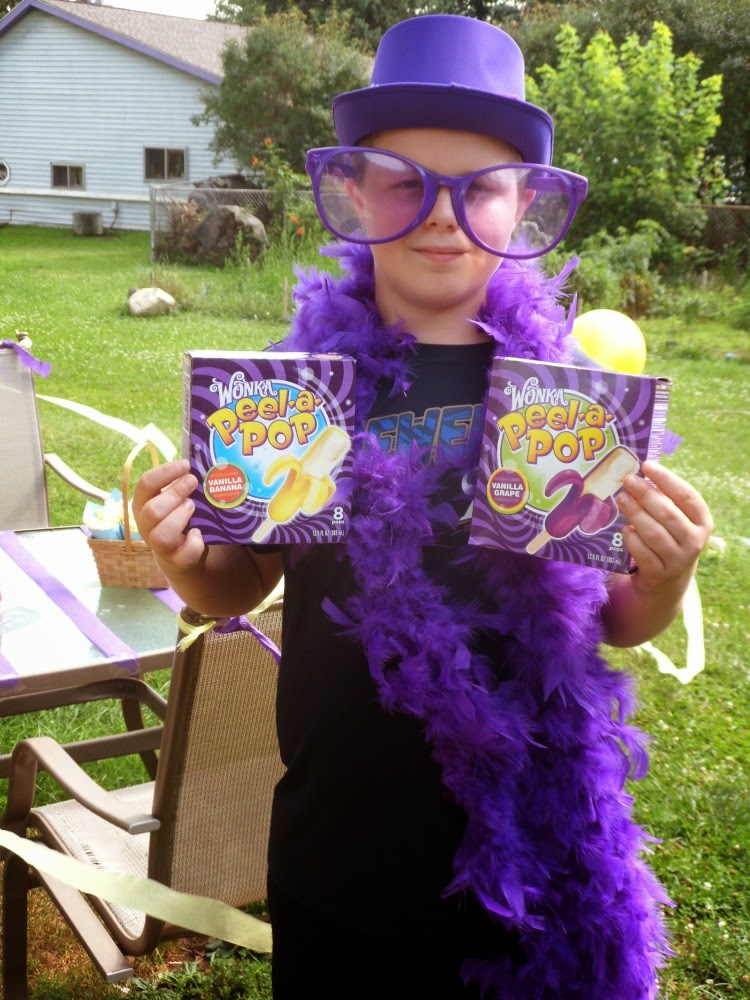 They’re available in two flavors – Vanilla Banana and Vanilla Grape. The kids loved both flavors and thought it was just so cool that you could peel them! 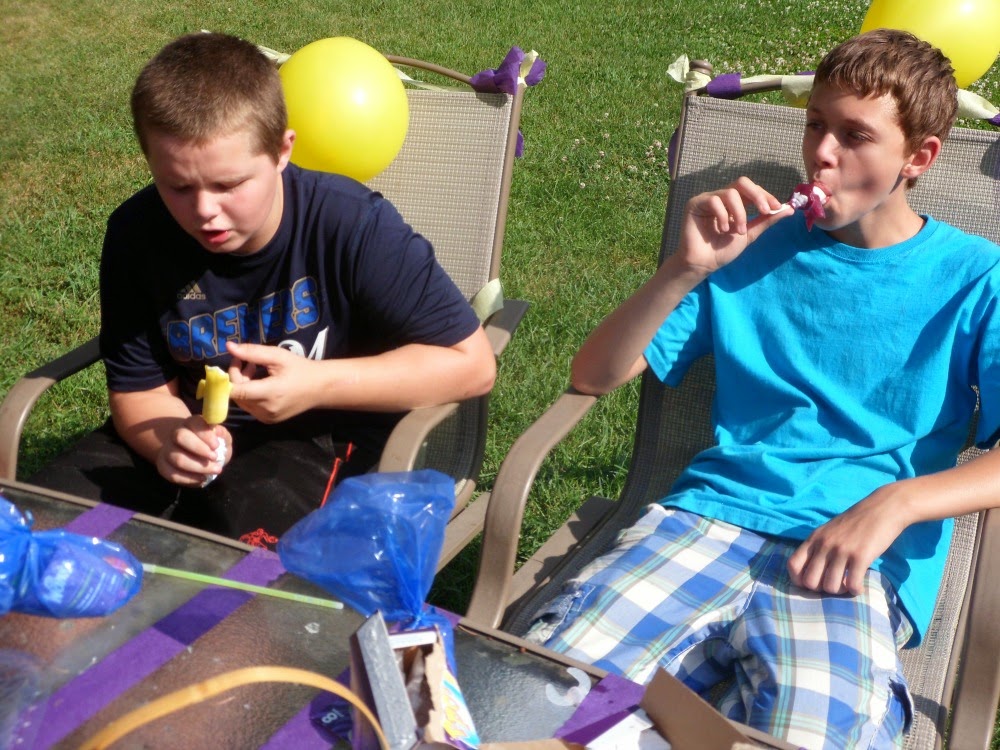 Of course, no party is complete until there are games and prizes, so we made some up and just went with it. You’d be surprised at the games you can play with simple things around your house!

We had many different ages of children at the party, so I my challenge was to come up with games that they could all play and win at.  Since I had an abundance of those little plastic eggs lying around, I thought a scavenger hunt type game would be perfect! 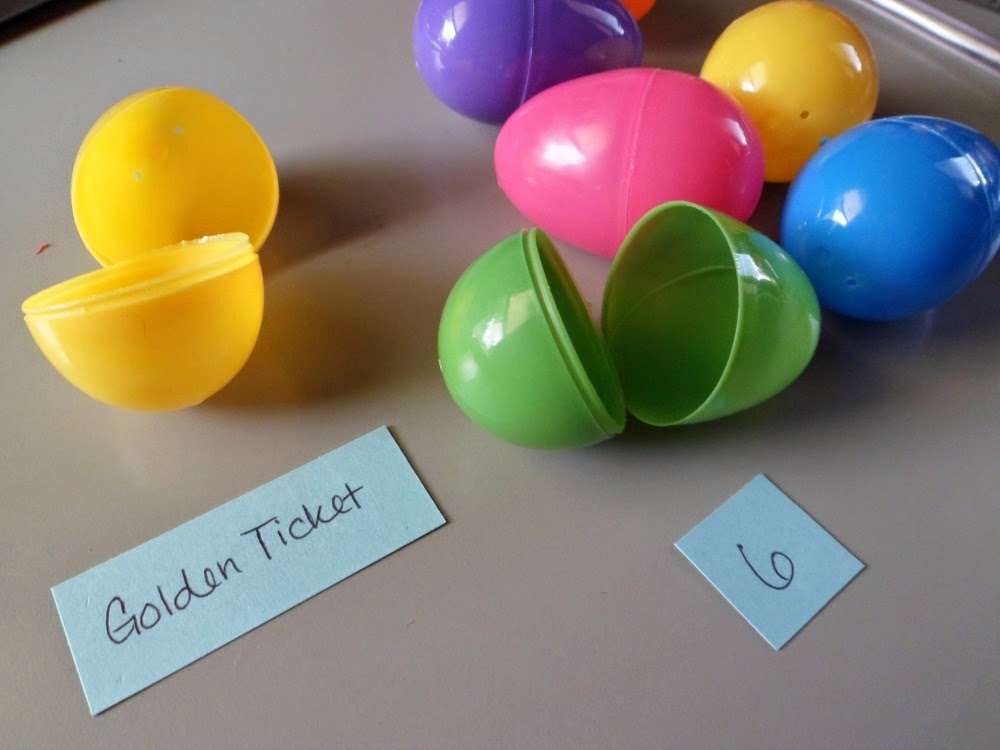 I had 6 prizes, so I numbered little squares of cardstock, 1-6. Then we had the coveted Wonka Golden Ticket which was a special prize. I stuck each prize paper in an egg, mixed them up and scattered them in a small are in the yard. 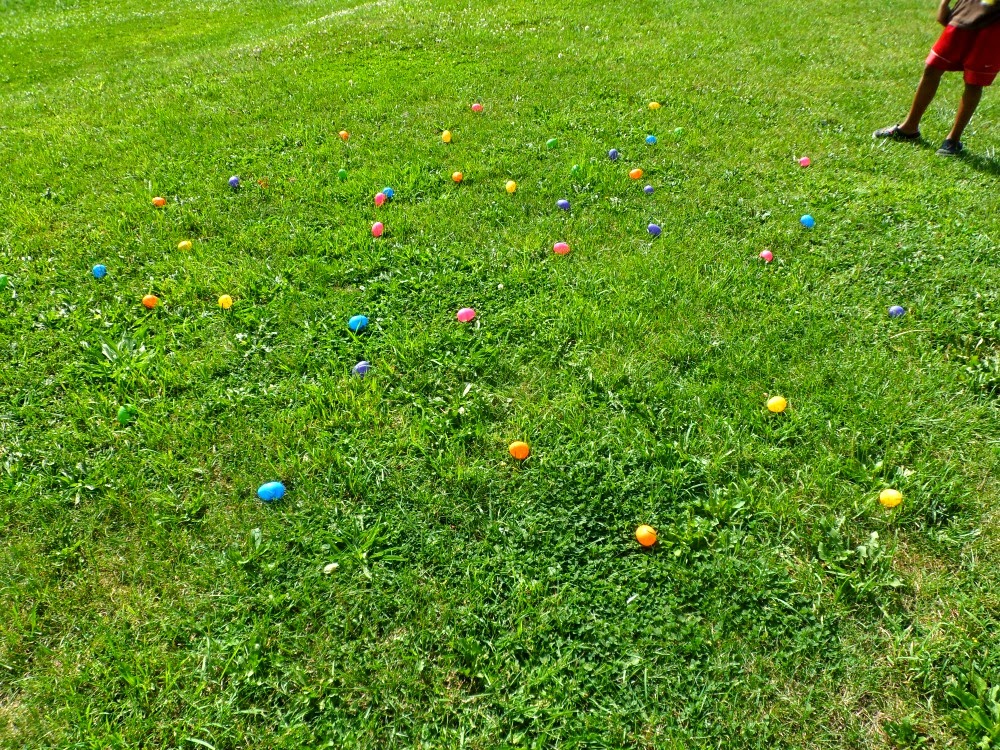 The littlest two got a few second head start, then they all dashed to open the eggs and find which ones contained prizes. After all the eggs had been checked, starting with number 1, each kid got to pick a prize from the basket! 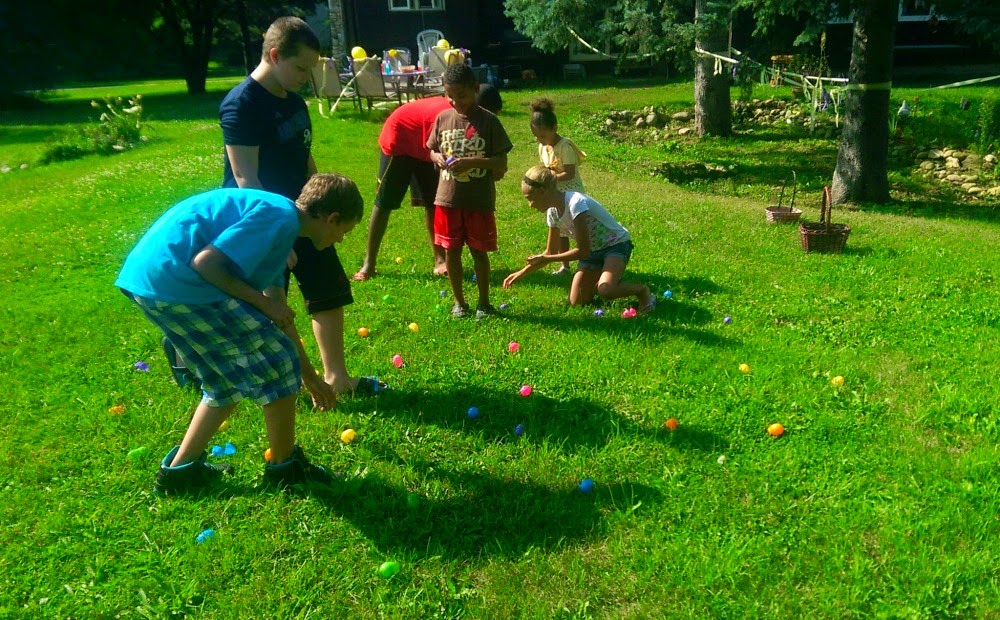 The kids really enjoyed this game and I think we’ll even do it again at our next party. It was fun to watch all of the kids scramble around and I think it would be even funner with hundreds of eggs! 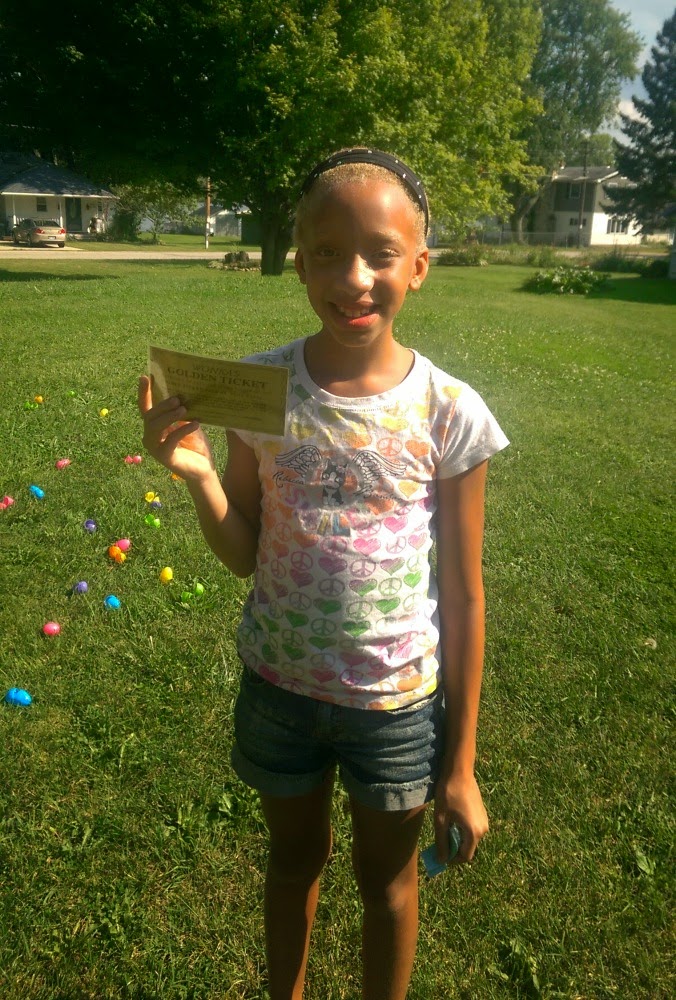 Every party has balloons and the kids usually have to wait until the end to claim and play with theirs, but not at this party! Oh no, we got to play with the balloons right away! We handed out a purple balloon in honor of Willy Wonka to each kid and their job was to keep it in the air without dropping it. The last person with an air born balloon got first pick of the prizes! 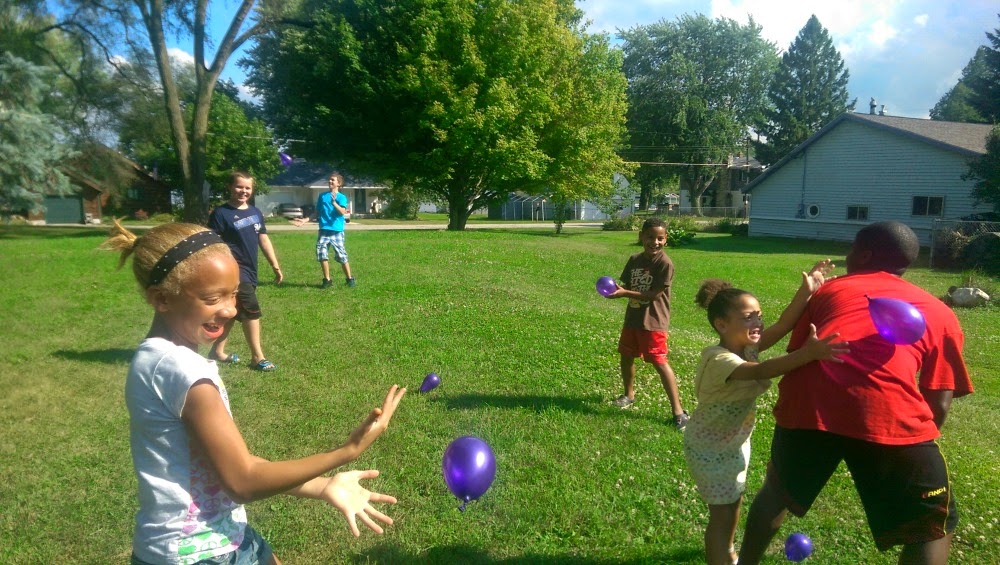 The kids really had such a fun time. They each got a turn dressing up with the Willy Wonka photo props and had a chance to play some games and win some prizes. 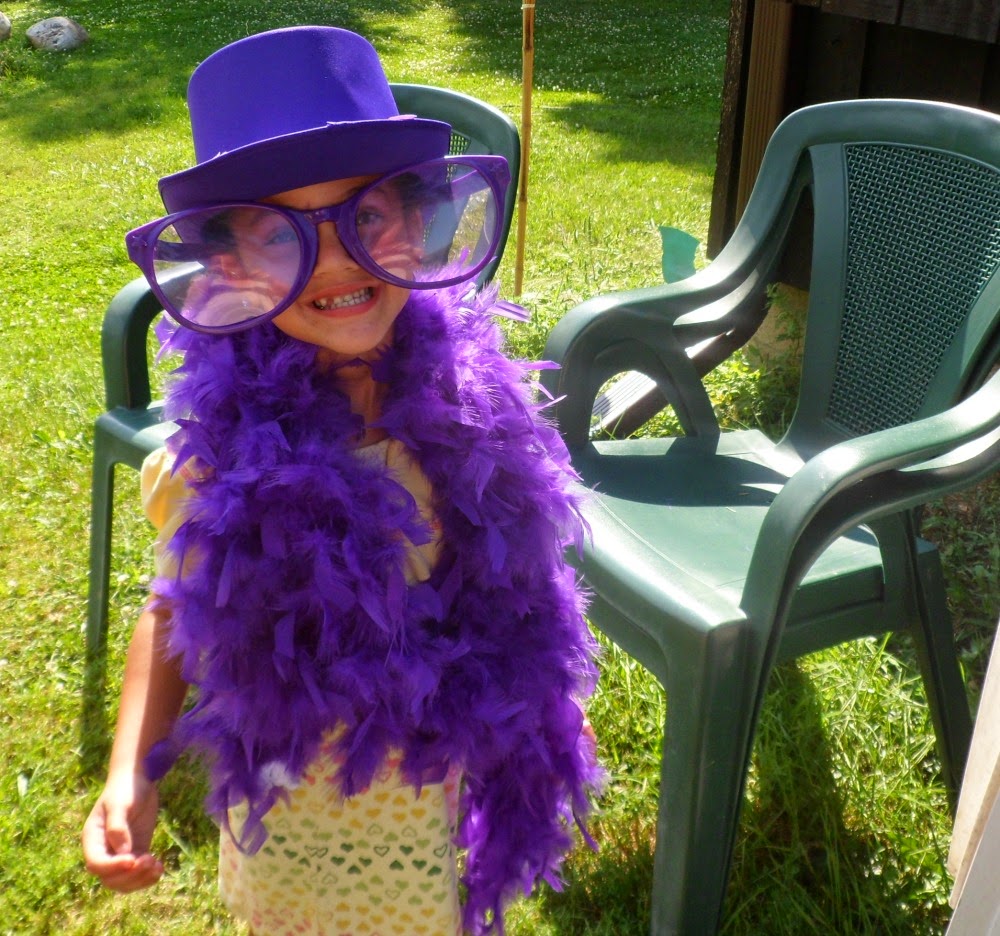 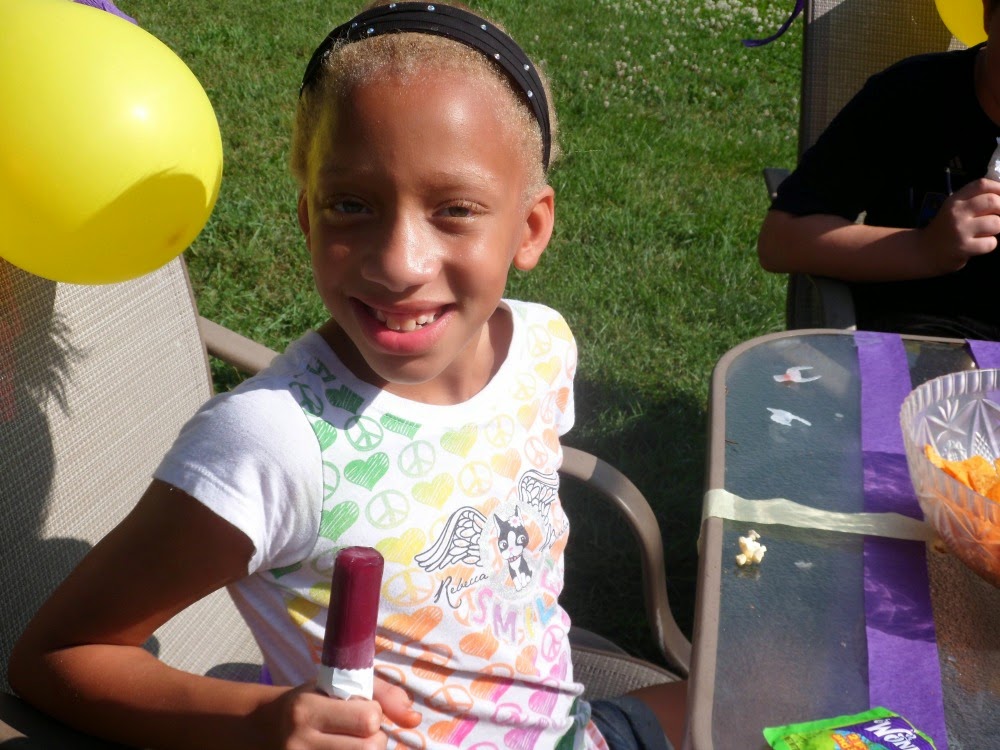 And each of the kids got a goodie bag full of candy, lip balm, super balls and coupons for a free box of Willy Wonka Peel-a-Pop frozen treats! Score 1 for mom! 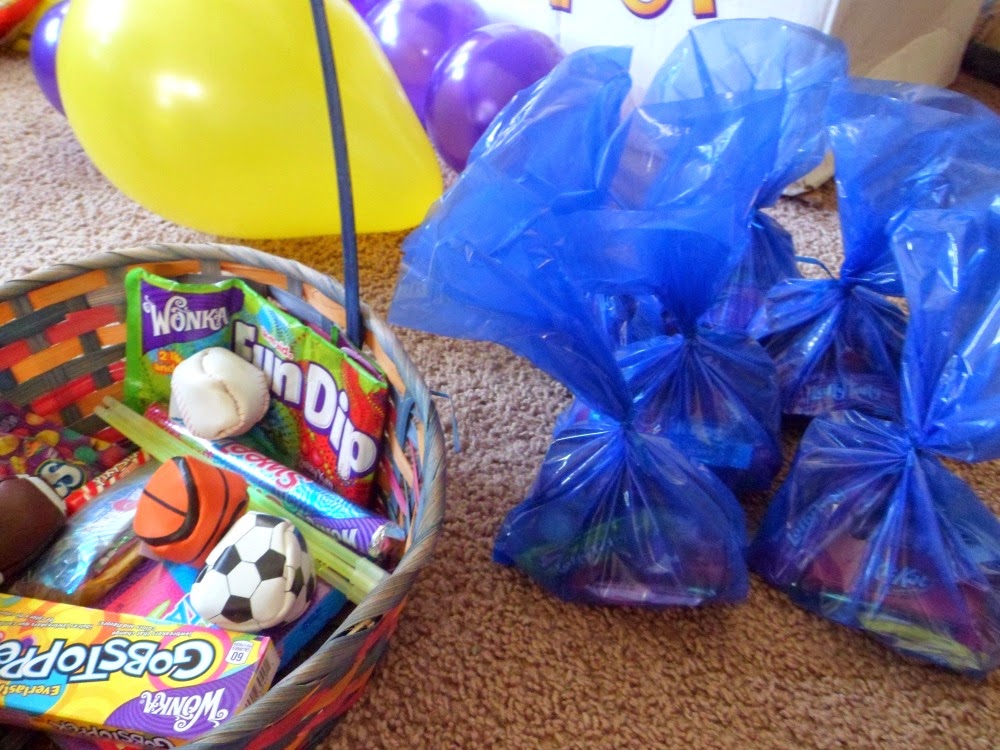 To stay up to date with all of the latest and greatest, you can connect with Willy Wonka on Facebook and/or @WONKAnation on Twitter!

What fun games do you serve up at your party?