If you follow Outnumbered 3 to 1 through our social media channels, then you probably already know that I was in Philadelphia last week for the Marvel Universe LIVE! show. It was an amazing adventure and I’m so thankful for the opportunity that I had to attend such a fantastic show. I know some of you have been patiently waiting for this post, so without further ado, here are some or my fun memories of the show!

Once I arrived at my hotel, I was greeted by Sam from Feld Entertainment, who would be my show buddy for the evening. I loved having someone to hang out with for the show, so that was quite a pleasant surprise. After settling in my room for a short time, a cab came to pick us up and we headed to the Marvel Universe LIVE! show at the Wells Fargo Center. When we got to the show, Sam presented me with a Lectro-Link bracelet which activated with lights throughout the show. I found it to be quite nifty, especially when all of the bracelets across the audience were activated. It really was spectacular! 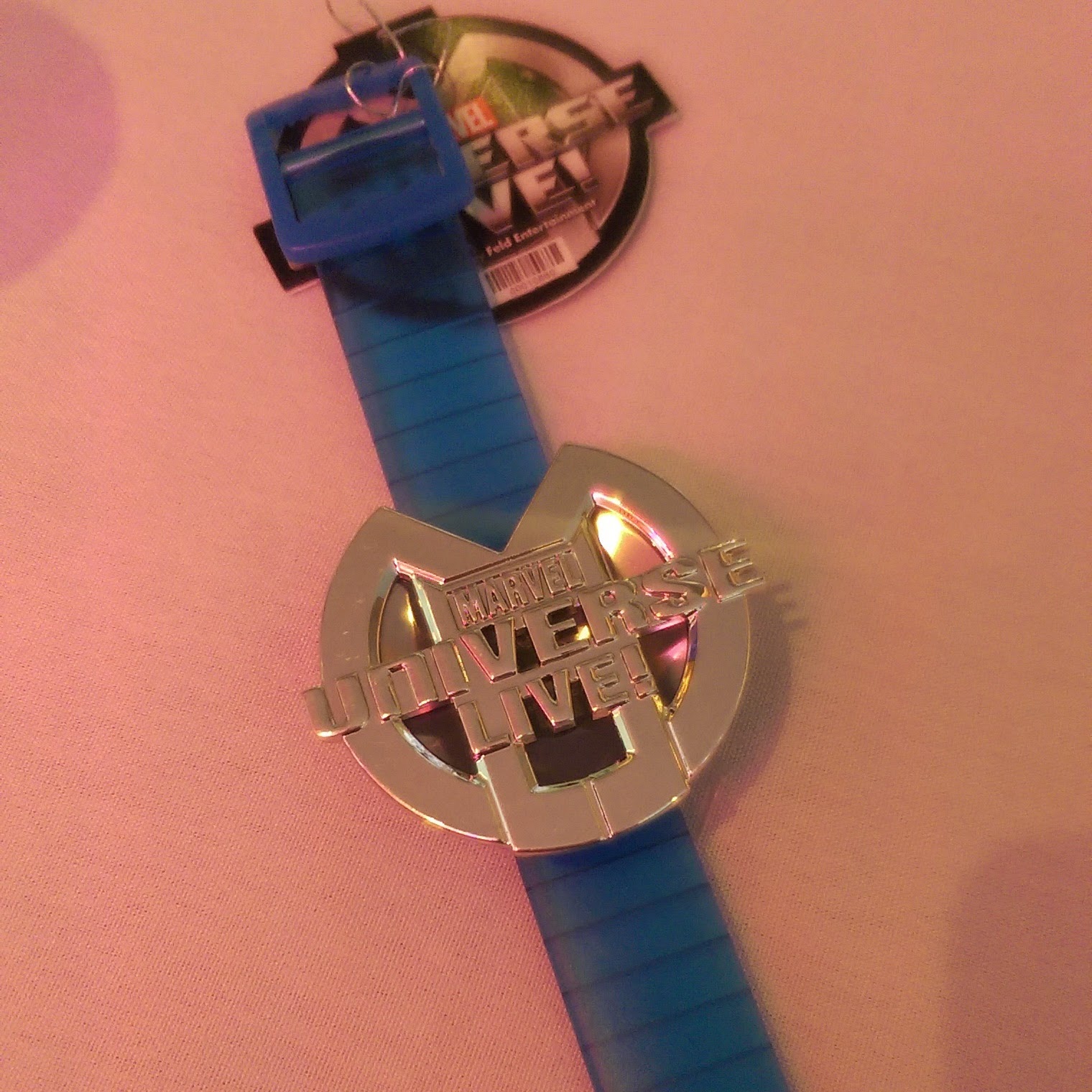 I enjoyed a pre-show party, then entered the arena where the show took place. I was impressed right away because I could see some of what was involved in the show effects. I just knew that Marvel Universe LIVE! was going to be a great show and couldn’t wait for it to get started! 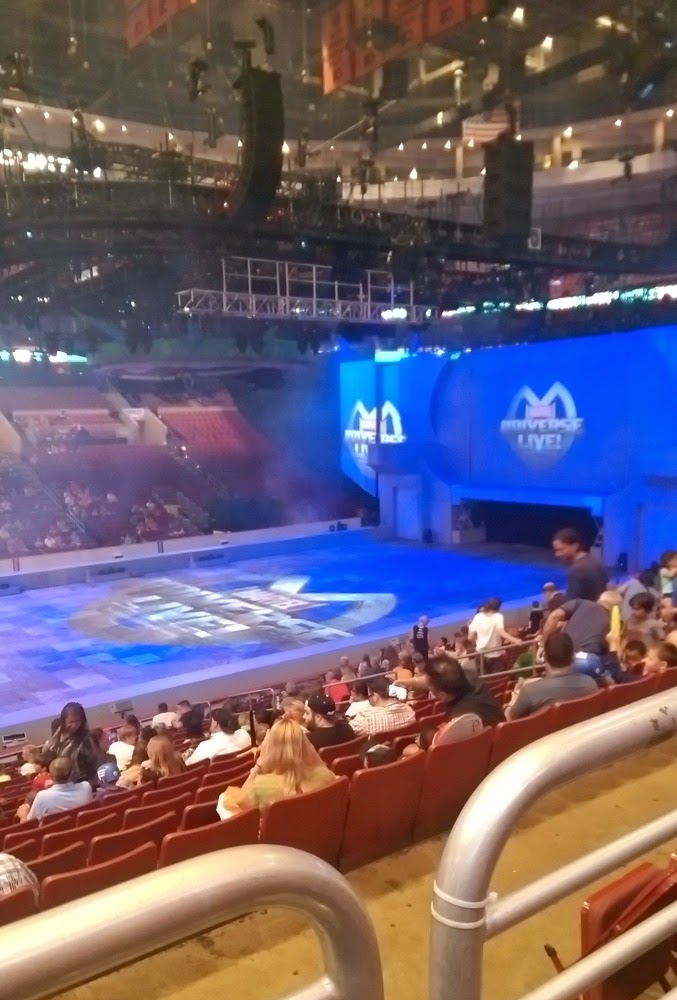 However, I did not know just how cool this event would be until it actually began. The middle of the wall unfolded and became a stage for the first act. I thought it was so neat and had never seen anything like it before. 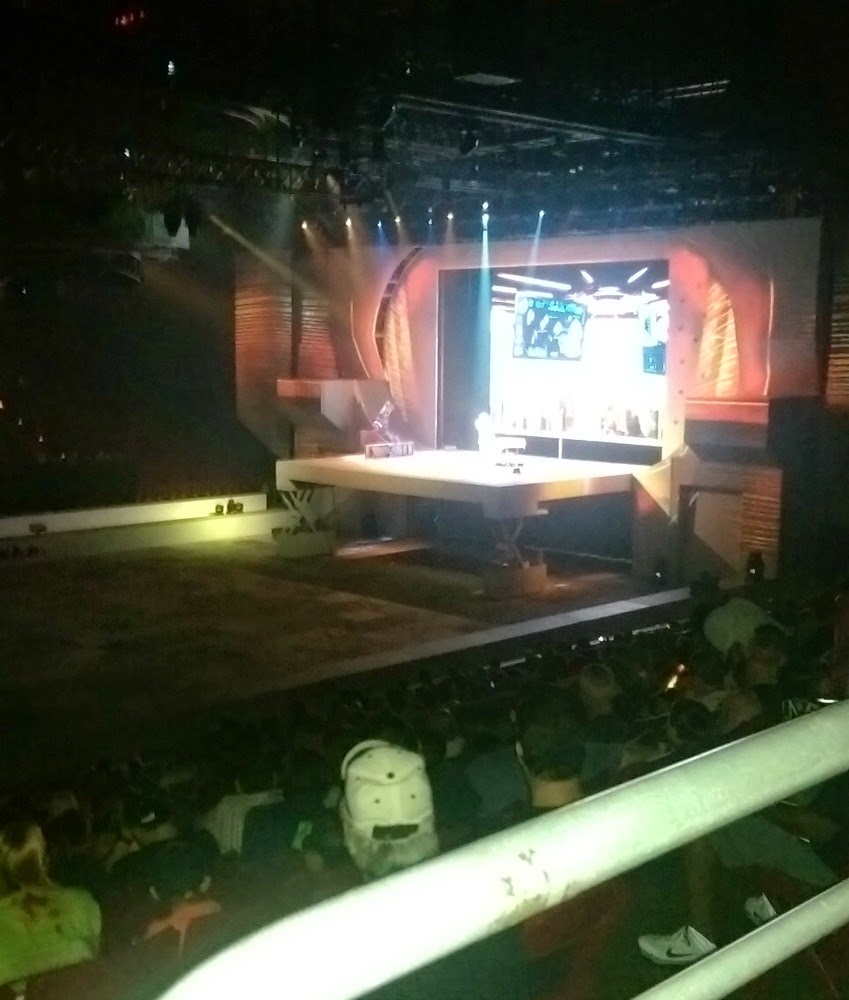 I was surprised again when actual vehicles entered the arena and a real live movie seemed to be unfolding right in front of my very eyes. There were story lines, quirky one liners and so much more! 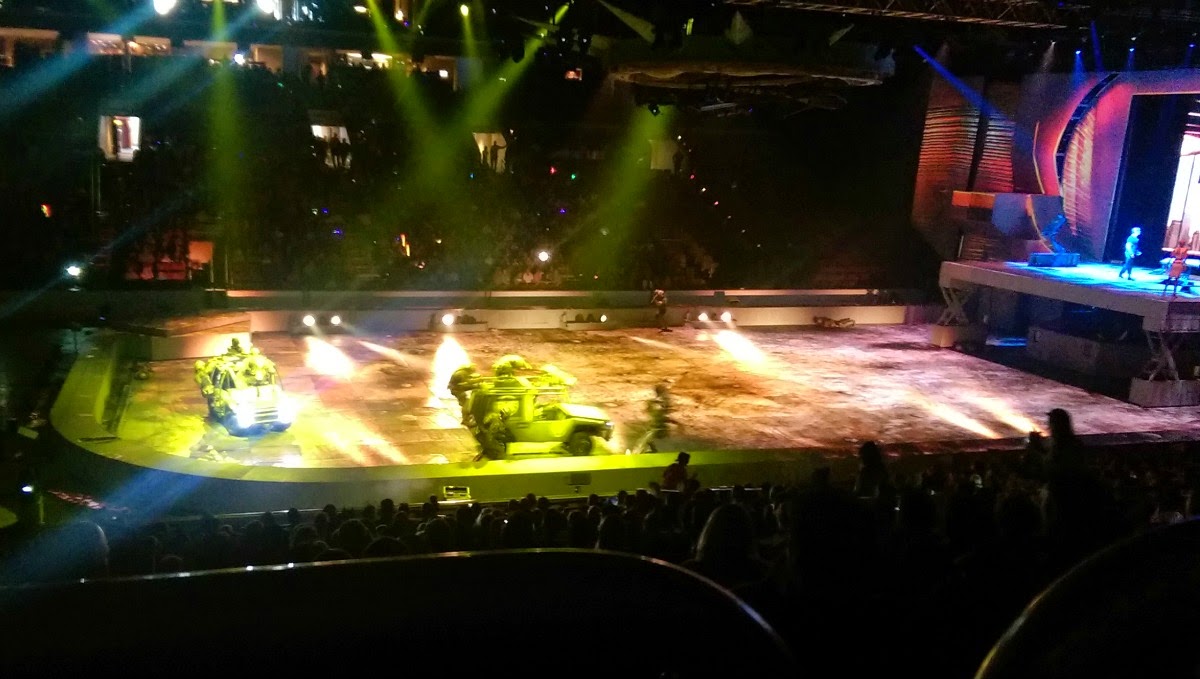 There were lights and smoke. 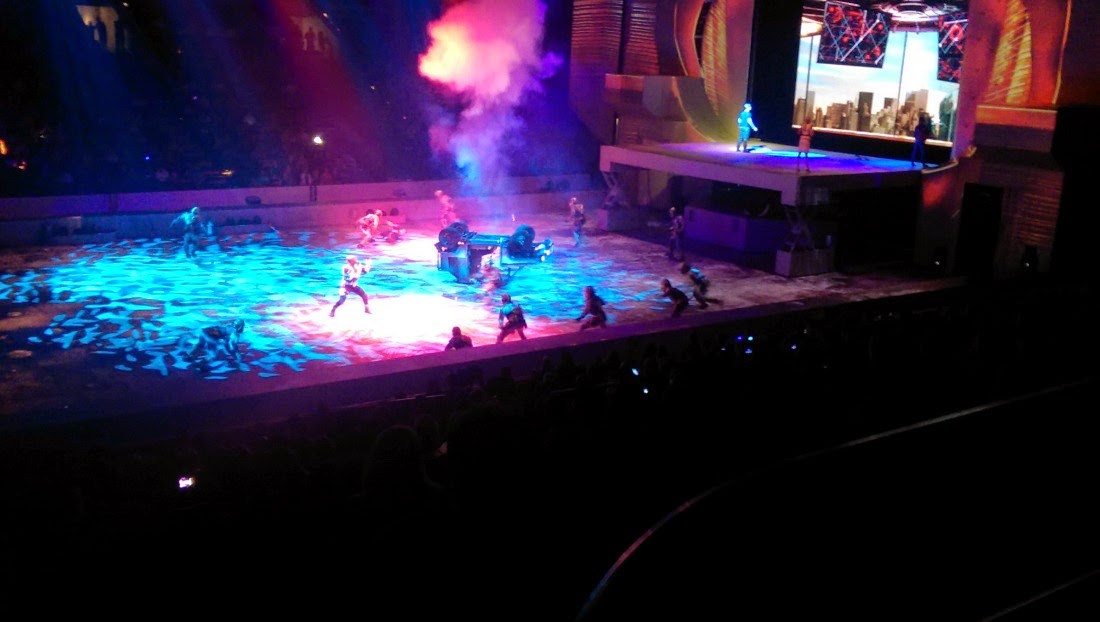 There were interactive props. 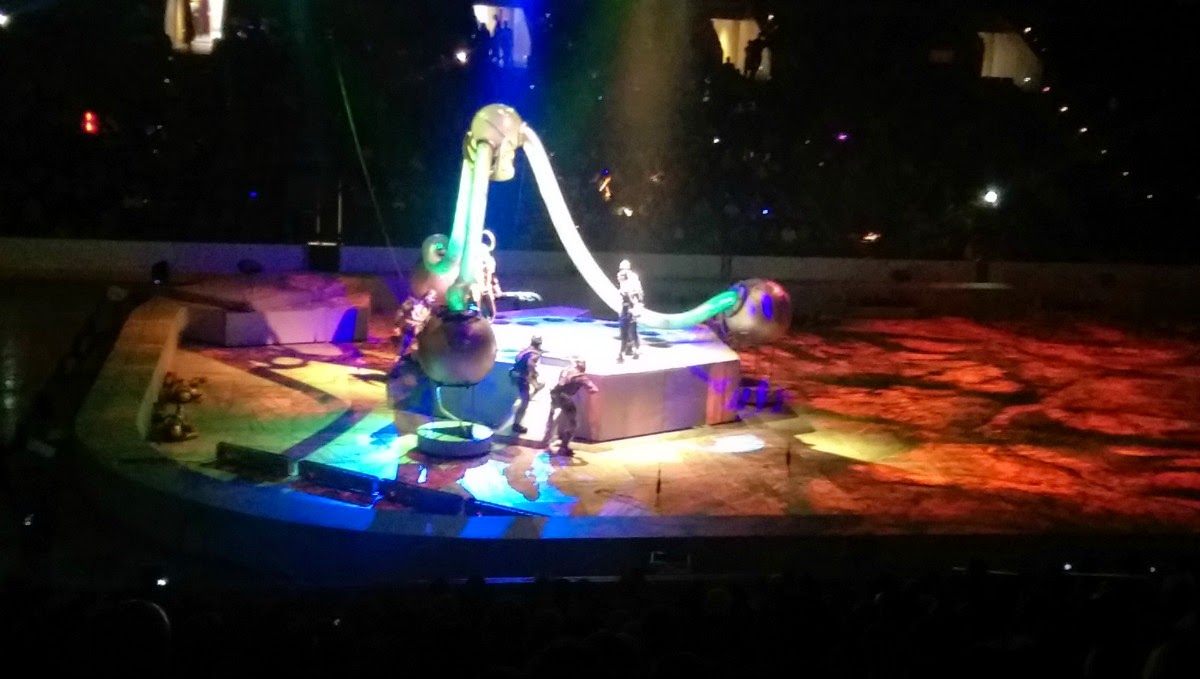 I saw super heroes and villains everywhere I looked! 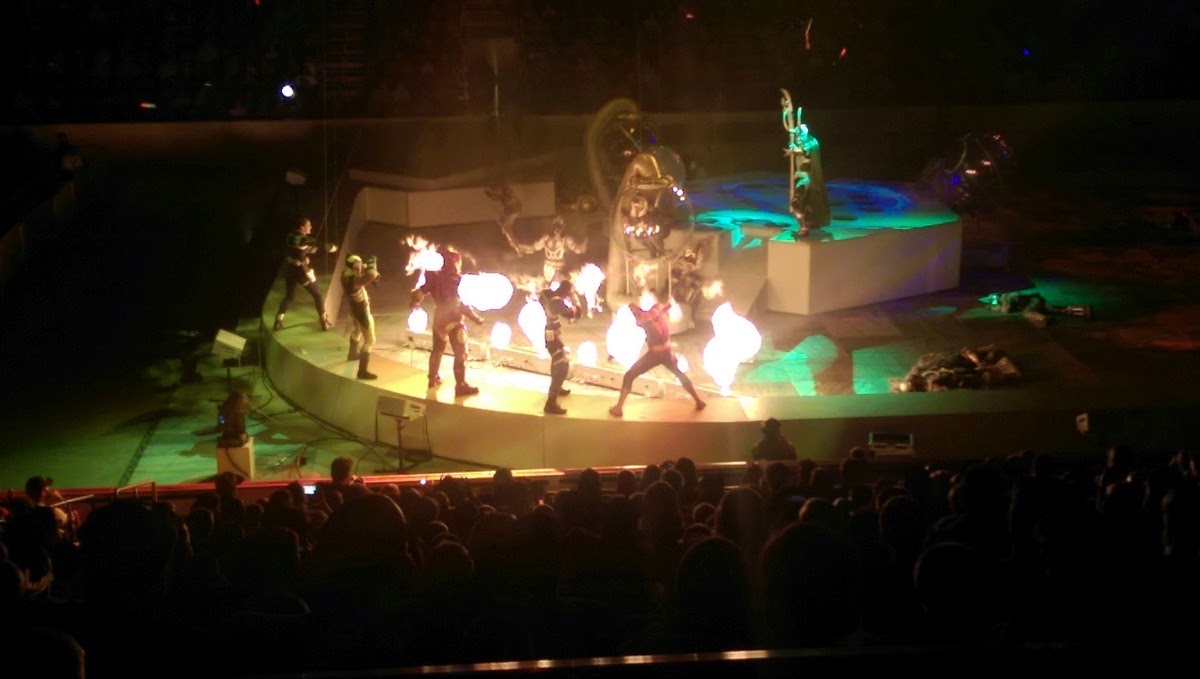 Being a mom of boys, super heroes have always been a part of my life since motherhood began for me. I have a deep appreciation for some of their favorites, like Spider Man, Hulk and others. There was definitely no shortage of super heroes (and villains) during the Marvel Universe LIVE! show. They even drove around on motocross bikes during some scenes! 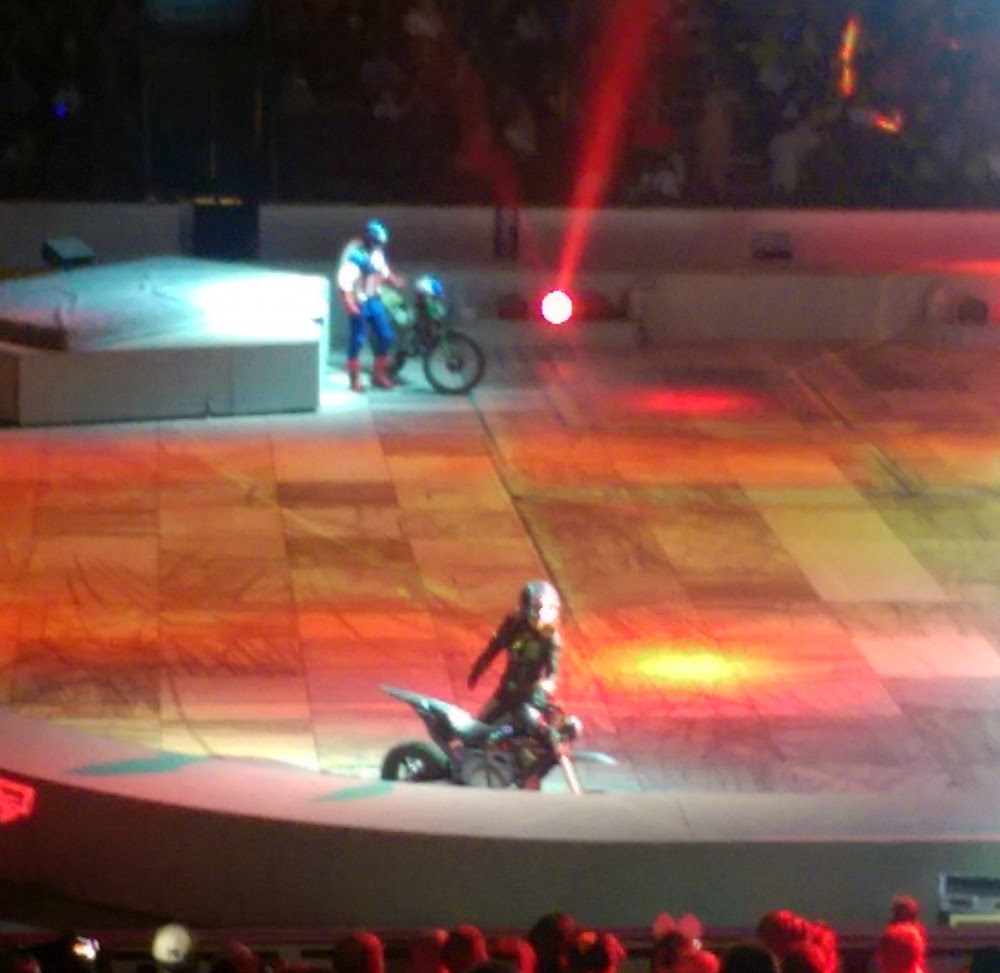 Part of the show that really impressed me the most was the lights. There were so many different lights, that the entire floor and the wall became a backdrop for whatever scene was currently being played out. 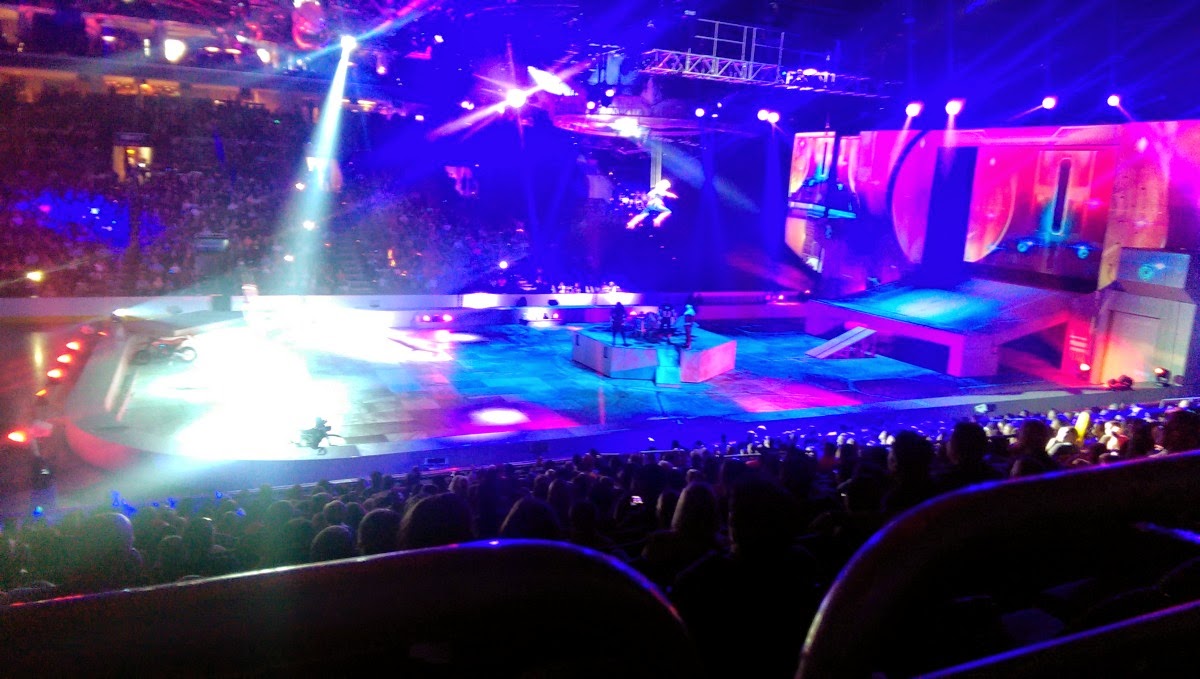 I got to experience Spider Man flying through the air on his web. Then, even more motocross, which Big Bro would have definitely enjoyed! 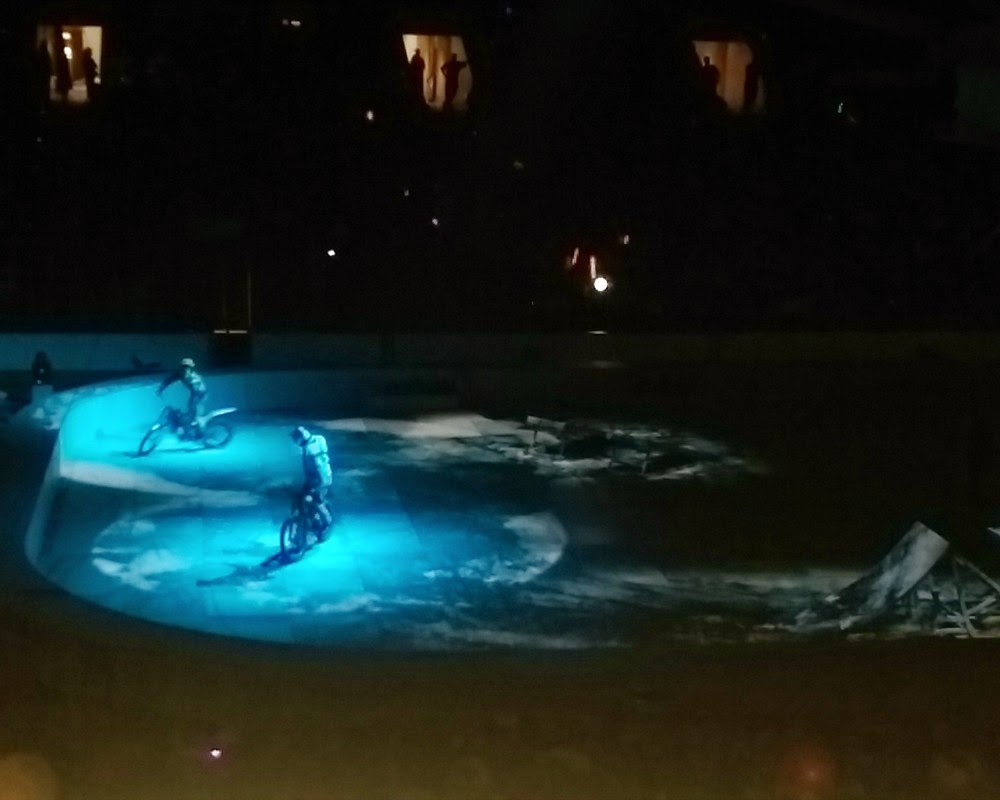 About halfway through the show, all the  sudden I was staring at Lady Liberty’s face… 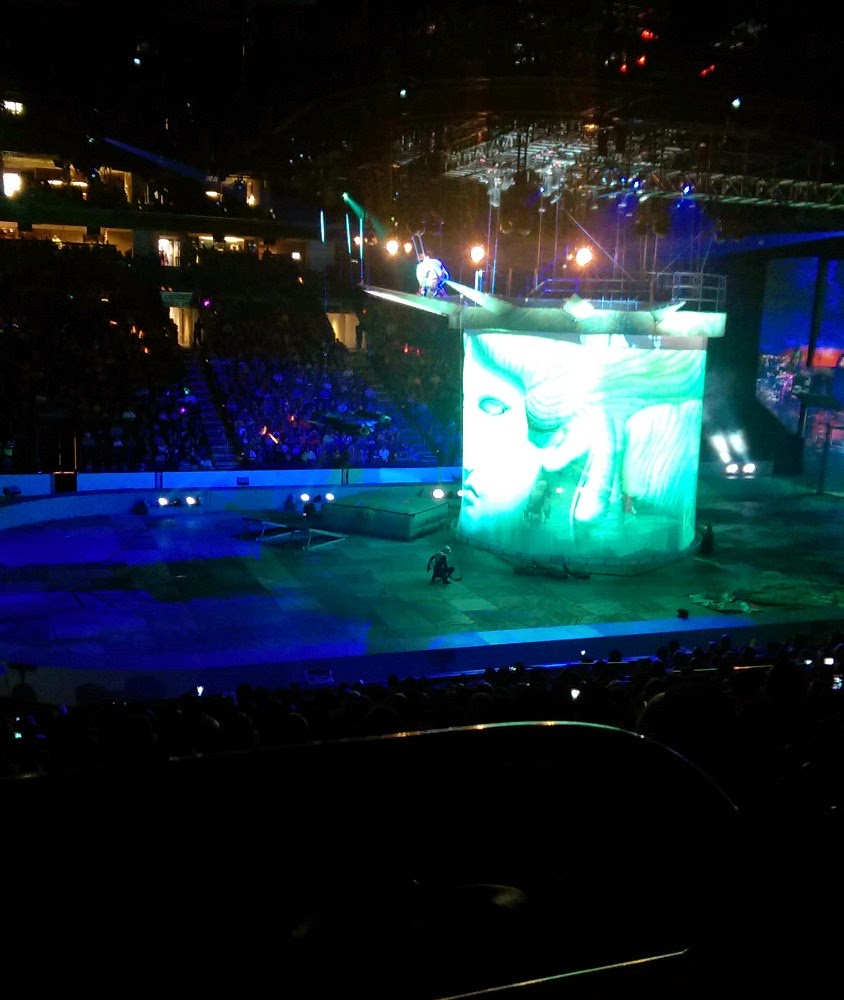 And then there was a fight between super hero and villain. 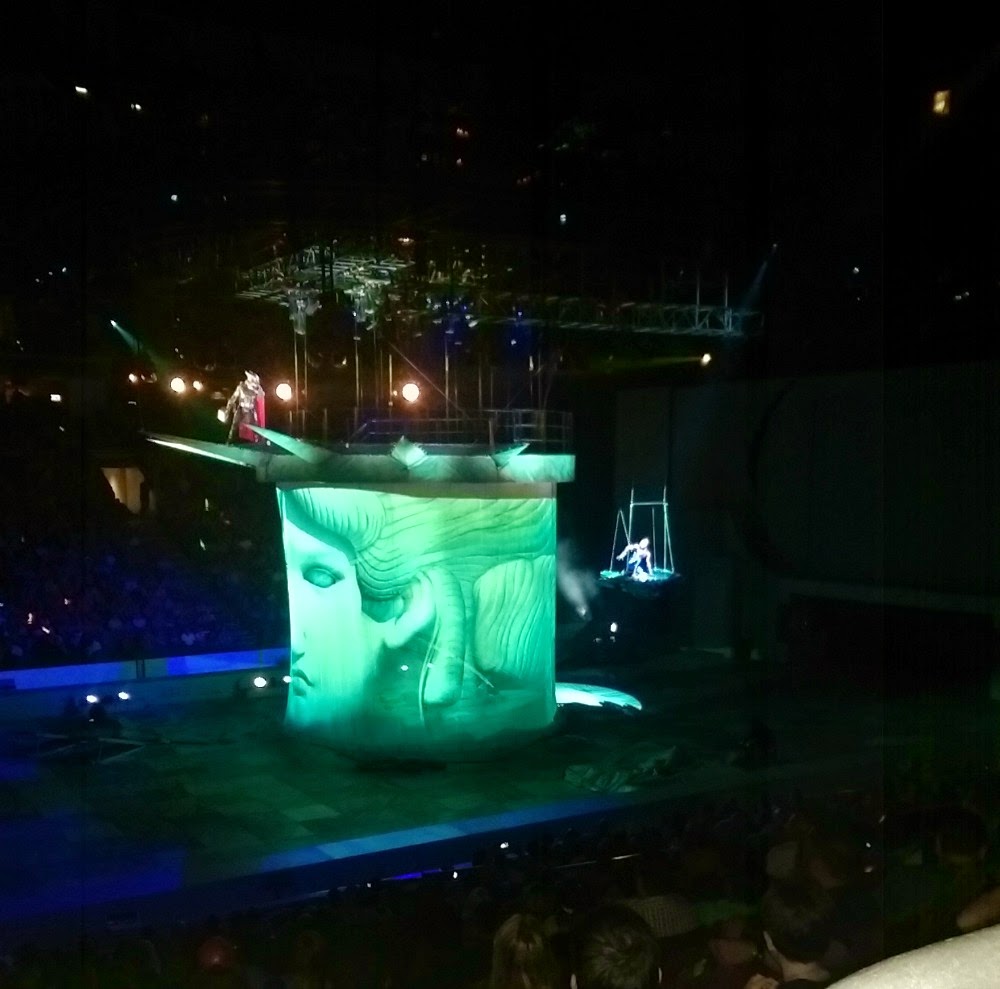 There was more motocross and even major stunts with the bikes. 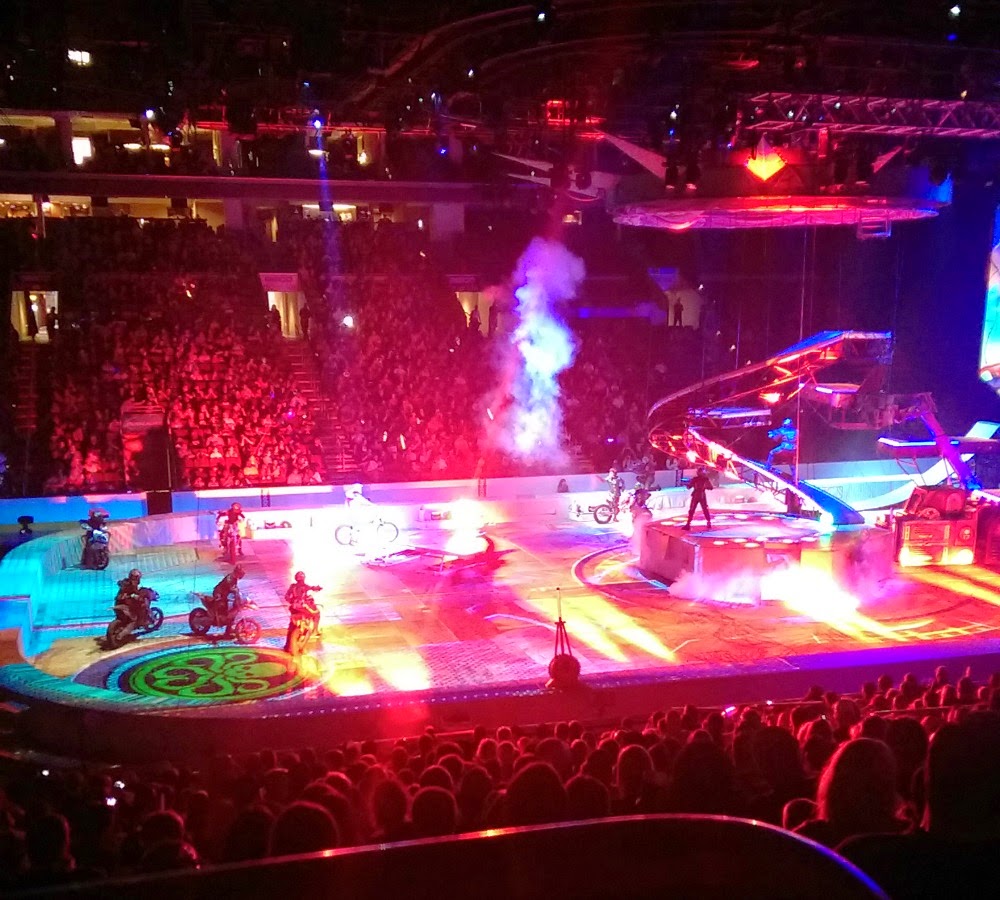 Before each different scene, the backdrops would change. The effects made it feel like you were really there, it was quite amazing! One of the scenes was in the Himalayan Mountains and I swear, I felt the bitter chill! 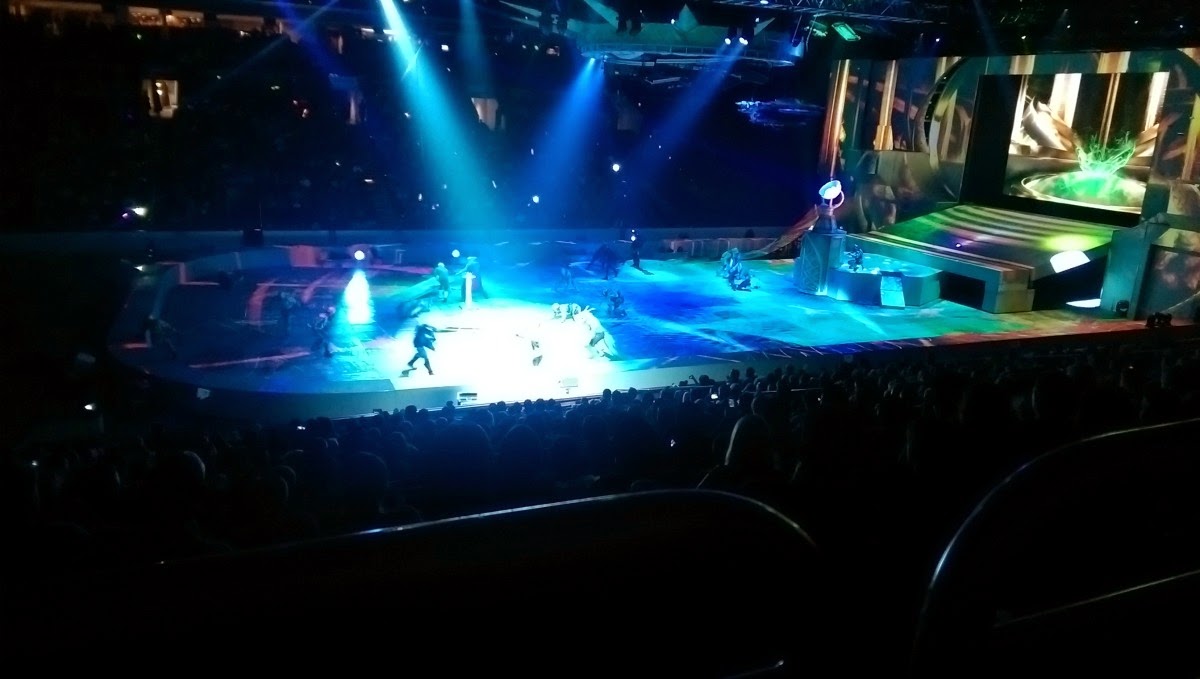 Marvel Universe LIVE! was chocked full of amazing stunts; from super heroes flying through the air and motocross tricks to big fight scenes and pyrotechnics. I absolutely loved seeing Marvel Universe LIVE! and enjoyed every aspect of the show. It was by far the best performance that I have ever seen and something that I know my children would appreciate. I already promised them I would take them when the tour comes to Milwaukee in March of 2016! 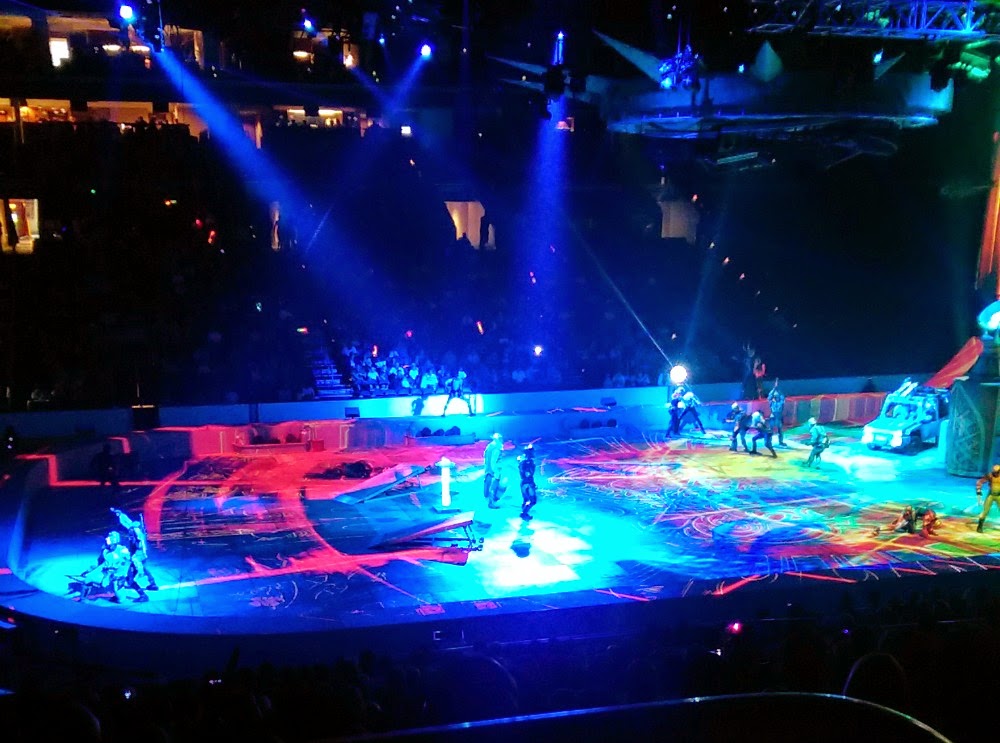 Marvel Universe LIVE! will be touring across the United States and you can check on tour dates and ticket prices. There will also be international shows coming soon! Trust me, this is no show that you will want to miss. I’m a grown woman, went without kids in tow and I had an epic time! I mean seriously, who doesn’t love super heroes?! 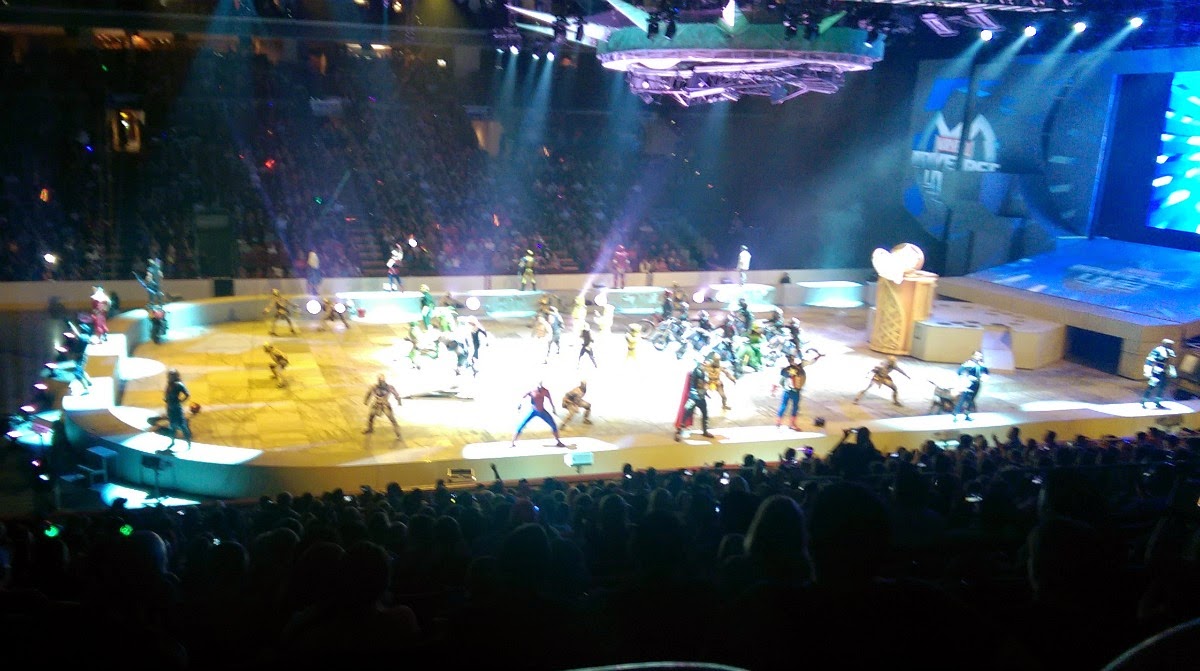 Who would you be most excited to see at a Marvel Universe LIVE! show?

Previous Post: « DIY Button Bracelets
Next Post: Get a Jump on Back to School Shopping with this $100 Kohl’s Gift Card Giveaway! »