Tweet
Pin4
Share
Yum
Share
4 Shares
This shop has been compensated by Collective Bias, Inc. and its advertiser. All opinions are mine alone #CollectiveBias
For more ideas on how to create your own #BackyardBash, check out the Tumblr page at www.drpepperbash.com 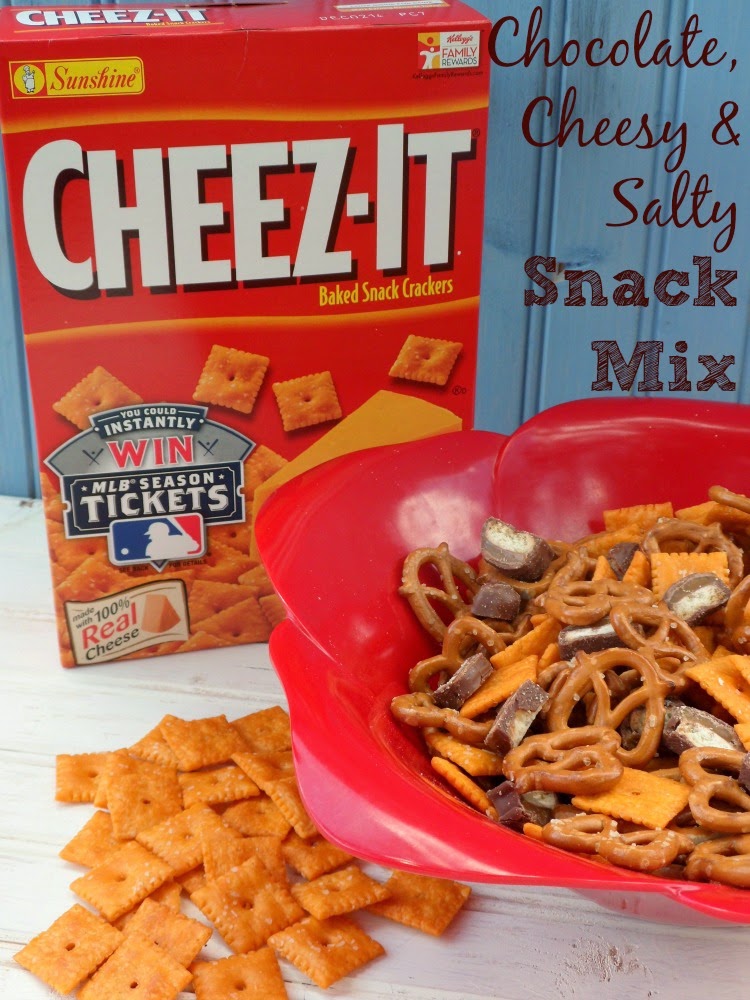 With grilling season in full swing, we often throw spur of the moment outdoor parties. It’s so hot out, so everyone wants to come out for some fun on the lake. Of course, I like to play good hostess, so I have to make sure that I have staples on hand. We like to stock up on snacks, food for the grill and ice cold drinks like Dr Pepper. 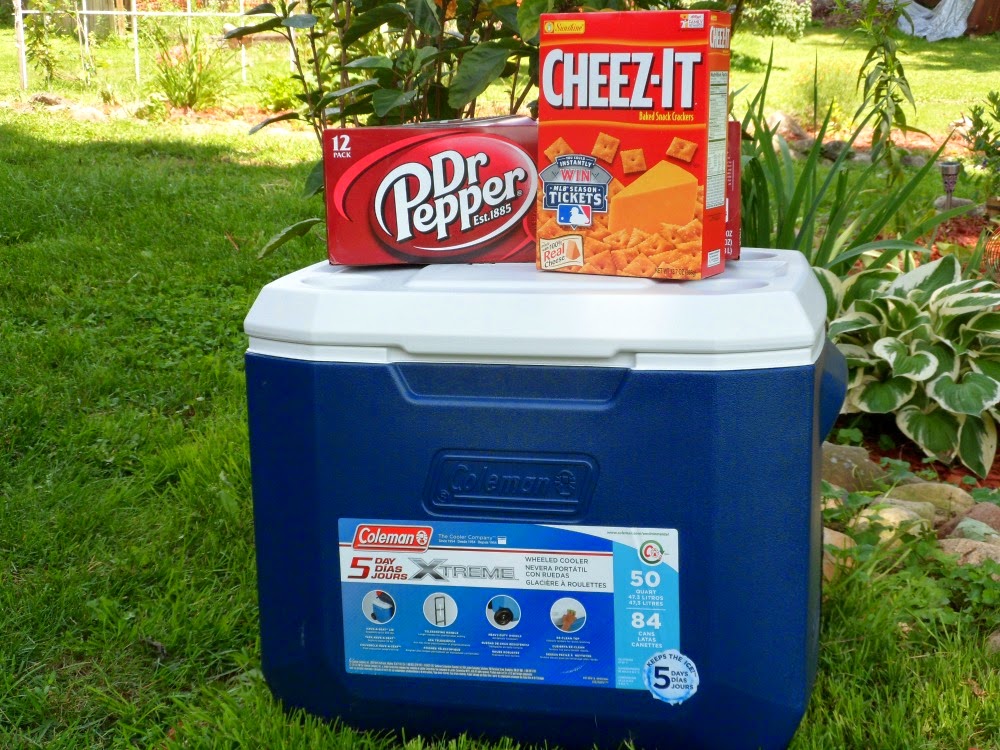 We had some of the neighborhood kids over last week, so I thought it would be fun to make a homemade snack mix and a game for them to play. Through the years, I’ve noticed that it’s helpful if we can keep the kids occupied with snacks they like and a group activity. 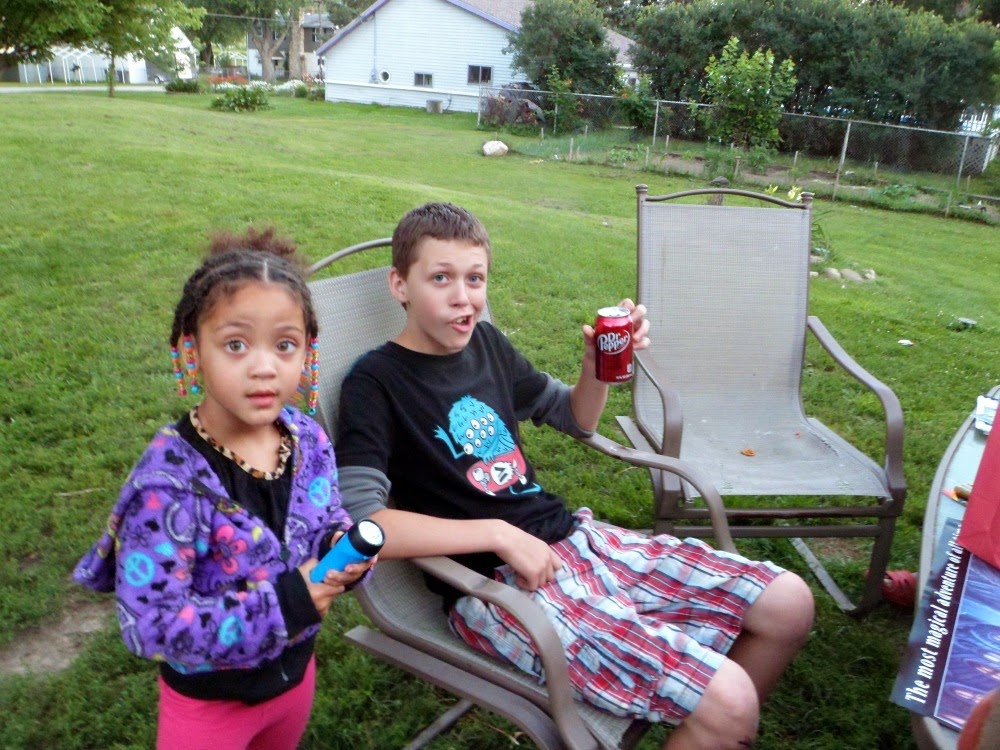 I wanted something that would be fun for all of the kids since they varied in age from 4-14. Then I had an idea that I was sure would be a hit with them all – a DIY Ping Pong Toss game.

This game was so easy to make and my kids actually helped with the fun project. All of the supplies are things that we had around the house, and I’m sure you do too! The only thing that I had to buy were the ping pong balls. 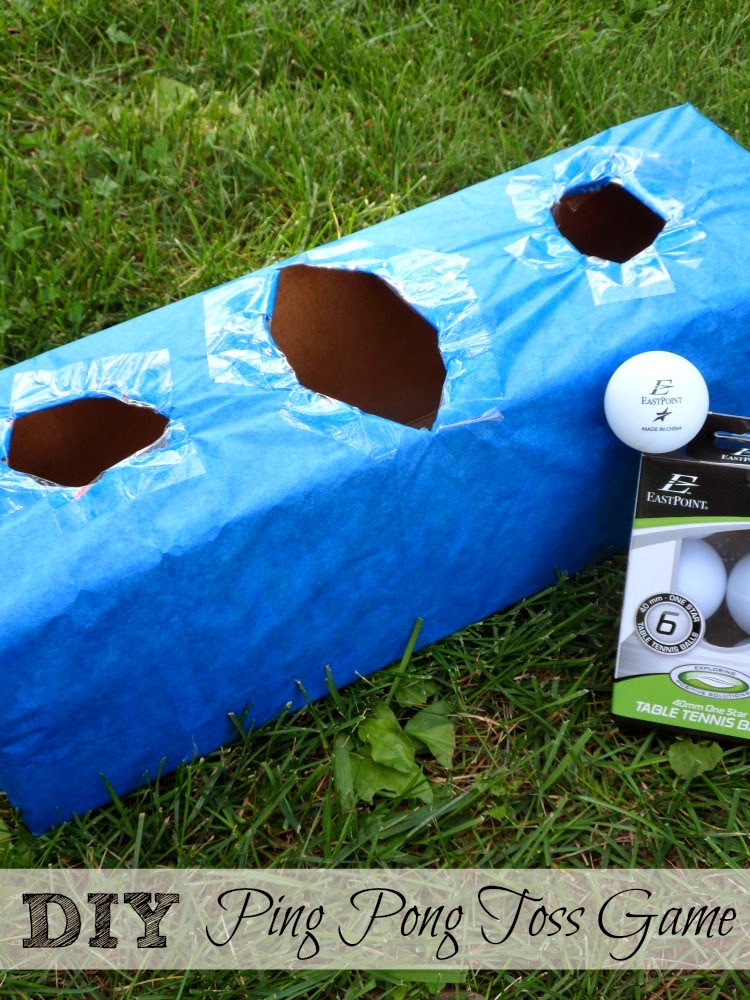 How to make a DIY Ping Pong Toss Game 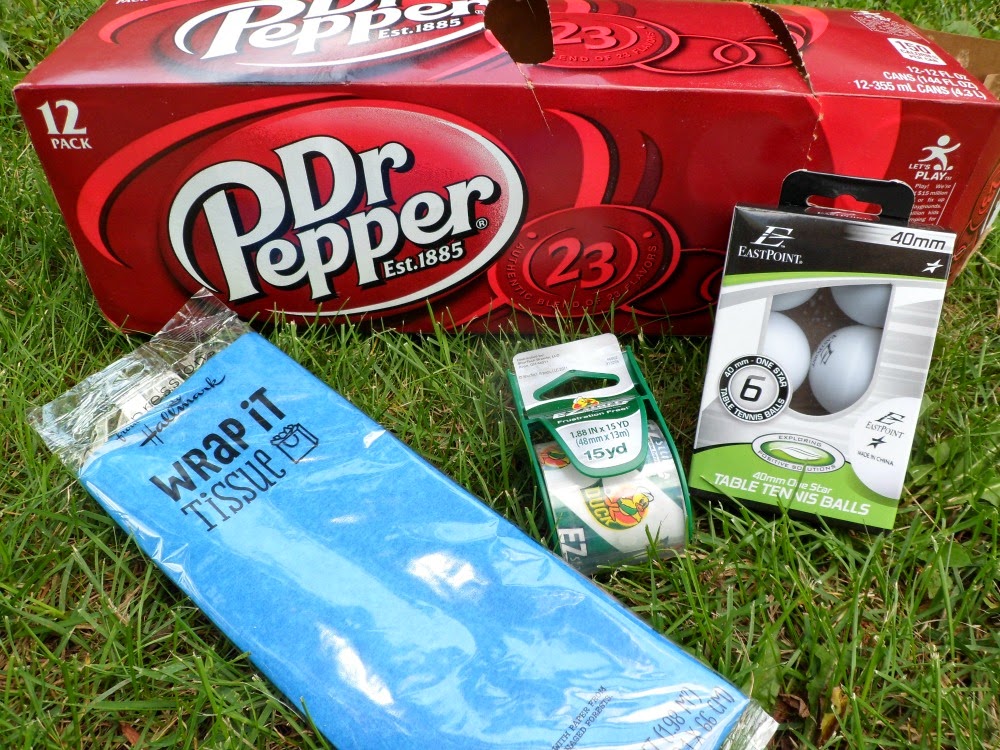 You’ll start by taping off the area that you opened to get the cans out. 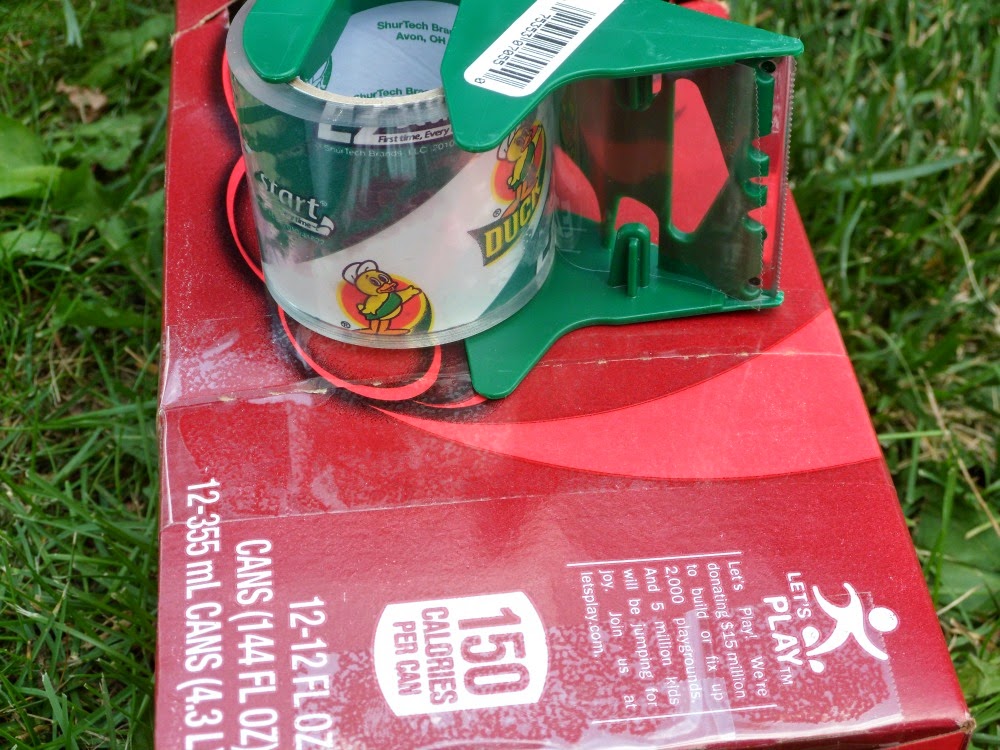 Next you’ll take the scissors and a large hole right in the middle, where the handle is. You’ll basically just make the handle hole bigger. After you’ve cut that hole, you’ll want to cut two smaller holes on each side of it, making sure that they’re just big enough for a ping pong ball to get through. 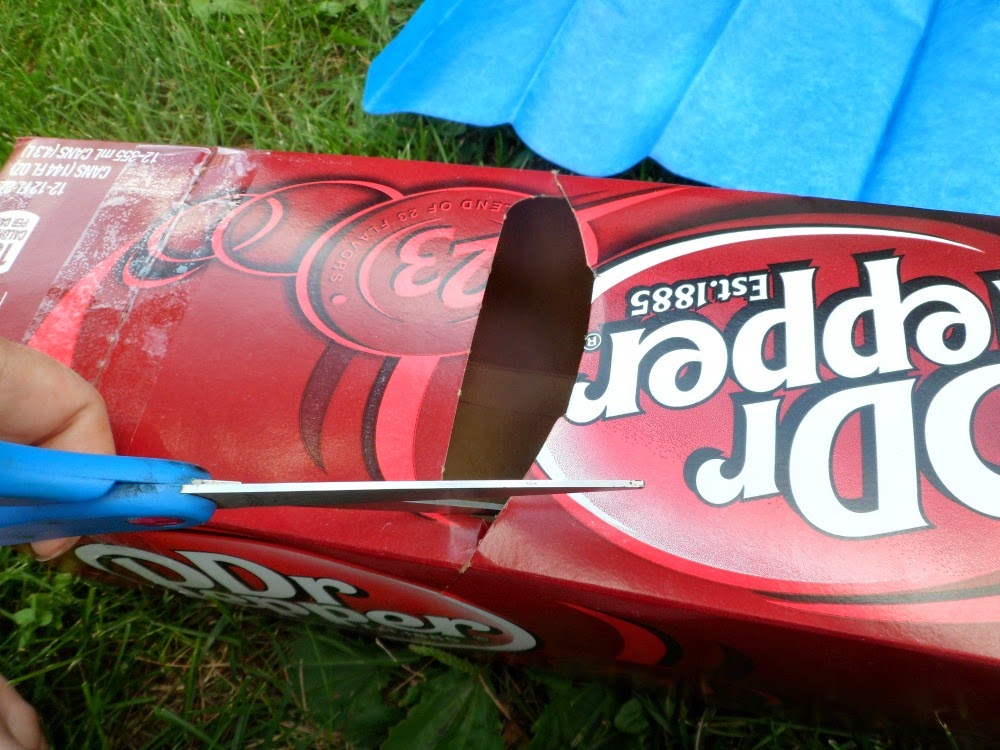 You’ll wrap the entire box in tissue paper. I used two layers to make it a bit stronger. Then you’ll stab the scissors through the tissue paper where your holes are, fold the tissue paper down, then take all around to make sure it stays secure and doesn’t rip. 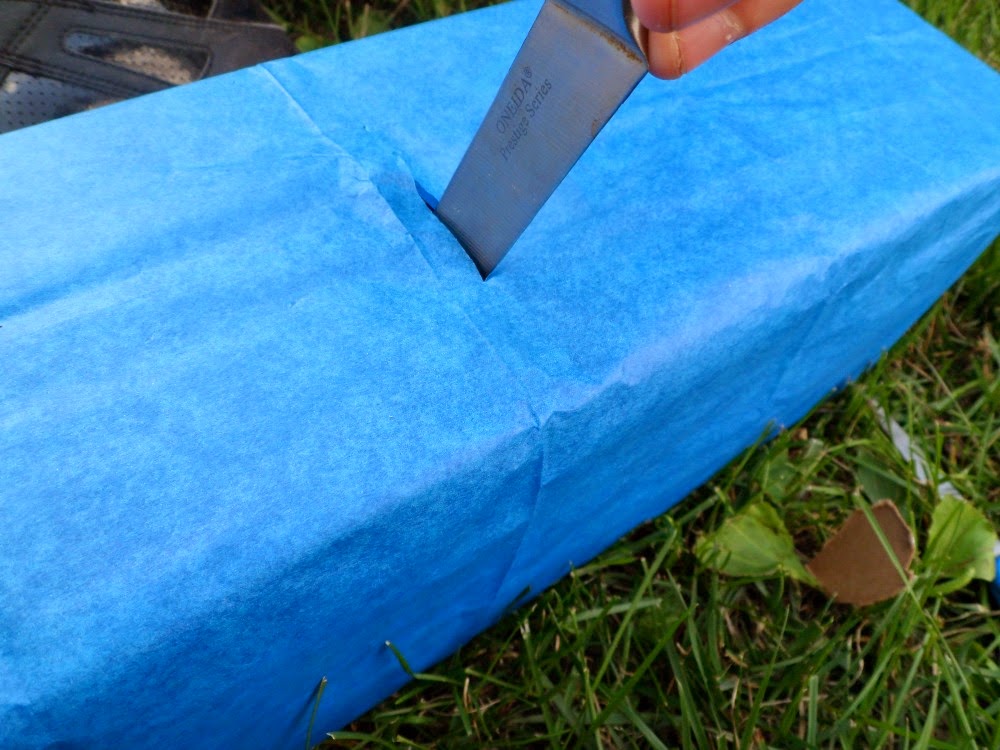 Have kids go in order, from youngest to oldest, giving each child 6 ping pong balls at the start of their turn. Designate a line for the kids, depending on their age/arm length to make it fair for everyone. They’ll have 6 chances to get their balls in the holes. You can use any point system that you like – we did 1 point for the large middle hole and 5 points for each of the small side holes. The first child to 10 points wins the game.

This game is much harder than it looks, so everyone was really trying their best to get the balls into the holes. It took about 4 rounds until someone finally got to 10 points. The kids wanted to keep going after that. Who knew such a simple homemade game would be this big of a hit! 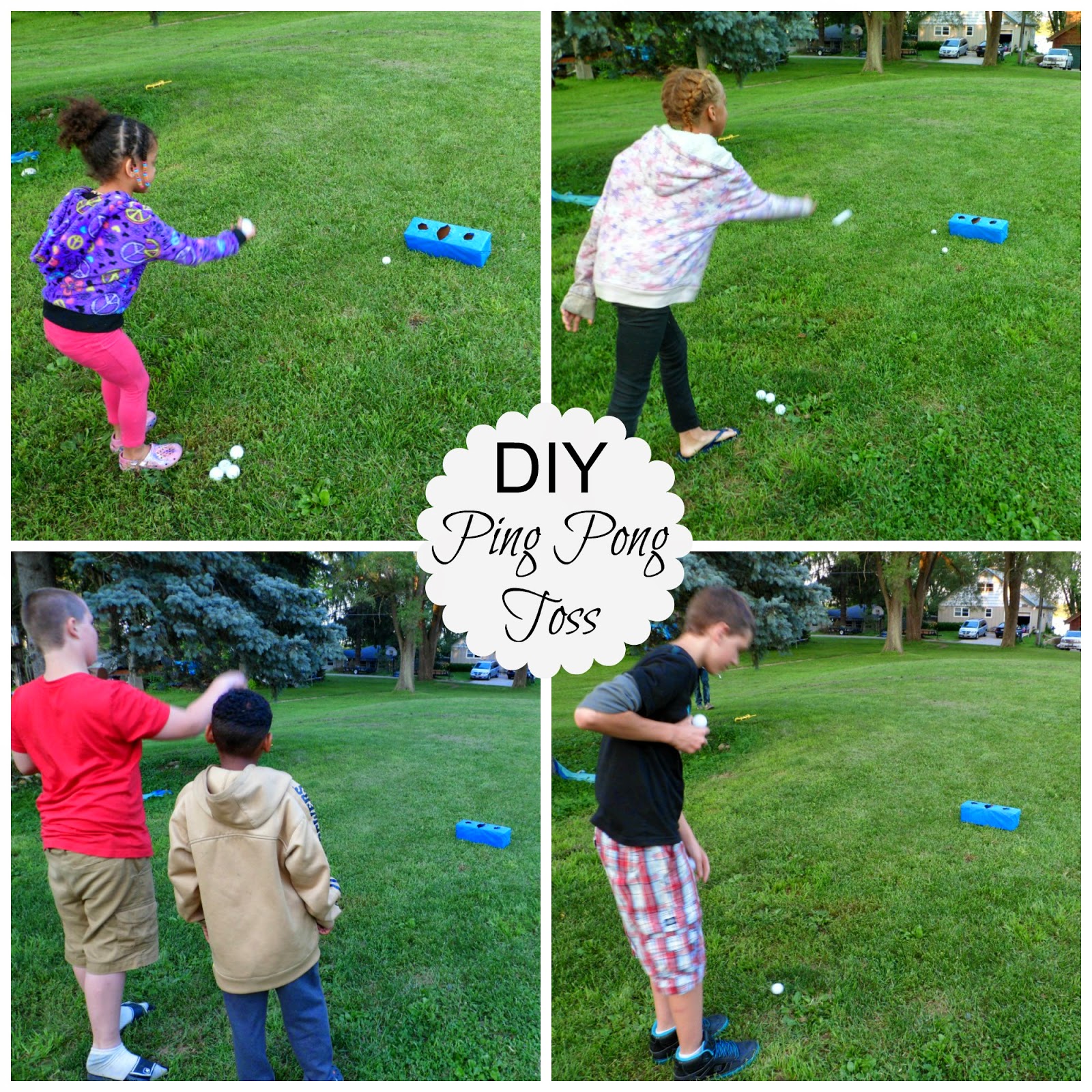 After the game, the kids got to refresh with some ice cold Dr Pepper and eat some snacks to regain some of that energy! 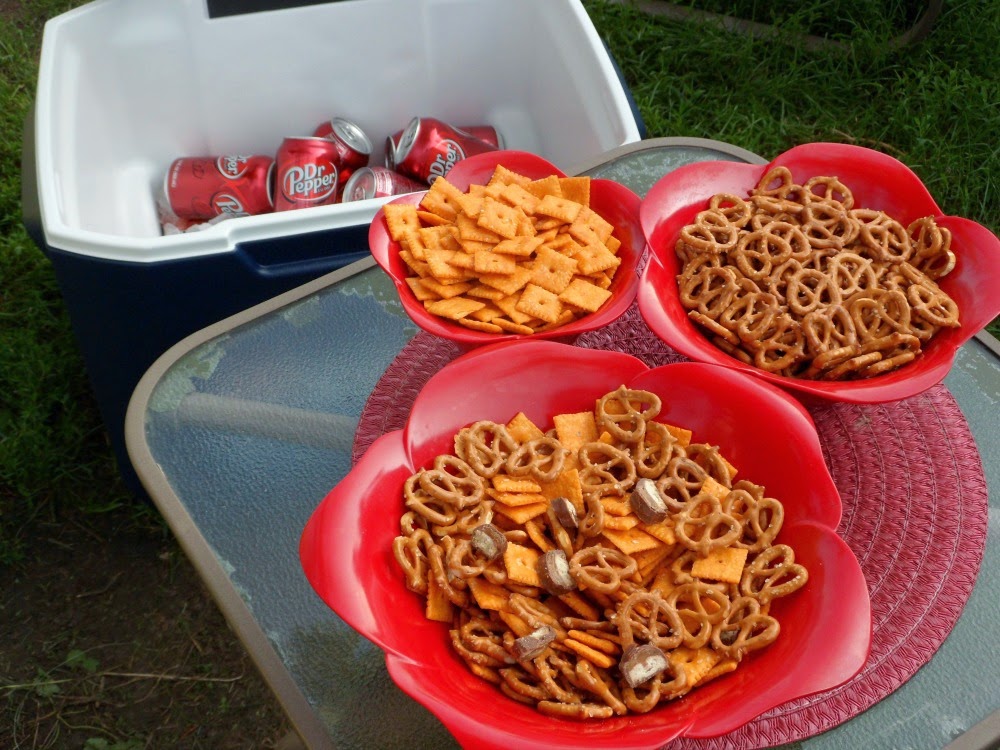 The Chocolate, Cheesy & Salty Snack Mix was really simple to make, buy the kids devoured it. Quite a few of them asked me to make it again for our next gathering! 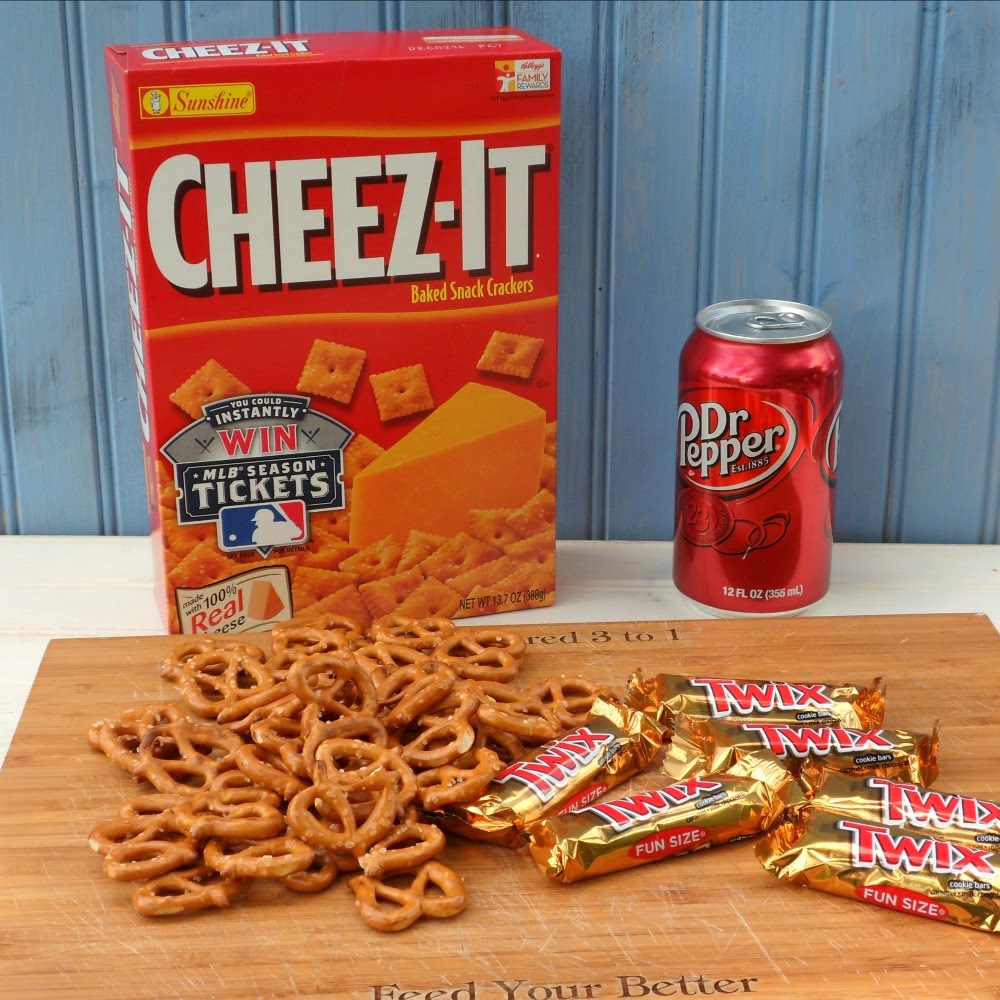 Simply put it all in a bowl, toss to mix together, then enjoy!

Previous Post: « My Chord Friendship Bracelet Maker is Easy to Do and Lots of Fun
Next Post: Made With Love Ceramic Imprints are a Wonderful Keepsake Plus Giveaway »