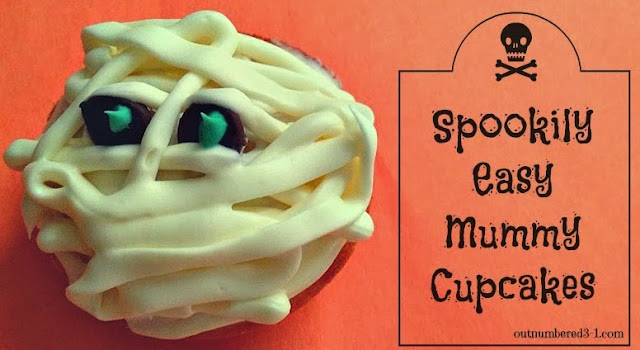 I love Halloween. So does Sonshine. I’ve been all over Pinterest, but a lot of yummy recipes looked time consuming, over done, and in a house of just three (and mom on a diet!), some stuff seemed like too much sugar. So, I decided to pick a Halloween monster that always seems to get overlooked and on that would make a quick treat! 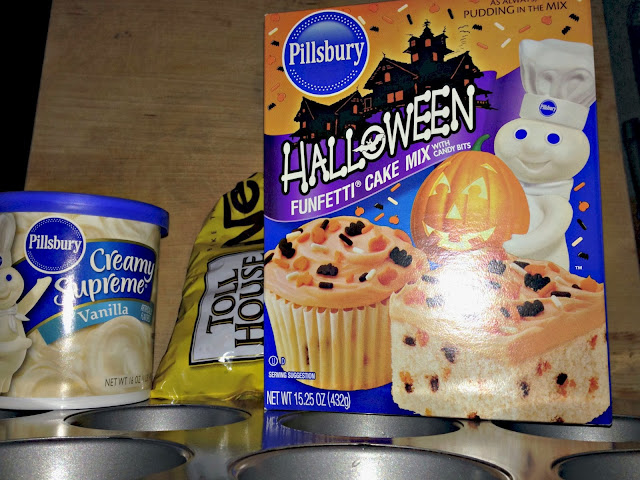 Yes. I really, really cheated with this homemade recipe. But, you can make your own batter and frosting if you’d like. I was going to get crazy with a yummy vegan cupcake recipe along with an easy vanilla frosting, but, Sonshine spotted the Halloween Funfetti Cake Mix at the store and, well, have you seen those big blue eyes? So… Buy a cupcake mix, vanilla frosting, and some chocolate chips (or just use M&Ms). Make your cupcakes according to the box. I went for just egg whites and I substituted milk instead of oil, just FYI. Let them cool. 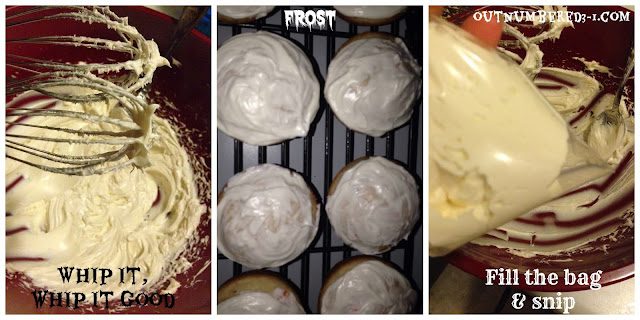 Put your frosting in a big bowl and whip it for a few minutes. You’ll get double the frosting this way as it’s infused with air. Next, lightly ice your cupcakes. This doesn’t have to look pretty. Just make sure the top of the cupcake is covered. Then put the remainder of your frosting in an icing bag or make your own by using a Ziploc bag and snipping the end (like in the picture). 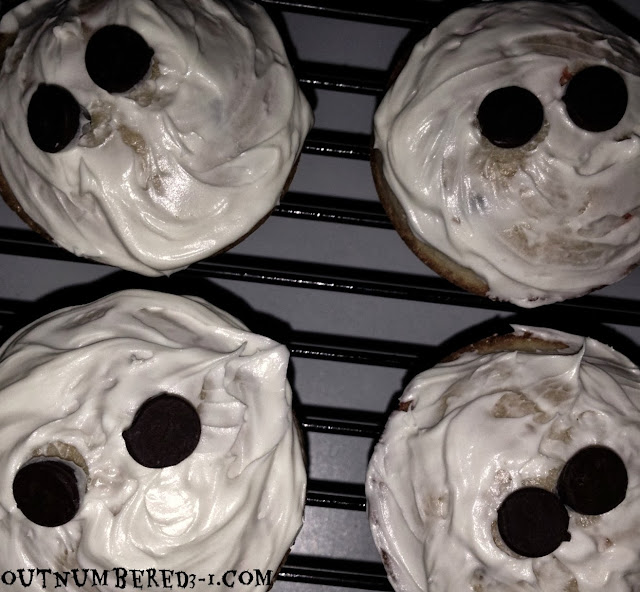 Use the chocolate chips as eyes. Stick two into the cupcakes, next to each other. Now take your baggie of frosting and zig-zag across the cupcakes. Make sure you don’t cover the eyes, just encompass them. Once you reach the end, zig-zag the other way for an even coverage. 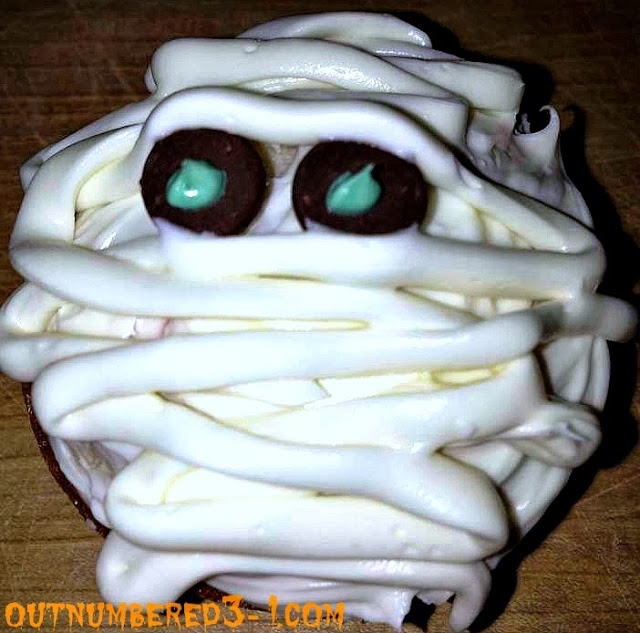 Color any remainder frosting, we used green, but red makes them even spookier, and lightly dot the chocolate chips. Instant eyes!

Just a note: Let the cupcakes cool all the way or the chips will melt. Not so spooky then!

Enjoy! Let me know in the comments below if you make these! I’d love to hear!