We’re all about “Game Day” here in Wisconsin. After all, they don’t call us?Cheese Heads?for nothing! We love our beer and our food, especially during football season. I’m always looking for?new everyday?recipes that I can serve up for game time and this weeks?Pick ‘n Save?circular provided me with great inspiration! They have a huge sale on different cuts of steak, so I thought some Bacon Steak Bombs would make a very tasty game day appetizer. 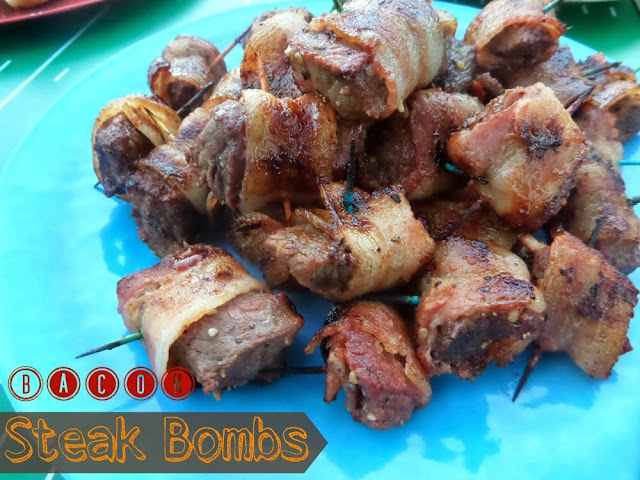 Pick ‘n Save has sort of re-branded their Milwaukee area stores and now offer even more deals for shoppers. You can get load-to-card coupons in addition to the regular Fresh Perks sales that are automatically loaded onto your card and in circular clippable coupons. They’re simple to load – just visit the website, pick your coupons, load them and hand the cashier your card. Then watch the savings roll in! My cashier was actually quite impressed when she realized I had saved over $75 and paid around $150 for an entire cart full of groceries. I ended up saving about 33%! 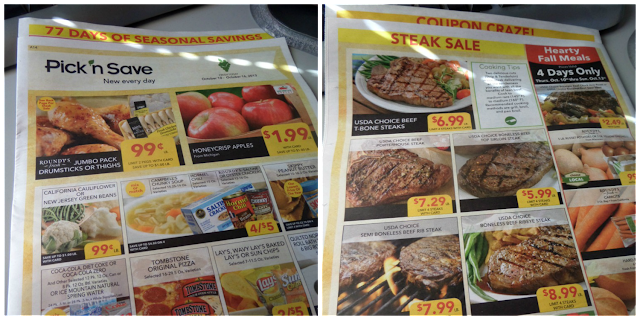 #MyPicknSave is usually my go to place for meat, fruits and veggies around here because it is the freshest and the have the best selection. That’s part of their “New Every Day” philosophy and their mission to drive an entire organization. I know this busy mom sure appreciates that!

I figured I should save a few bucks and stock my freezer with meat while it’s on sale. With my large family, that’s the most economic way to do things. Then of course, I got more tailgating inspiration. I thought BBQ Ribs would be perfect for game day too! 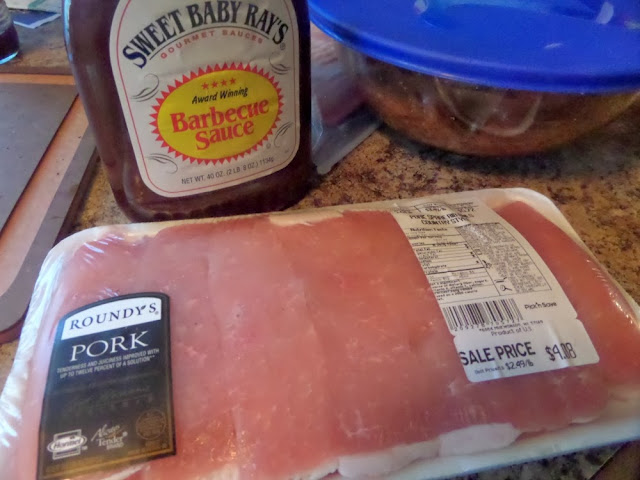 So I spent yesterday afternoon slaving in the kitchen. Actually no, I’m kidding. Everything was pretty simple and quick to make – except for the grilling part, though that was the hubby’s job!

To prep the Bacon Steak Bombs, I started out with my homemade steak marinade, which I’ve shared the recipe for below. Then I cut a chuck roast into one inch chunks and tossed them into the bowl of marinade, making sure each piece was soaked, then covered?and refrigerated for an hour. After that, I wrapped each chunk of steak with a half slice of bacon – super simple! 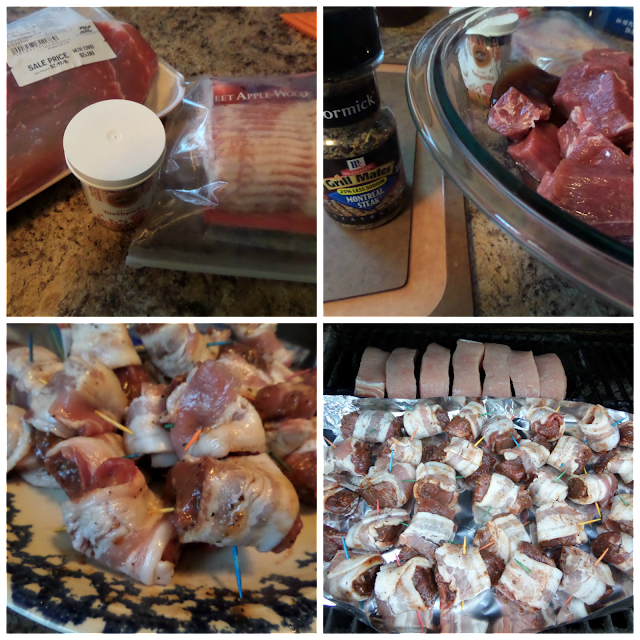 Now the key to grilling these is to use tinfoil so that the bacon grease doesn’t make the flames kick up into overdrive. I just took a long sheet, folded up the sides, then crunched the corners so it would stay. I then set that on the grill and arranged the Bacon Steak Bombs on it. 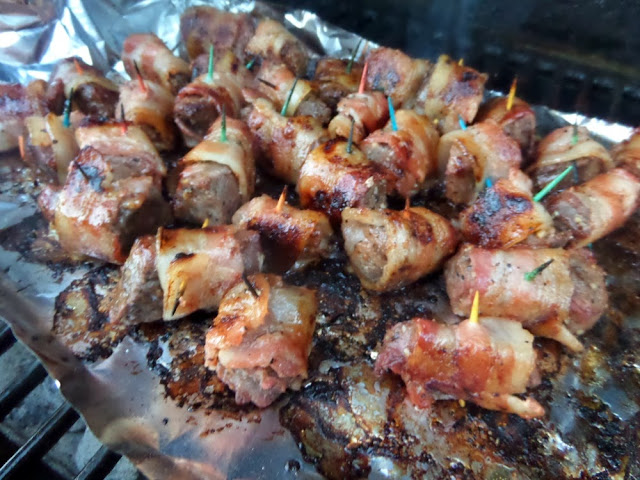 The hubby slow cooked the ribs and steak bombs over the grill for about an hour and they turned out perfect! When all was said and done we had an awesome tailgating spread with Bacon Steak Bombs, BBQ Ribs, Mozzarella Sticks and Jalepeno Poppers. 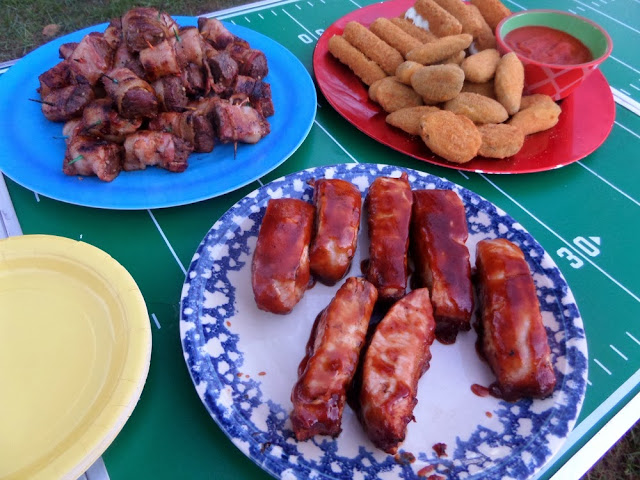 Don’t you want to just dig into the Bacon Steak Bombs right now? I’ve included the recipe for them both below! 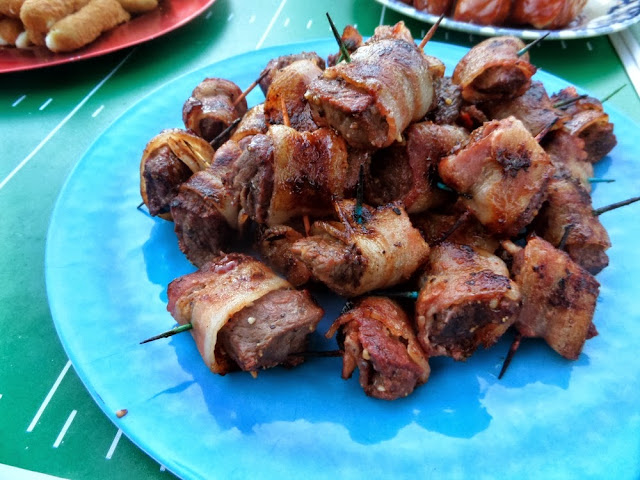 Directions:
Mix all ingredients together in a glass bowl or dish.
Bacon Steak Bombs
Directions:
Cut roast into one inch chunks, then place into your marinade, cover and refrigerate for one hour. Cut 1 lb of bacon in half. Wrap a half slice of bacon around each chunk of steak, secure with toothpick. Place on foil sheet on grill, turning every 10 minutes until bacon is cooked through; about 1 hour. Serve them up on a platter and enjoy!

These can even be taken to a party. You can easily reheat the Bacon Steak Bombs in the microwave for a few minutes until warm and they won’t lose any flavor!