You are here: Home / Blog / Lots of Laughs at the Seattle’s Best Coffee #RedCupShowdown with Jeff Mauro at the Wisconsin State Fair
“As an Amazon Associate, I earn from qualifying purchases.”
Tweet
Pin10
Share
Yum
Share
10 Shares

Summertime in the Milwaukee area is amazing! There are always fun things going on, every single weekend! One of my favorite events of the summer is the Wisconsin State Fair, mostly because of the exhibits, animals and food. 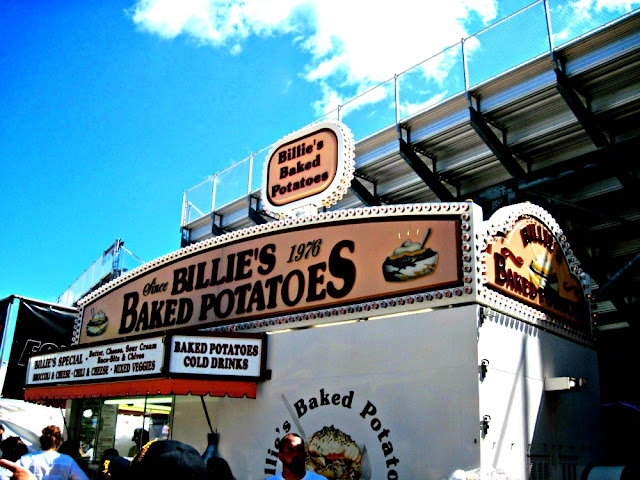 You'll never find as much food elsewhere than you do at the fair. The Man's favorite, which he has to get every year.. a Billie's Special from Billie's Baked Potatoes. 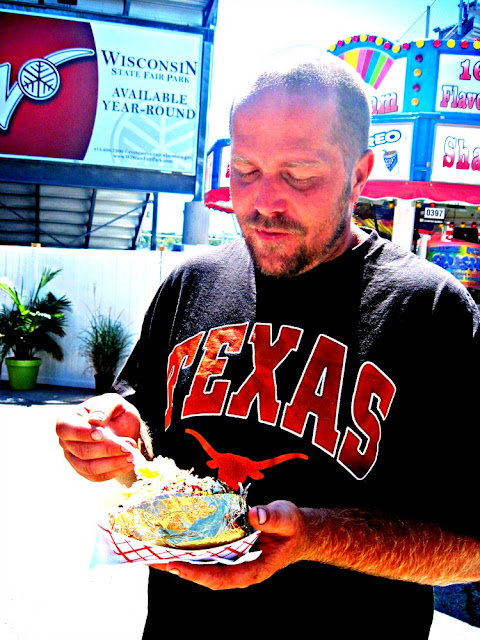 This past Sunday, just him and I took off on a venture to the Wisconsin State Fair. Aside from the food and animals, we were on a venture to check out the Seattle's Best Coffee #RedCupShowdown in the Horticulture Craft and Culinary Pavilion. In the #RedCupShowdown, contestants from across the state would compete against each other, trying to create the most delicious coffee concoction using Seattle's Best Coffee. 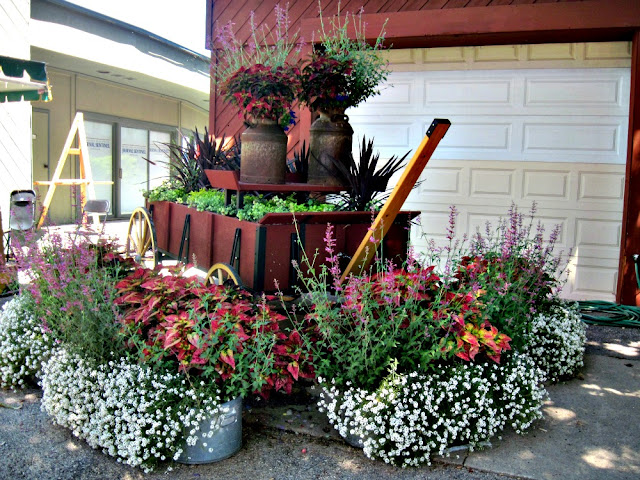 After walking around the fair for a bit and finding some delicious food along the way, we made our way to the Horticulture Craft and Culinary Pavilion to see what was going on. We walked through the entire building, then finally saw the big sign for the #RedCupShowdown. We walked over to talk to the PR girls and we ran into Maureen from Wisconsin Mommy. The girls said the show was running a little late, so we had time to check out the Seattle's Best Coffee booth where they were giving out free samples! 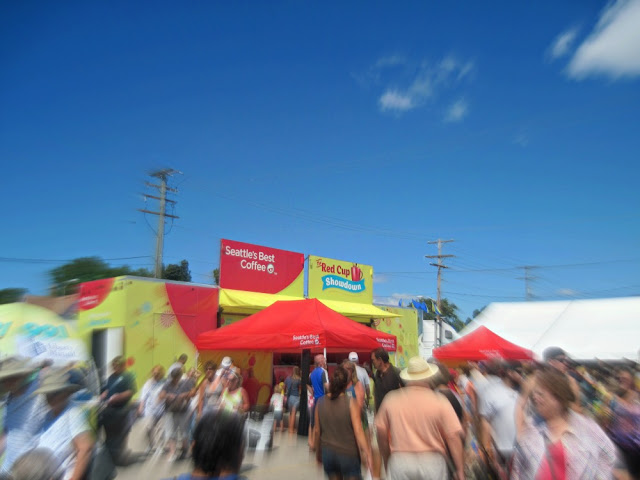 Maureen and I thought we had lost our minds, because we could not find their booth for the life of us! Just as we were saying something about better signage, we saw it. It was one of the biggest signs out there, so I guess the joke was on us! 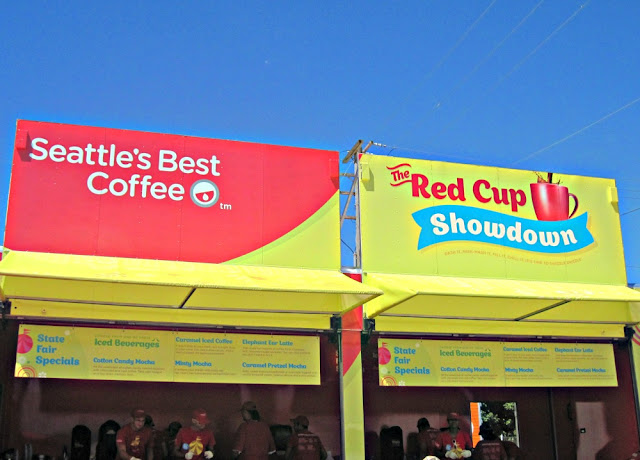 They had a huge trailer set up and were giving out samples of delicious coffee treats. Maureen and I both headed straight for the Elephant Ear Latte. 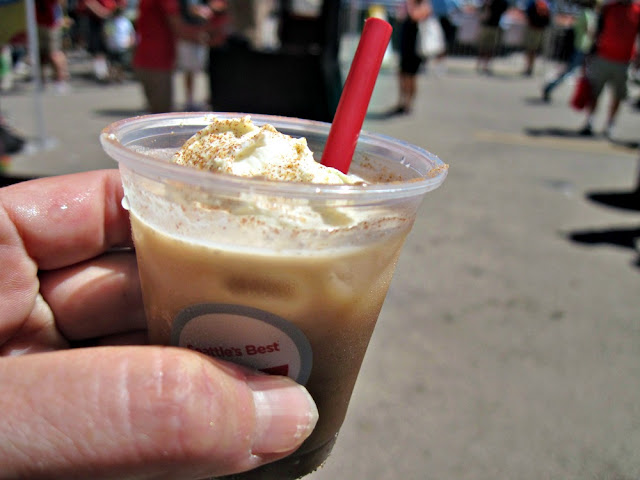 One taste and I was hooked. I could have drank a gallon of the stuff, iced deliciousness!

Of course, we couldn't leave the area without getting our photo taken inside the red cup! We were there for the #RedCupShowdown after all!

There were a lot of fun things going on at the Seattle's Best Coffee booth, including a prize wheel. We didn't want to be late for the #RedCupShowdown though, so we headed back to the Horticulture Craft and Culinary Pavilion to see Jeff Mauro in action!

Oh, did I forget to mention him? Well, TV Chef Jeff Mauro was one of the judges and that boy sure held the show! He had Maureen and I laughing through the entire two hour show! And yes, we did get to meet him! 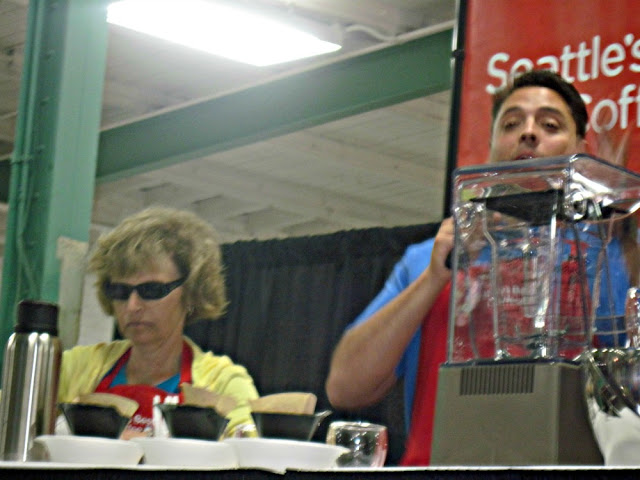 This woman was in the very first round of contestants. Jeff, sly little comedian that he is, kept teasing her about wearing her sunglasses indoors. She was a trooper though and just laughed right along with him.. and everyone else! Now that's the kind of personality I like! 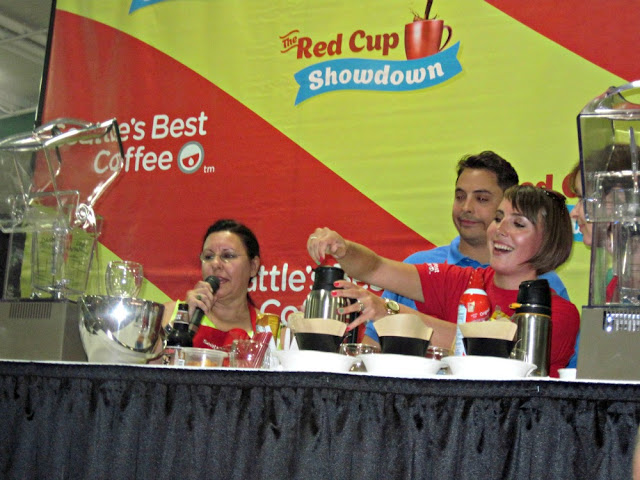 Lois Tongard was great too, she kept taking the microphone from Jeff! She;s not too far from me, in Pewaukee, Wis. and she claimed third place for her recipe "Roll Out the Barrel Iced Coffee"! She had to do a last minute substitute with Sprecher Root Beer a day or so before. I think she must have found out that the recipe couldn't actually contain alcohol! 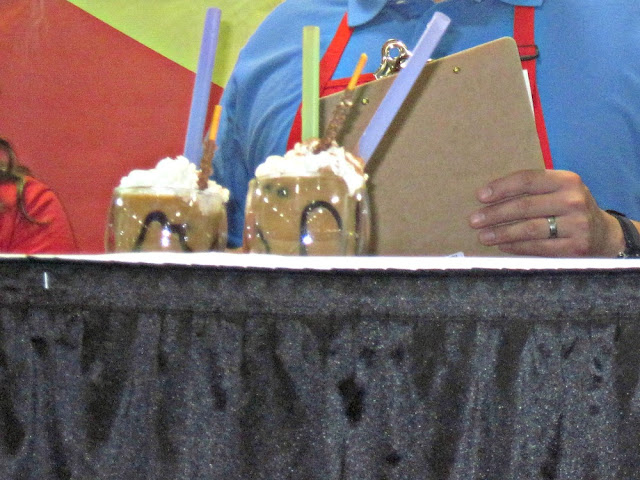 I don't remember the name of this recipe, but it looked absolutely delicious! It was too bad they didn't hand samples of the contestants' recipes to the crowd. However, they were passing out samples throughout the show and we got to try the Minty Mocha, which was pretty darn delicious! 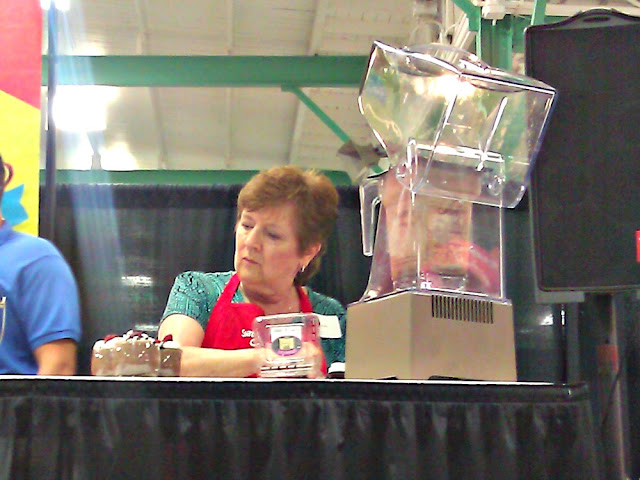 Here's Barbara Strahler and her "Chocolate Razz Treat" that ended up taking home the blue ribbon! Barbara won $500 and a trip for two to NYC to compete against contestants from the other state fairs as well as the Facebook winner!

1st Place: $500 and free Seattle's Best Coffee for a year; also a trip for 2 to the Big Apple to compete against other contestants for the $10,000 grand prize!

Roll Out the Barrel Iced Coffee created by Lois Tongard from Pewaukee, WI 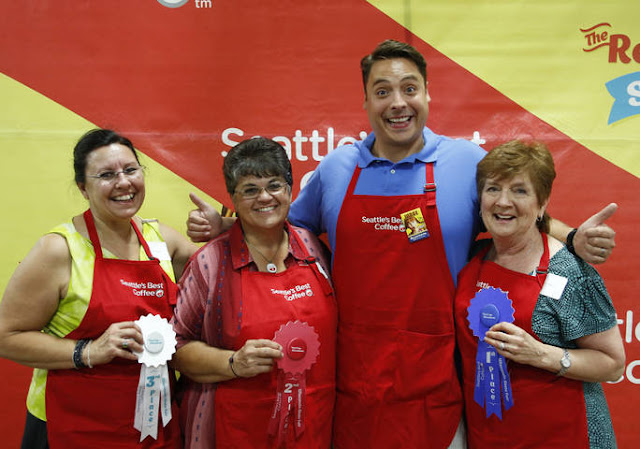 Here's a shot of all of the winners with Jeff Mauro! I think he looks more excited than the girls though. Perhaps he just had too much coffee!

That's not the end of the #RedCupShowdown though. Pack your bags and head to Illinois because Seattle's Best is heading to Springfield for the Illinois State Fair! 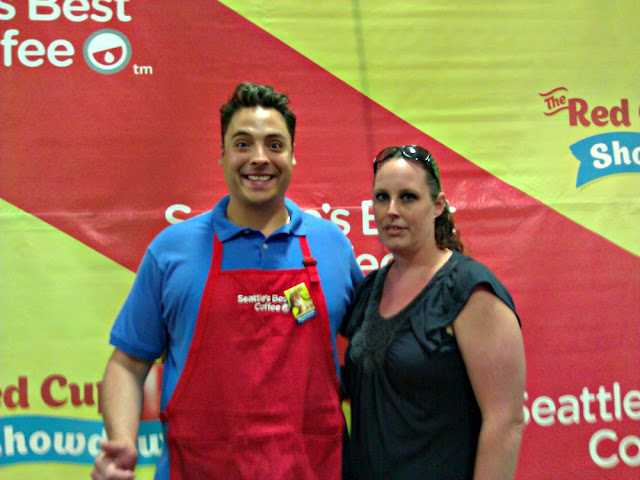 Oh, and yes, I did get a photo of me with Jeff. 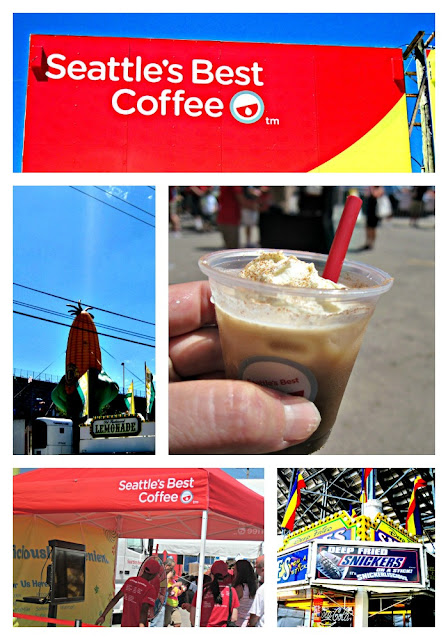 I am a member of the Collective Bias? Social Fabric? Community.  This shop has been compensated as part of a social shopper insights study for Collective Bias? and Seattle's Best Coffee #CBias #SocialFabric. Opinions expressed are my own, take it or leave it!