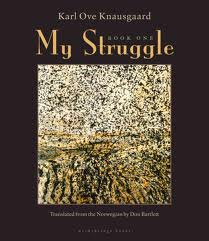 This book took me awhile to read, but time is something owed to a great literary piece of art. You can’t just sit and swallow something so serious, so raw and honest; you have to take the time to absorb what you are reading and as this book is the account of a man’s life, you have to listen.

To compliment the book there is a list of music that the Archipelago Books had paired with it, classic rock and new wave that weaves in and out of his time as a troubled adolescent and the rock fantasies of his youth. I do recommend it, if for a quiet background sound while reading. I read the first have of the book without the music and then the rest with it and it made just enough difference in ambiance. That and a cup of coffee. The list can be downloaded from Spotify and has tunes such as:

Almost ten years have passed since Karl O. Knausgaard’s father drank himself to death. He is now embarking on his third novel while haunted by self doubt. Knausgaard breaks his own life story down to its elementary particles, often recreating memories in real time, blending recollections of images and conversation with profound questions in a remarkable way. Knausgaard probes into his past, dissecting struggles – great and small – with great candor and vitality. Articulating universal dilemmas, this Proustian masterpiece opens a window into one of the most original minds writing today.

Some of the greatest novels ever written have been about the struggles between a son and his Father, about the troubles of growing into manhood – both in and out of the shadows of Fatherhood and then oneself being that Father; this one does justice to the theme. As Karl Knausgaard looks into his memories of his Father, counting footsteps and deciphering sounds of approach, reflecting during a time when he was the age as Karl had been; you are met with another time and landscape. He vividly takes you back into his memories, with his fears and adulation’s as a young child that goes from wonder, to troubled, to hopeful, to lost, to afraid and once again reflecting. This is a 6 volume Autobiography, the beginning always begins well… at the beginning…

Throughout our childhood and teenage years we strive to attain the correct distance to objects and phenomena. We read, we learn, we experience, we make adjustments. Then one day we reach the point where all the necessary distances have been set, all the necessary systems have been put in place. That is when time begins to pick up speed. It no longer meets any obstacles, everything is set, time races through our lives, the days pass by in a flash and before we know what is happening we are forty, fifty, sixty… Meaning requires content, content requires time, time requires resistance. Knowledge is distance, knowledge is stasis and the enemy of meaning. 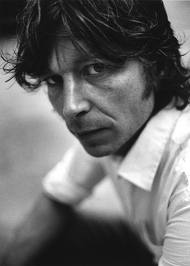 There is something odd about reading Autobiographies. It is as if you are standing outside of various windows, looking in and watching as someone grows, an observer to both the past and present. Unlike many autobiographies I have read, this is an entire epic of his life from book one to book six. He had sat down and wrote with profound skill, every great and small struggle of his entire life and this – My Struggle Book One – was just the beginning for me. It is not only a great literary read, but it also opens your mind to look back on your own life. Often I found myself looking into that window into my childhood when my Mother was the age I am now and sometimes seeing a different face than I often remembered, a face more human, more wane and worked than I remembered. Growing into adults we are capable of looking back without the veil of innocence and seeing these overly large characters of our life as smaller, more realistic versions of ourselves.

If you decide to pick up this book, do not try and read the entire journey in one sitting. Step away, look backwards and forwards, listen to the music and reflect. It will grip you with an intensity that it’s difficult to pull away from, but I found that it was worth taking the time to let things settle in my mind before moving on to another sentence, another paragraph, another chapter and now I am waiting to move onto Book Two.

To the heart, life is simple: it beats for as long as it can. Then it stops. Sooner or later, one day or another, this thumping motion shuts down of its own accord, and the blood begins to flow towards the body’s lowest point, where it gathers in a small pool, visible from the outside as a dark, spongy spot on the slowly whitening skin, all the while the temperature sinking, the limbs stiffening and the bowels emptying. The changes of these first hours happen so slowly and are performed with such an inevitability that there is almost a touch of ritual about them, as if life capitulates according to set rules, a kind of gentleman’s agreement, which even death’s representatives observe, as they always wait until life has withdrawn before they start the invasion of this new landscape.

Connect: You can connect with Archipelago Books on their Facebook Page.

Purchase: You can purchase My Struggle Book One from Archipelago Books for $14.40.