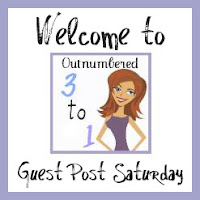 It’s Saturday and you know what that means! It’s Guest Post time! Someone will be here to do a guest post each and every Saturday to share something fun and exciting with you. After reading this, it would be great if you could stop by their blog and show a little love. 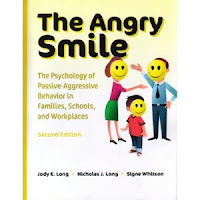 Call it hostile cooperation or compliant defiance. Call it both; passive aggressive behavior is a deliberate and masked way of expressing feelings of anger (Long, Long & Whitson, 2008). Passive aggression involves a range of behaviors designed to get back at another person without that person readily recognizing the underlying anger. If you know someone who regularly uses any of these seven most common passive aggressive phrases, chances are, you are dealing with sugarcoated hostility:

Fine. Whatever!
Passive aggressive persons commonly sulk and withdraw from disagreements as their fundamental way of coping with rising anger. Rather than put their angry feelings into words and express emotions honestly, they use phrases like Fine and Whatever to shut down direct communication.

I?m Not Angry.
The passive aggressive person believes that his life will get worse if other people know of his anger, so he relies heavily on denial when it comes to his emotions. His angry smile often betrays his words, however. Whenever there is a discrepancy between a person’s actions and his words, trust body language to reveal authentic feelings.

I Didn?t Realize You Wanted It Done Now
Temporary compliance is a passive aggressive strategy in which a person verbally complies with a request, but behaviorally delays its completion. While everyone procrastinates from time to time, the passive aggressive person habitually puts off chores to infuriate the requester.

I Didn?t Know You Wanted It Done Like That
A slightly more sophisticated strategy is that of intentional inefficiency. To those passive aggressive persons for whom procrastination is too subtle, complying with requests in timely, but unacceptable ways offers more satisfaction?and greater destruction. When a teenage son vacuums so vigorously as to leave dents in wooden end tables and a disgruntled employee e-mails essential files in an unreadable format, they ensure the frustration of those who dare to ask for their help. If confronted about their sloppy standards, both play the role of victim, claiming that ?your standards are too high? or ?you just want everything to be done your way.?

Can?t You Take a Joke?
Most of the time, the passive aggressive person offers a backhanded compliment that doesn?t sting until later or presents an unwanted gift whose subtle insult isn?t realized right away. Every once in a while, though, their cruel jokes or sarcasm are just over the top enough that their hostility is revealed and they are confronted directly. When this happens, their knee-jerk reaction is to, again, play the victim and wonder aloud ?why you are getting so upset over something that was obviously meant as a joke??

I?m Just Saying
Just as their sarcastic humor sometimes reveals more of their anger than they?d care to acknowledge, at times a passive aggressive person must defend his hostile words with, Im just saying,? a phrase designed to deny angry feelings verbally while affirming hostile intent.

Do you know anyone who wears an angry smile and makes you feel like you are on an emotional roller coaster? How do you cope with sugarcoated hostility? Do you tend to mirror someone else’s passive aggression and end up behaving in uncharacteristic, conflict-fueling ways? Are you more likely to respond with anger, blowing up and proving the passive aggressive person’s theory that anger is a dangerous emotion? Have you learned the delicate art of effectively confronting passive aggression?

Signe Whitson, LSW shares her advice and experiences with passive aggressive behavior on her blog and in a co-authored book “The Angry Smile: The Psychology of Passive Aggressive Behavior in Families, Schools and Workplaces”. She partnered with My Baby Clothes Boutique to provide her message to an even larger audience. Holidays are approaching check out their wide selection of holiday baby clothes with the perfect baby headbands to match.