Remember this post about our trip to Wisconsin Dells and Great Wolf Lodge? Well that was only Day One. Now I’d like to share Day Two with you all. We left in the morning to check out the shops and scenery of the Dells. Once we got back to the hotel mid afternoon, we went right to the water park since the kids were just itching to go all day. It was still daytime and the outdoor park was open, so that was really cool. We got to spend some time playing out there. You do have to walk through the indoor parks to get to the outdoor ones, so we couldn’t resist a pit stop to some of the fun indoor activities. 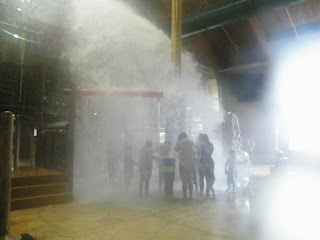 This is Fort Mackenzie which is an interactive play area. All of that water splashing down is from a giant bucket that just dumped 1,000 gallons of water over the roof and onto the people below. When it’s almost ready to dump, a bell starts to ding and all the kids go run under it to get soaked. The boyfriend and I are just big kids at heart, so you better believe we were right under there with them! 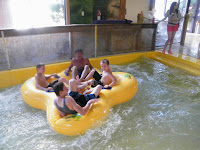 This is the Howlin’ Tornado water ride I was talking about. You drop into a funnel and repeatedly swish and swirl 30 feet up the sides of the funnel, before making a safe splash landing. It is so. much. fun! {but kind of scary too, shh don’t tell them I said that ;)} The kids kept going on it over and over again. Even Lil Man was a trooper. The first picture is from the Great Wolf Lodge website, which shows the inside of the funnel. The second picture is of everyone on the raft at the end of the ride. 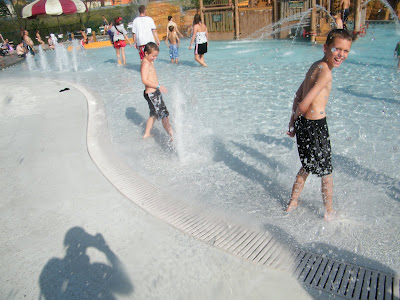 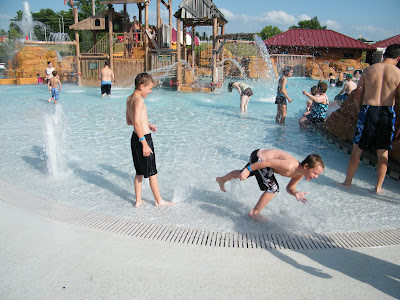 Here’s the boys playing around with the little water spurt thingies. {Yeah, I don’t know what they’re called lol} See my shadow in the top pic? Doesn’t Lil Man look like he’s totally doing a nose dive in the second one? He didn’t fall, and I don’t think he was even about to. 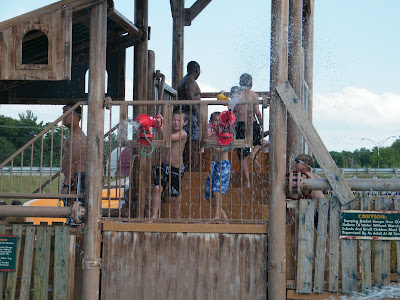 Here they are trying to squirt some innocent bystanders with some water guns! 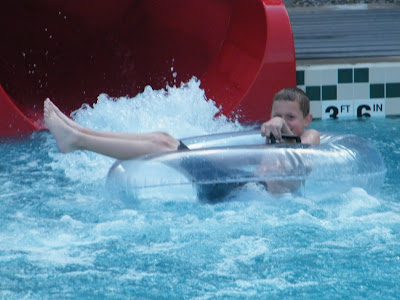 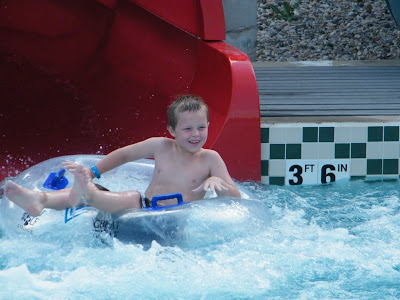 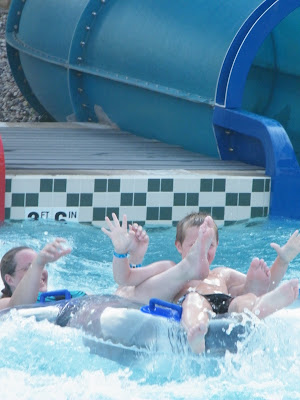 The kids and I had a blast going down the outdoor water slides. I went with them a couple of times, then sat on the steps with my feet in the water and watched. They couldn’t get enough! 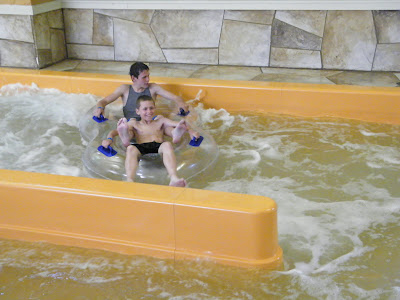 After we were done in the outside park we went to the wave pool area. Unfortunately I do not have pictures of that because i was in there having fun too! Have I told you yet i’m a total kid at heart? I thought so! 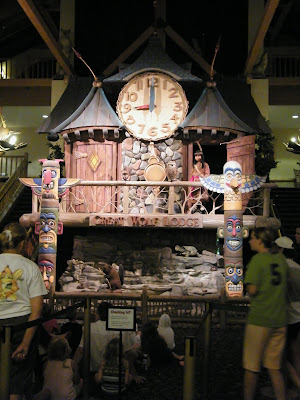 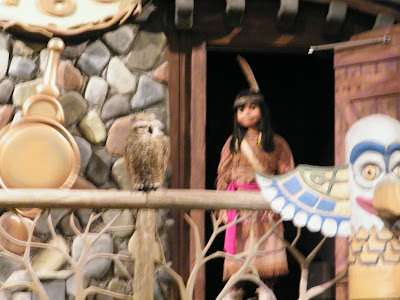 After playtime was over we went up to the room and changed into pajamas. Then we took the kids down to the lobby for the Clock Tower show. The big clock tower you see comes to life and stuffed animals come out and move around telling stories. It is quite entertaining and I enjoyed it just as much as the kids.

Stay tuned for more of our Great Wolf Lodge stay. Stories about MagiQuest are coming up!