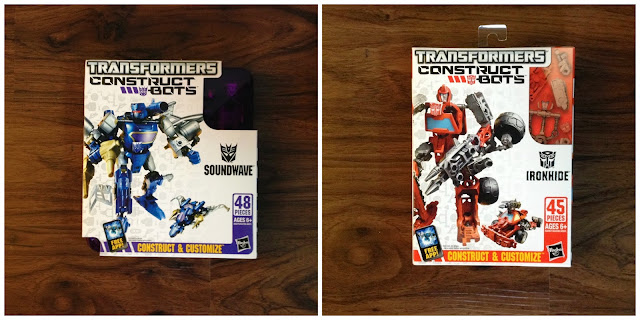 When it comes to building and transforming anything, my 5 year old son is all for it! Hasbro has made using kid’s imagination go even father with the new Construct-Bots Transformers.
Kids can transform Decepticons and Autobot’s into the bot itself and then into a vehicle.
We happily received Ironhide and Soundwave-boy was I happy when these came-all I heard for a week was, “are they here yet?” 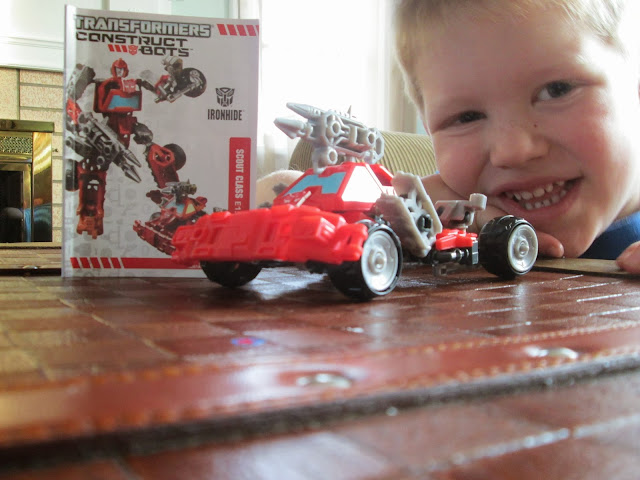 So right away we busted out Ironhide, which is considered a Scout Class Transformer retailing for only $9.99. I helped-simply because my son needed it to snap the pieces together. But other than that they were easy and great to follow instructions. Again he is 5 years old and these Transformers are for 6 years and up….if he can do it your 5 or 6 year old can do it too! 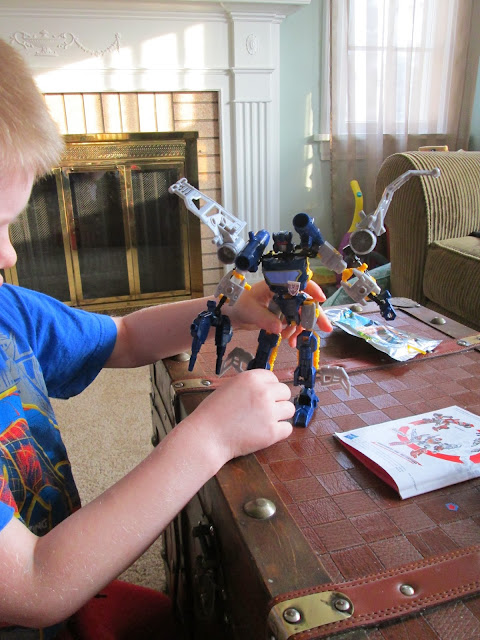 These are his first attempts with Transformers and he had a blast! Here he is configuring Soundwave-which also turns into an awesome jet. Sound wave is considered an Elite class Constuct-Bot which retails for $14.99. This one has a nice tray that carries all the parts that aren’t being used. 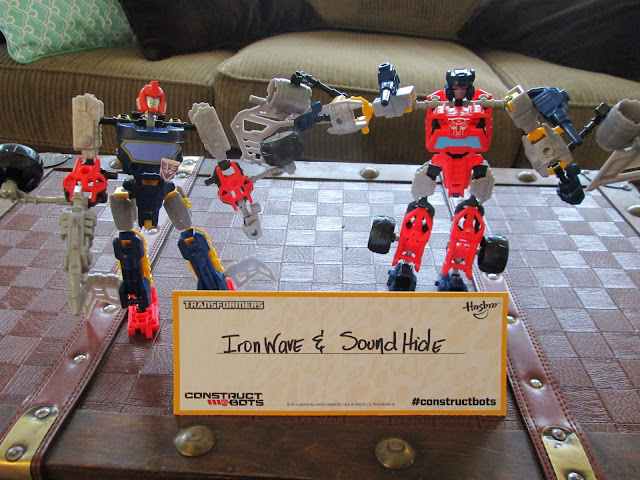 The parts are interchangeable, so with a little imagination this is what my son came up with. When I said ‘little’ I mean ‘little’, he basically swapped out their arms, head and feet. He’s a boy that likes things just so, so this was a big change for him. The main thing is he had a blast doing it, and he was able to express some creativity!
“IronWave and SoundHide is their names, changing body parts is their games!”
Connect: To get more information on these Hasbro Transformer Construct-Bots, you can visit their website.
Buy It!

You can buy the Transformer Construct-Bot Kits at a retailer near you for $9.99 and up!